I have been asked on numerous occasions why I chose to come to South Africa. In fact, the Afrikaans course I took this semester advanced this as a topic for discussion. There is nothing like trying to reach for things you know how to say as a beginner in a language to convey the complexities and subtleties of intention and causality.


For those thinking of studying abroad, I wanted to share some of the thought that went into my decisions (in English, as my Afrikaans is not that good, and yours may not be much better).

For starters, I remember meeting a foreign exchange student when I was young (maybe age 8 or so). I thought that was the coolest thing. It is probably the closest I have ever come to something I would "want to be when I grow up."


I love to travel. Experiencing different places and peoples is a delight, and I love that the world gets simultaneously larger and smaller with each experience I have. There I things I have learned about myself and humans with each exposure to a new place and group of people. Additionally, I enjoy a more mundane form of tourism. When we went to Japan, Fred and I were just as interested in going grocery shopping with our friends as we did exploring Shinto temples and Meiji castles. There, amidst countless products written in a language we could not read, we developed an understanding and gratitude for what it means to be literate. As much as I love 'visiting' places, it is even more wonderful to get to 'be' there. So I relish the opportunity to stay in new places for extended periods.


When I started to return to my education, I saw flyers for study abroad but thought it was closed off to me. I am an older returning student, a transfer student, and a science major. Certainly study abroad was for young humanities and social sciences majors who started as freshmen at the university. I was excited when it was made known to me that I had every right and opportunity to study abroad.

I definitely wanted to study for a year rather than a semester. No one I am aware of has ever come back from a year abroad and said, “I wish I had only stayed a semester” but loads of people have regretted not extending their time abroad.


My original thought was to go to Africa. It is a vast unknown continent with a rich history. The continent has many countries struggling to develop and find their identity following independence from European empires while also contending with modern exploitation in the globalised world. There is a an intensity of experience, a gloriousness of the natural world, and a contrast of cultures that gave coming to Africa a definite allure.


While I enjoyed Europe and wanted to go back, I felt compelled to choose a location that is much more exotic and challenging. It obviously needed to be a school with courses in the biological sciences. At the same time, I needed to go to a place where instruction was in English. The thought occurred to go to Spain or Chile or another Spanish-speaking country to re-start my Spanish language skills that have lain dormant for so long. However, I already need to work my ass off to comprehend the science courses I take (why couldn’t I get inspired to major in something that comes naturally to me?). Trying to figure out the course materials and make sure I am grasping the language used to deliver the lectures sounded a bit overboard.


While there are many different routes one can take to study abroad, I appreciated that the University of California has multiple locations already sorted with their EAP (Education Abroad Program). This means that the location and university have been assessed, there is some sort of reciprocity, and the credits from the time abroad are immediately recognized in the UC system.


In Africa, there were three primary programs that stretch for a year and had some form of science: Senegal, Ghana, and South Africa. There are also semester long, highly-focussed programs in Botswana and Tanzania, but neither of those seemed to suit. The instruction in Senegal is in French, so that was out. My original intention was to go to Ghana. However, I was encouraged to consider South Africa as the University of Cape Town has a much more well-established science faculty.

I have to admit, taking one look at a google-image search for the University of Cape Town was just about enough to sell me on the matter (and sustain my interest through the variety of hoops though which one has to jump...). It is a beautiful campus.


However, there is a difficulty that arises when trying to study abroad across the equator – the academic calendars are staggered. Everyone starts the academic year in the Fall. While our academic year starts in August/September, universities in the Southern Hemisphere start in January/February. This makes it difficult to apply for a year, as you end up straddling academic years (in one place or the other).


On this technicality, I almost passed, but it was suggested to me to look into going to multiple programs. This would allow me to spend a semester (not an inconsiderable amount of time) in a location while also getting to see more places, experience more cultures, study biology in more biomes...


Fortunately, there was also the amazing program in Australia dedicated for biology majors about which I have already written loads.


It is a lot of work to go for two programs, but in my opinion it is worth it. And I have not been the only older student or transfer student that I have encountered on these trips. In fact, three of my friends in SA are also transfer students to UC. It is fun trying to explain transfers to students here, as all universities (varisty in South Africa, unie in Australia) are on the Scottish/British 3-year model, with a fourth year of honours.


Anyways, I do want to say that I have greatly enjoyed South Africa. The city is breath-takingly gorgeous, with Table Mountain playing a central role ecologically, climatologically, culturally, spiritually. It is a somewhat sprawling city, yet oddly compact. It is remarkably easy to get around the city, despite its lack of comprehensive or comprehensible public transportation.

People are friendly, on the whole. At one point, I was declared South African in a group of people due to my presence in the city for longer than one month (I do not know how the deadline of a month was reached to bestow honorary nationality, but I appreciated feeling a part of the group). As I talked with other international students on the eves of our departures, I also realize that I really dove into being in South Africa to a degree that many of my peers did not. I encourage all who come abroad to do the same: 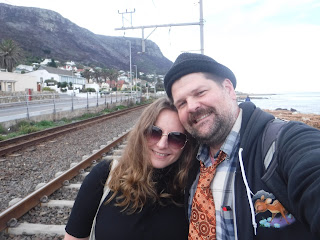 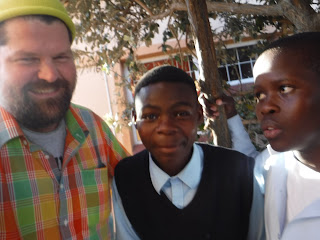 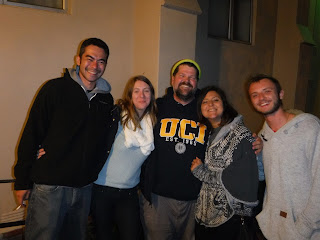 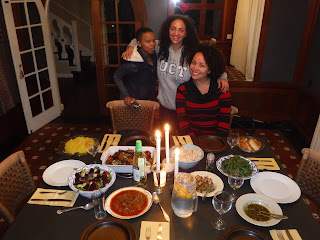 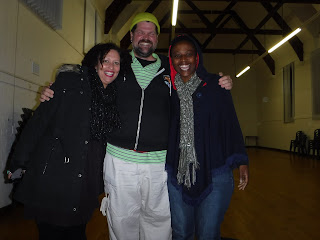 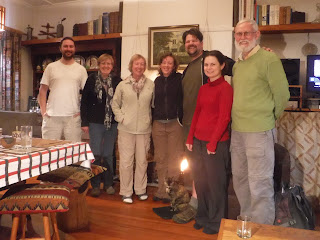 During one of the orientations before I left the US, a speaker encouraged us to take moments in our adopted countries and just experience being there. She recommended not taking a picture (as is our modern knee-jerk reaction) every time we find something beautiful. Rather, she suggested just sitting and making mental note of the sounds, smells, and feelings, in addition to the sites. While I have taken a fair number of photos, I also have spent time without my camera and just took it in.

.
.
.
This space represents the photographs not taken in my
effort to absorb the experiences of being there
.
.
.

A friend here recently commented to me that he found it impressive and rare for an American to make a stab at learning one of South Africa’s official languages. Most people I met here would find it charming and amusing that I was taking Afrikaans, but I also get the sense that people had respect for the attempt. They still sometimes make fun of my pronunciation and accent, but in all my efforts to engage with the languages and cultures here has impressed people, which in turn has brought me closer to them.

I took the impulsive leap with my friend to run to Zimbabwe for a few days to see one of the natural wonders of the world. However, I did not limit my experiences to sharing them with other international students (as fun as they are). Before coming, I sent an email to the biology department that put me in touch with a couple of field research opportunities, assisting graduate students. Through those, I have seen and done things most American students do not get to. It also broadened my contact with South Africans, opening the doors to my Friday nature walks, bird ringing, and trips to the Knersvlakte. I volunteered with TeachOut, which took me to the townships and let me work with high school students from disadvantaged portions of the populace. Through the fellowship and community organizations, I made local friends who I am saddened to be parting with.


Who knows? I may come back to South Africa for some graduate study. I do really feel at home in Cape Town even though the winters and lack of building insulation is a bit yucky, reminiscent of my time in San Francisco.