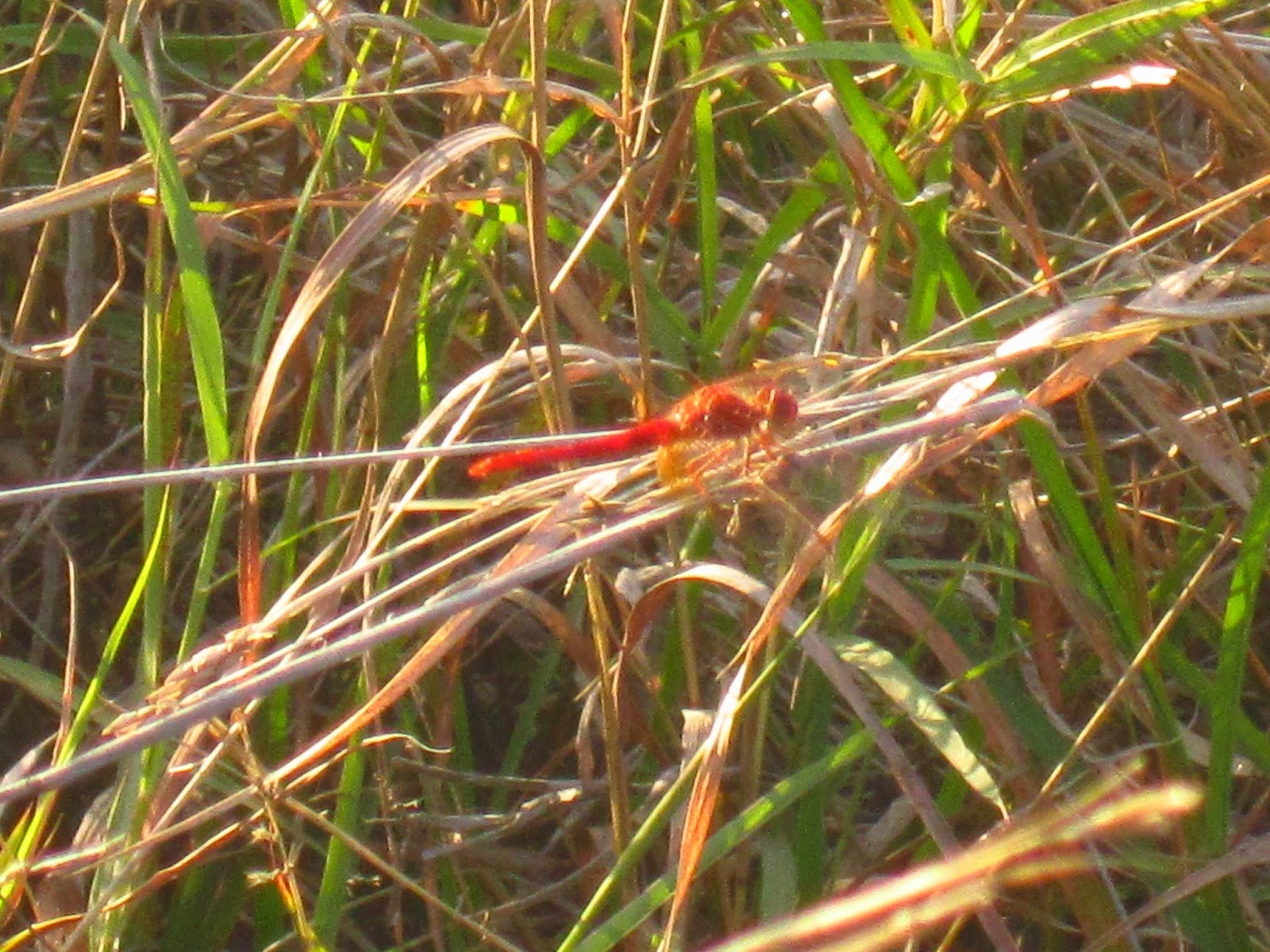 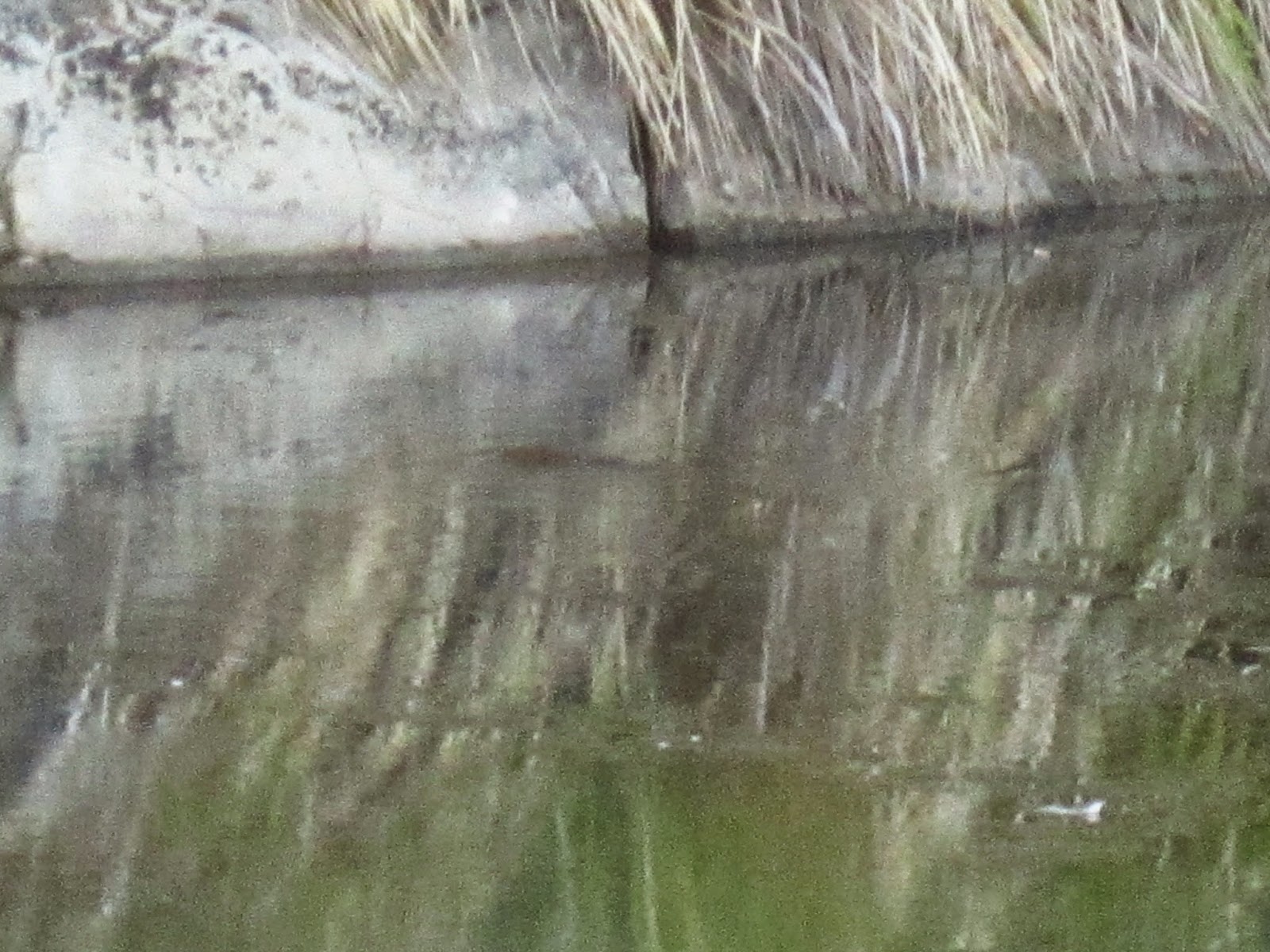 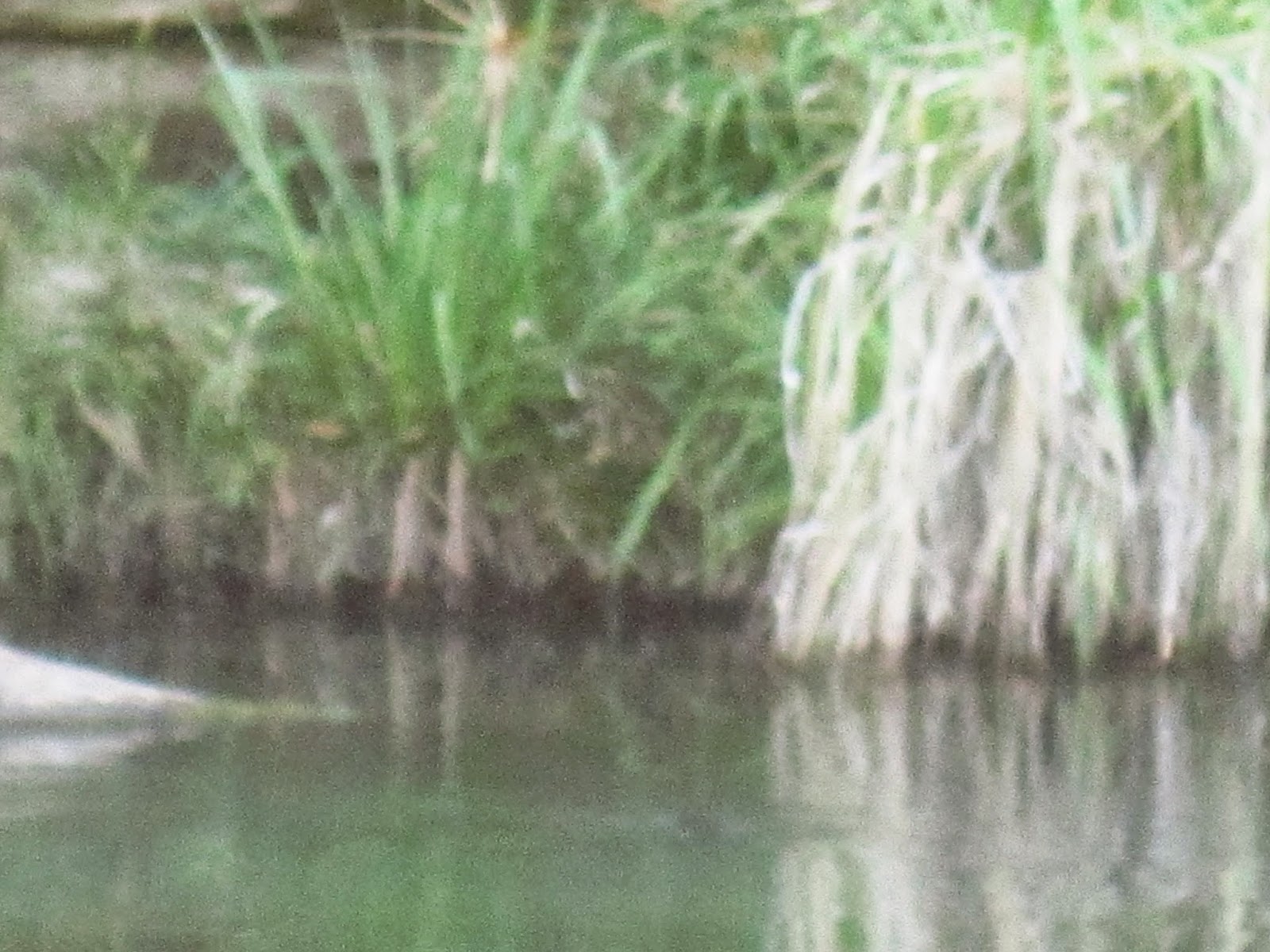 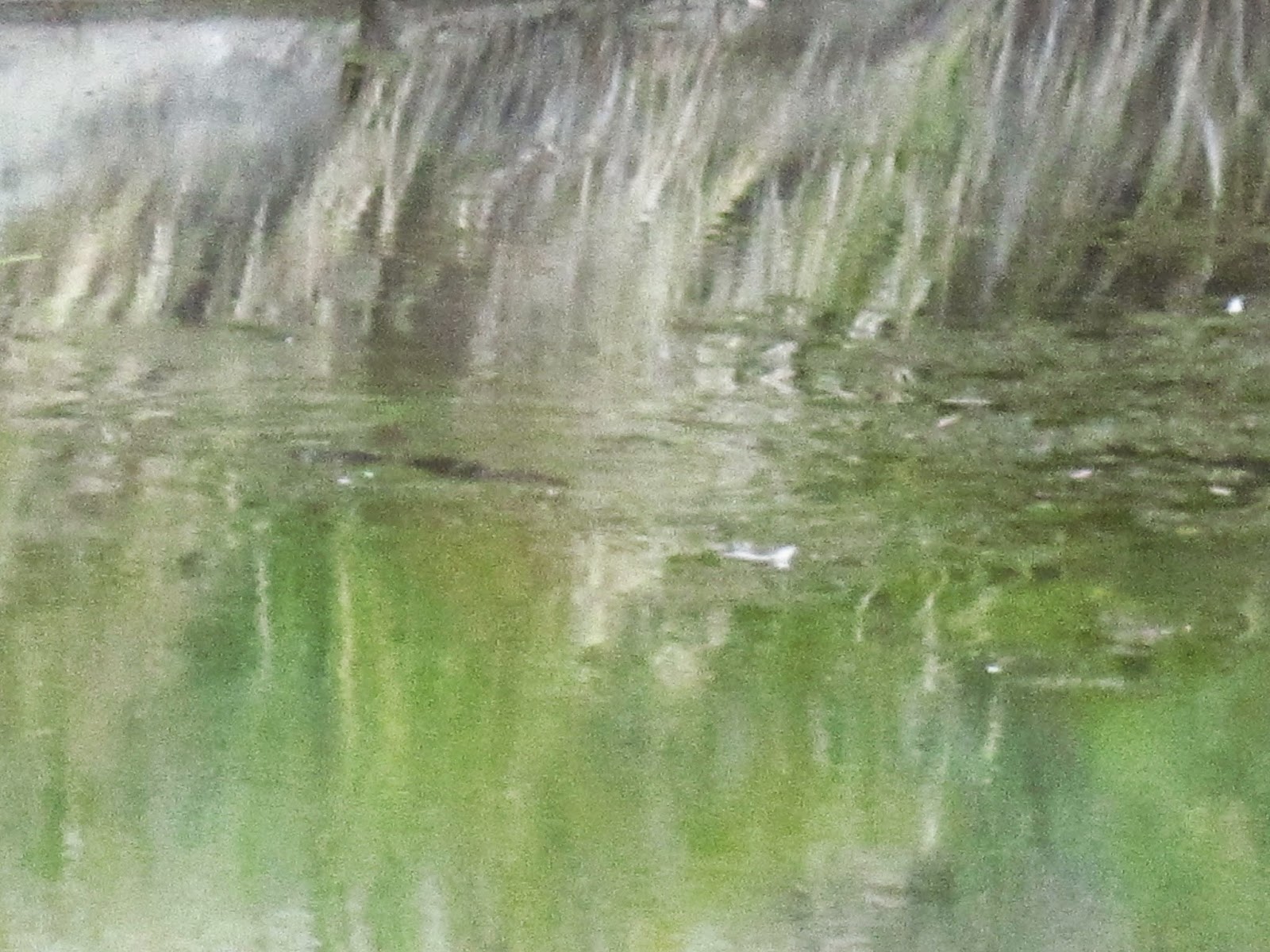 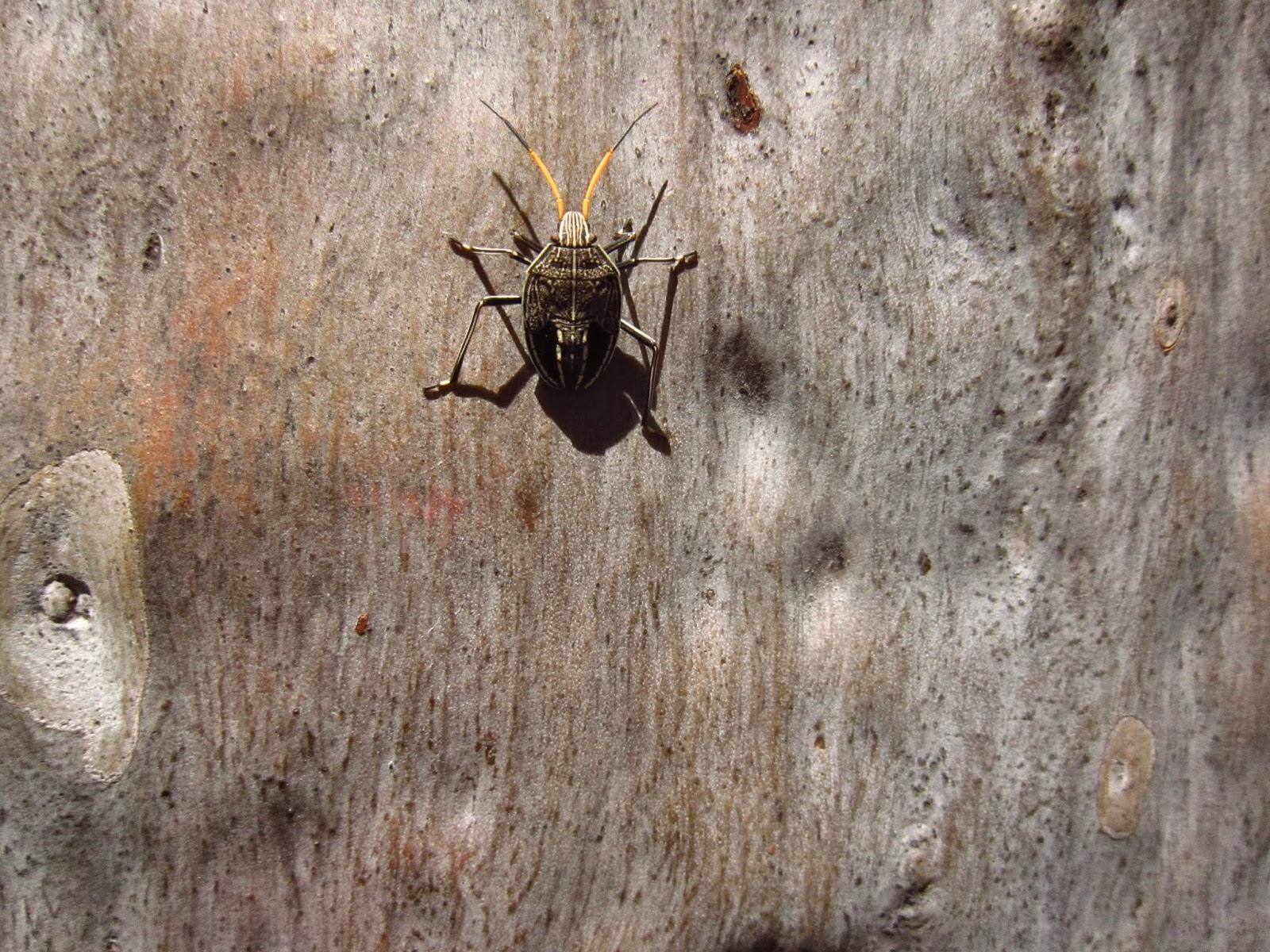 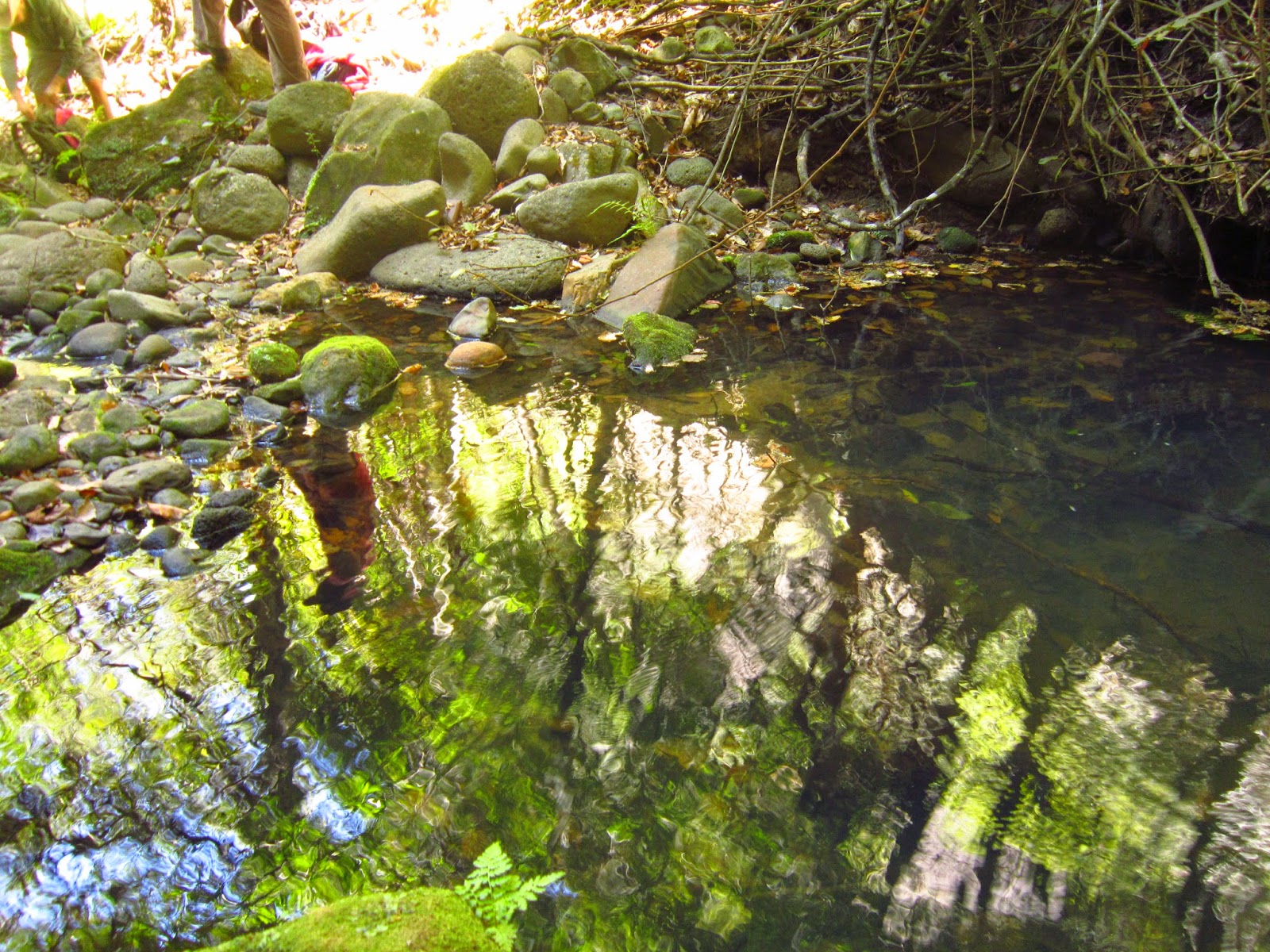 One of the final hikes we did was to Warrumbah Canyon, a narrow slice into the sandstone. We left our packs at the entrance and slowly climbed our way in. While sometimes submerged, the recent drought made it so we could get into the canyon dry. 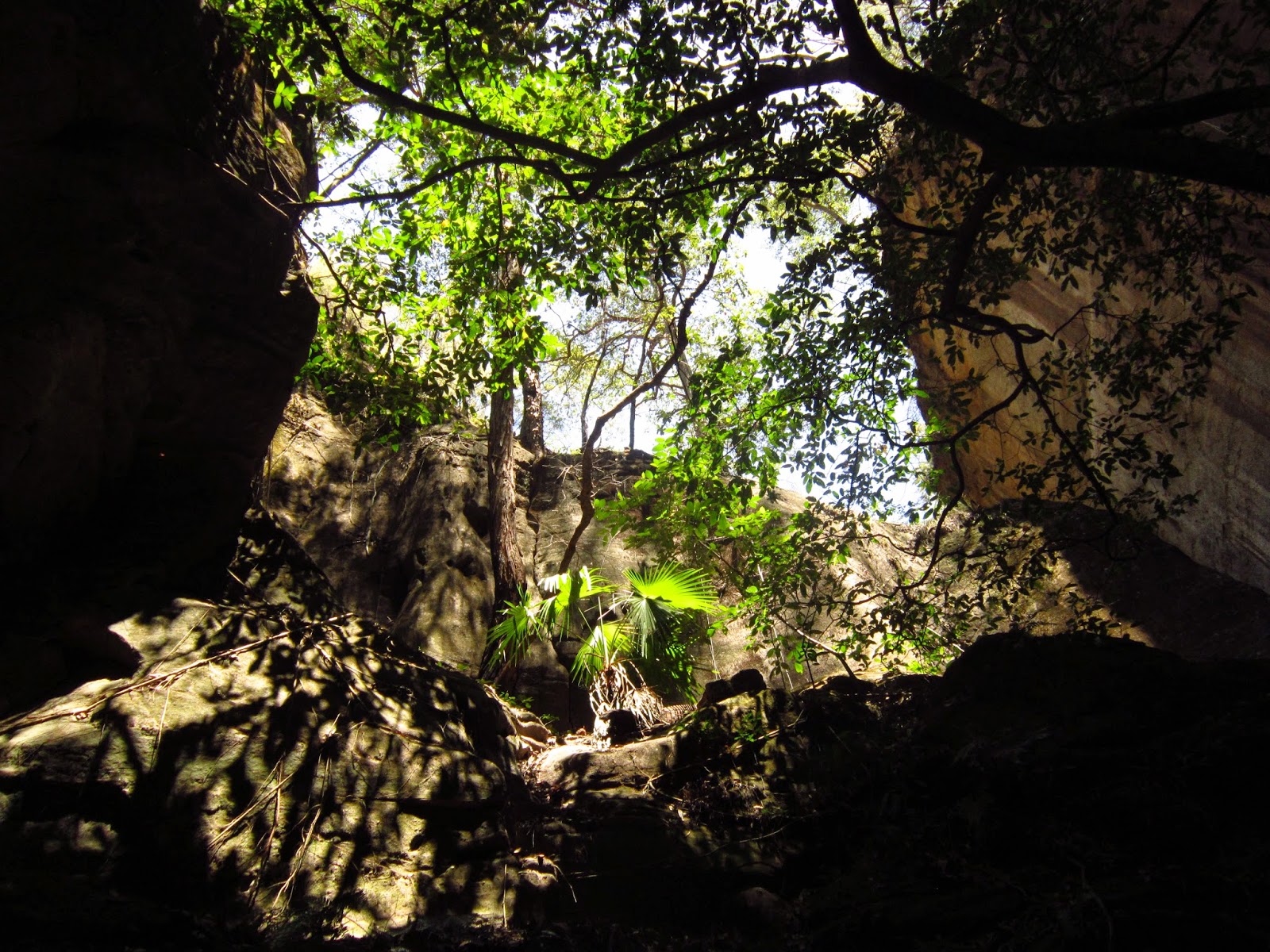 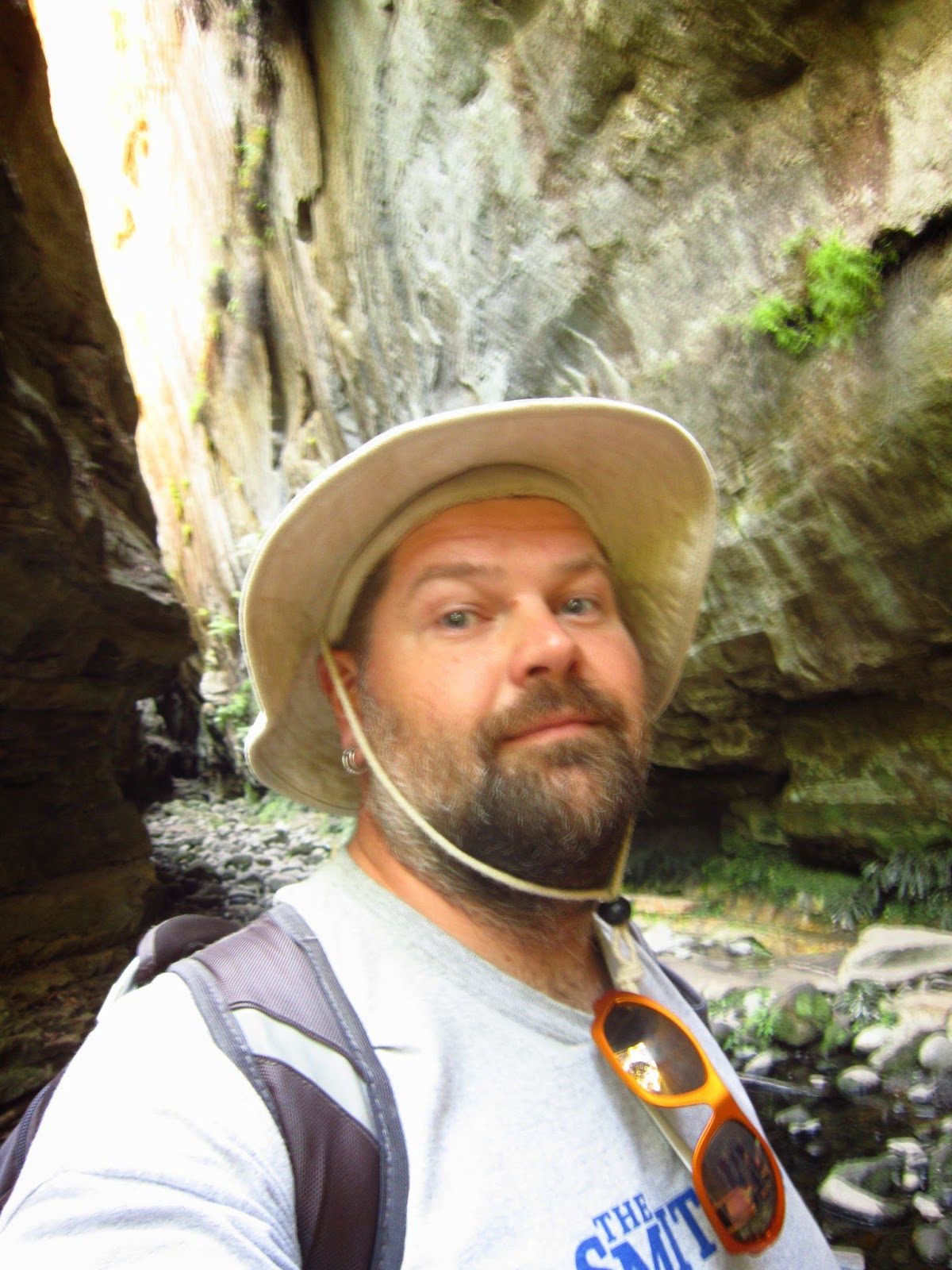 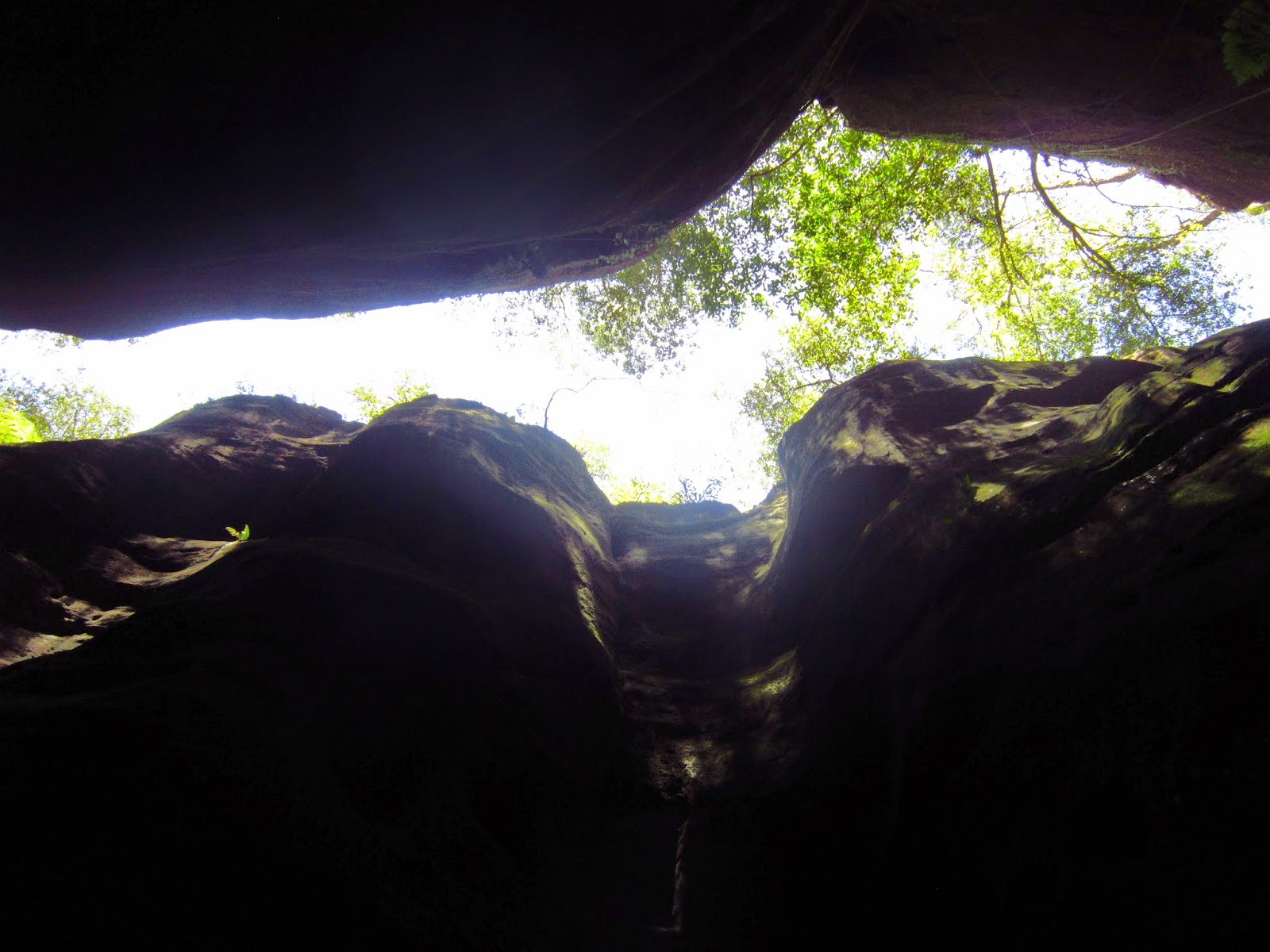 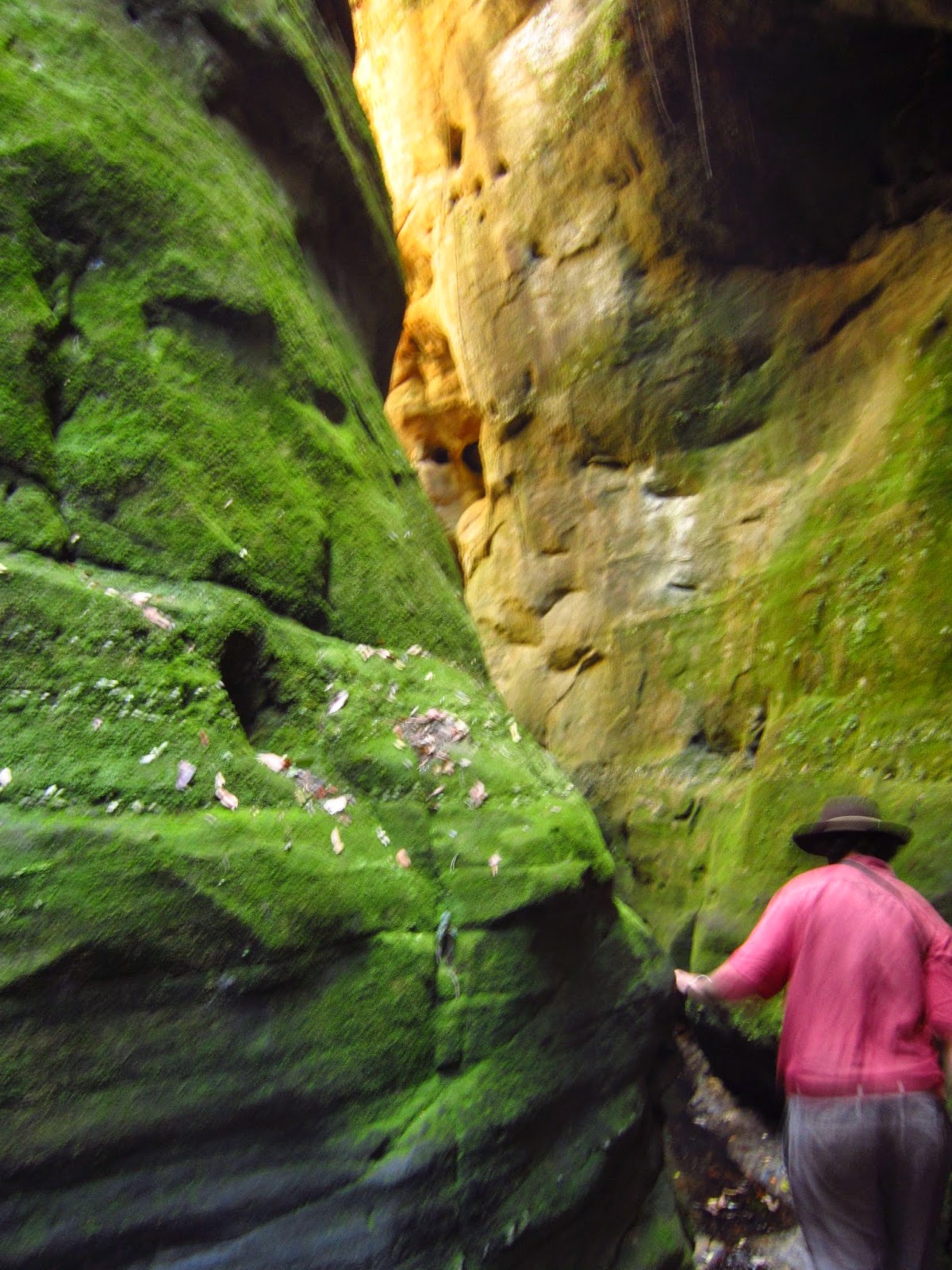 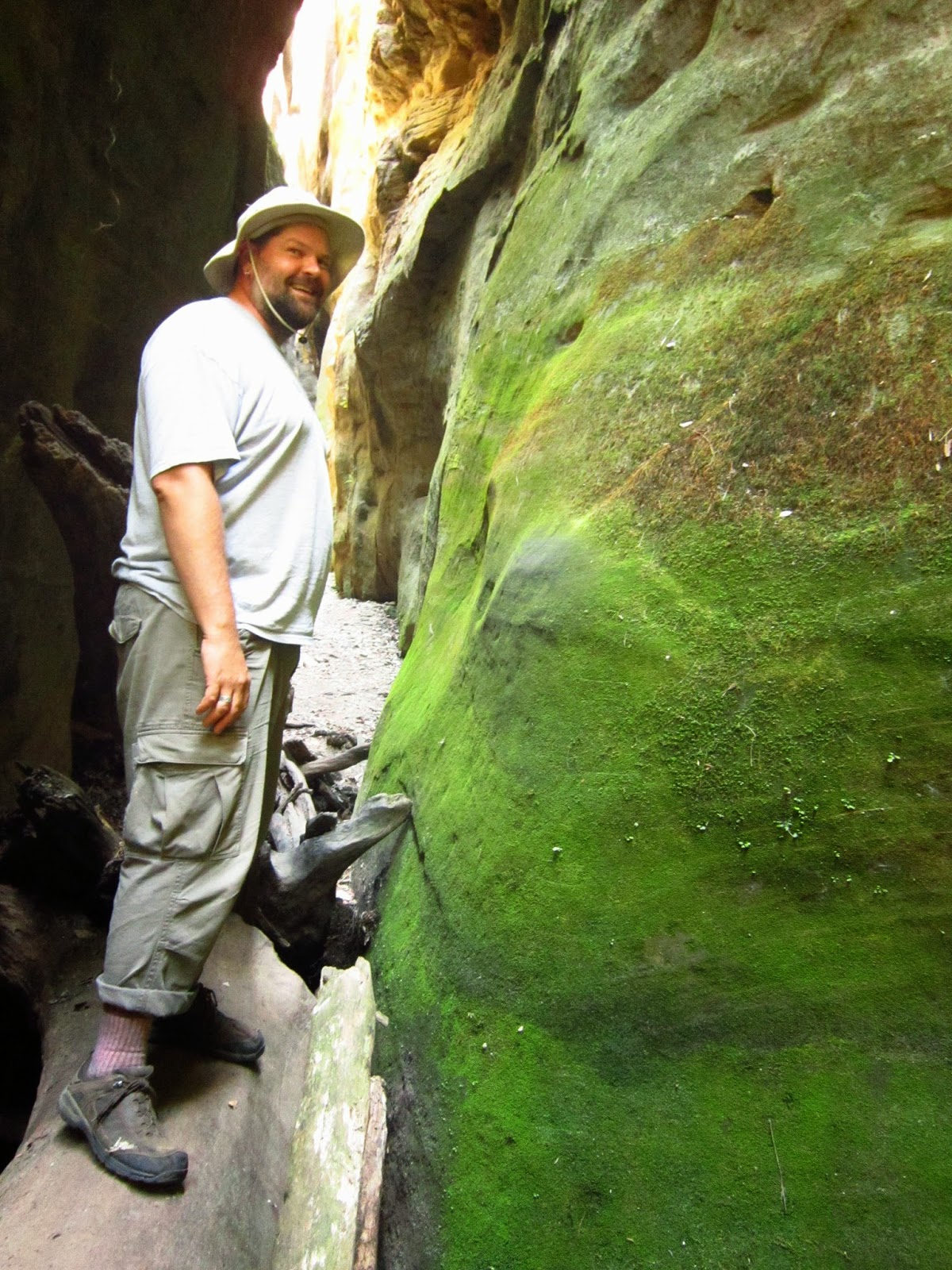 One of the highlights of our walks were the afternoon stops at the watering hole. The water had alternating seams of warm and incredibly chilly water. It was a fun way to beat the heat. I would take as much of the time in the water as possible, even if others would often spend time just laying in the sun.

The first place we swam had a catfish nest, which was closely guarded. I was attacked by a catfish on more than one occasion. Ian climbed into the water and started screaming. He was pleased to note that the catfish drew blood, justifying his less-than-manly response.

Still, it was fun to splash around, pausing to allow the occasional water snakes to swim past (they clearly had no interest in getting anywhere near us).


The second watering hole was a bit bigger, and fewer catfish attacks. There were some turtles out sunning, which Tyler attempted to sneak up on. He made for an impressive crocodile, moving silently and gently through the water. However, he was not able to get too close before they flung themselves back into the water for a hasty escape.

Some photos from Shira during one of our swims: 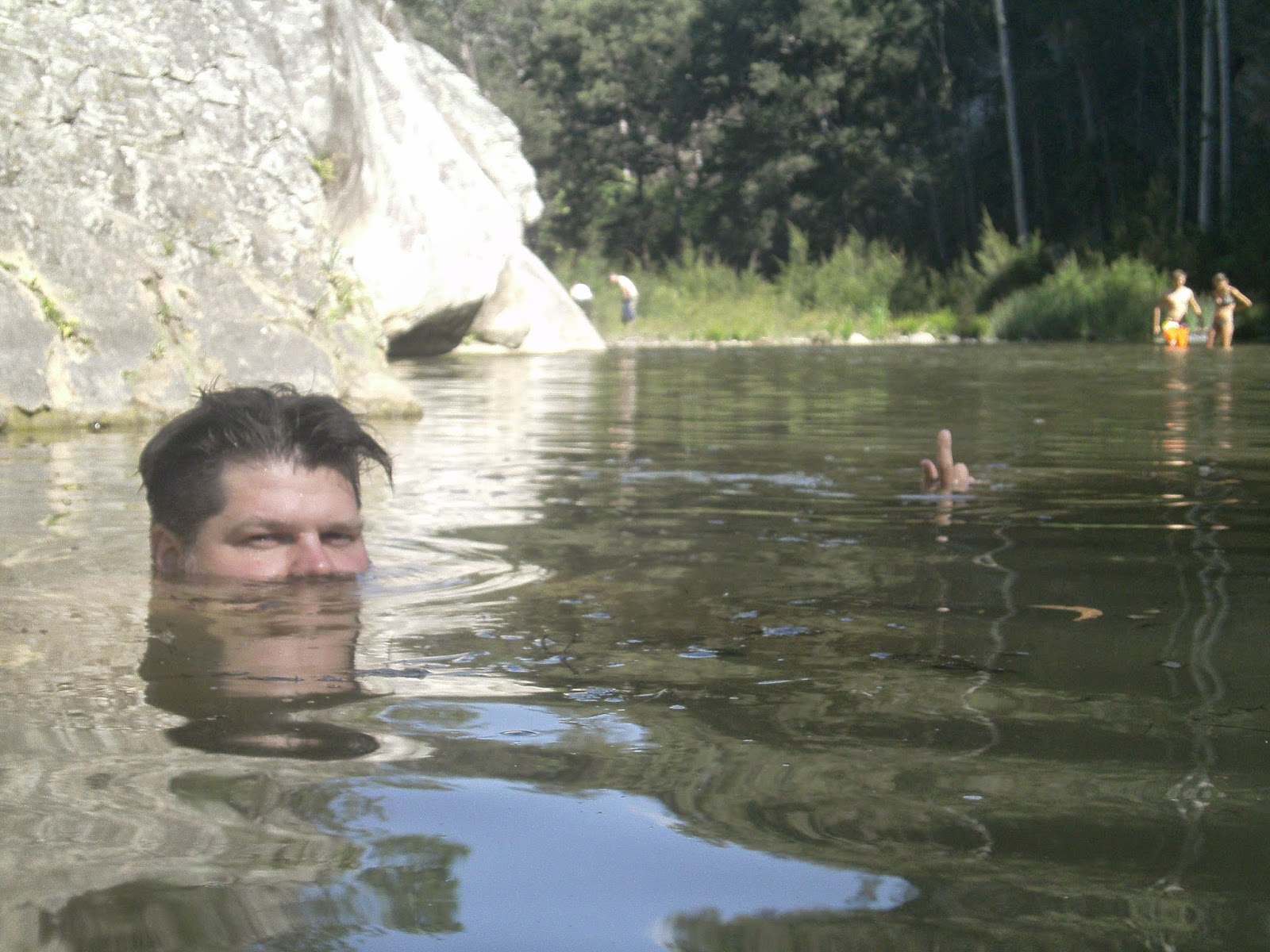 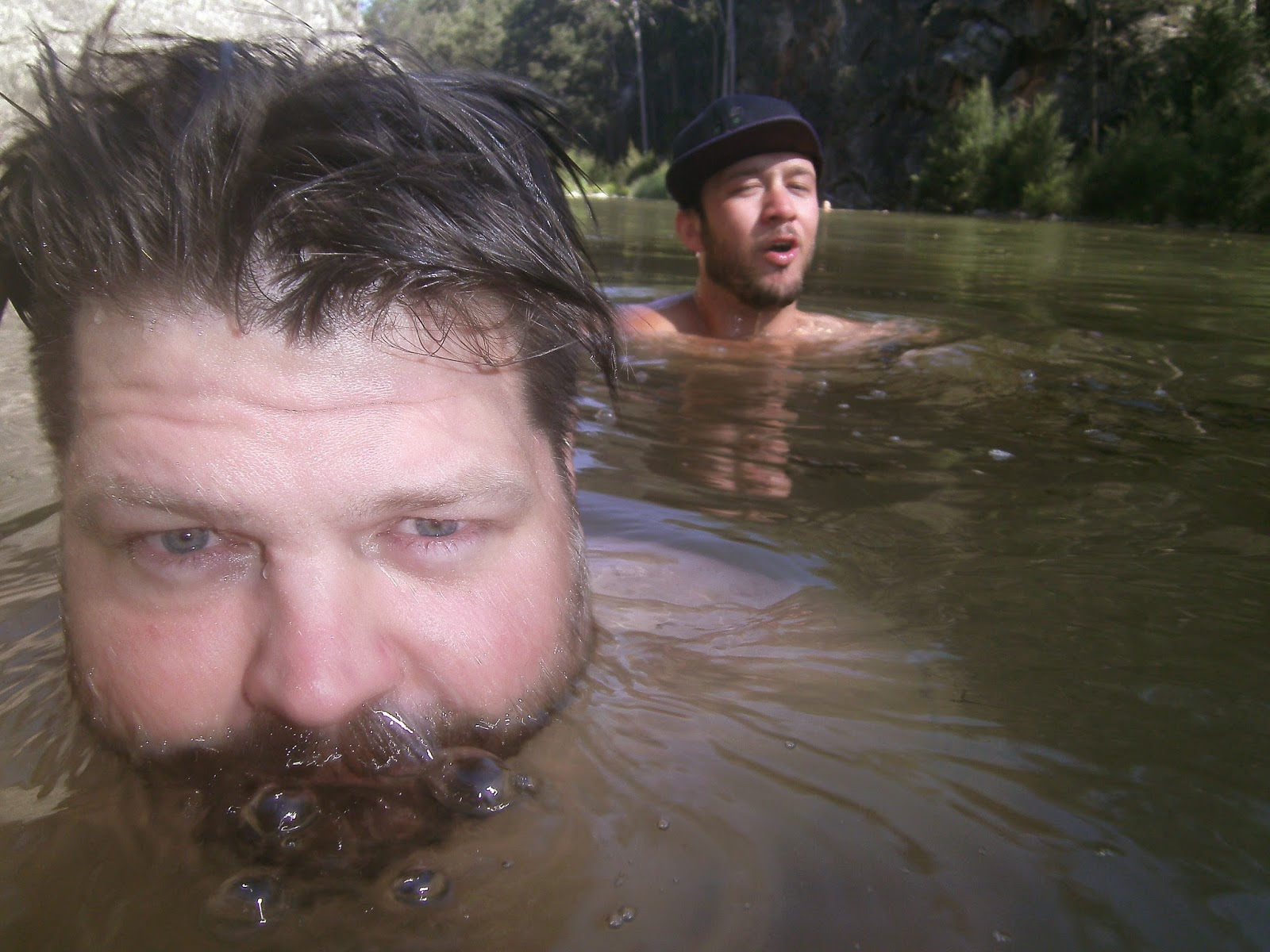 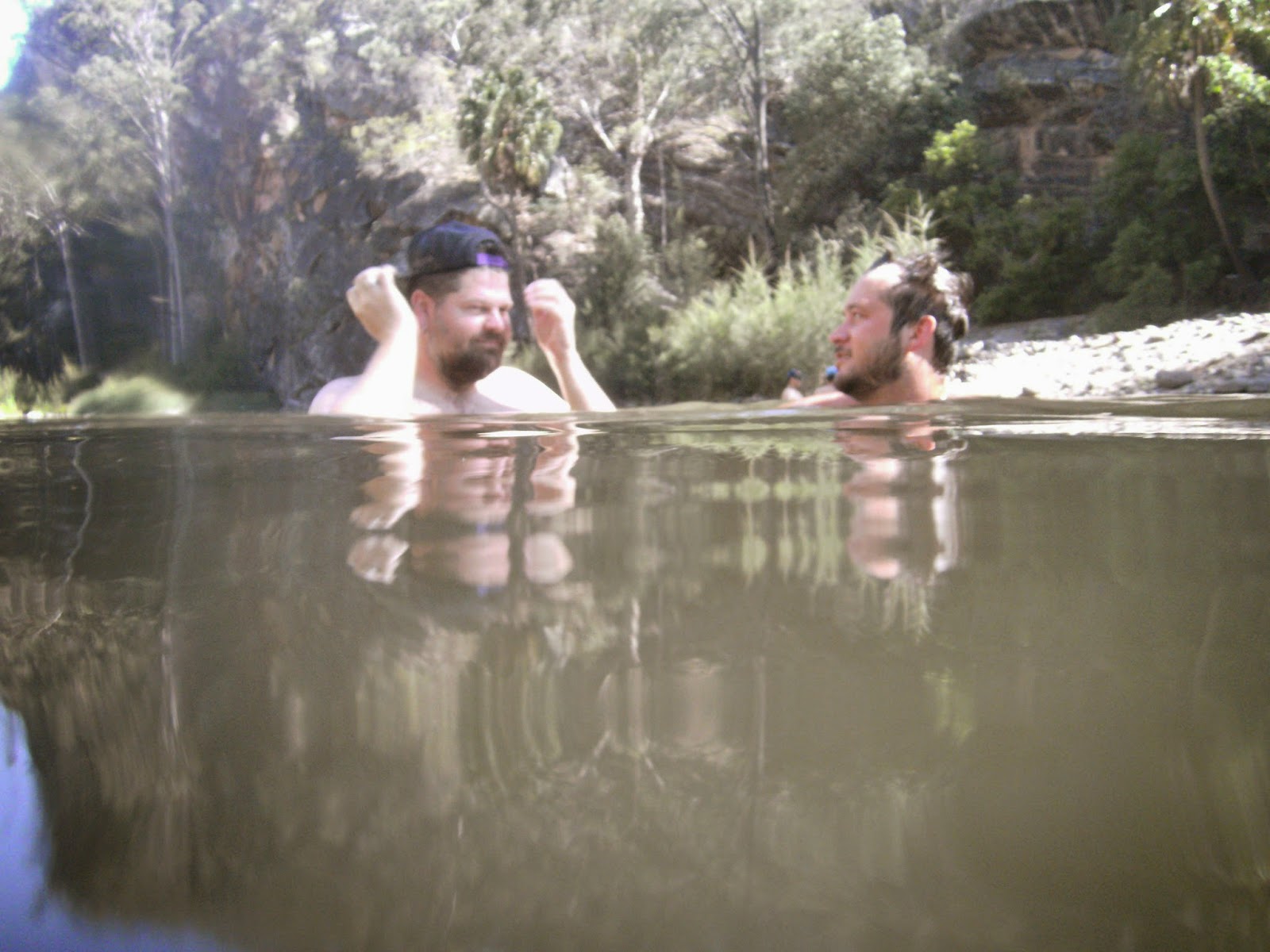 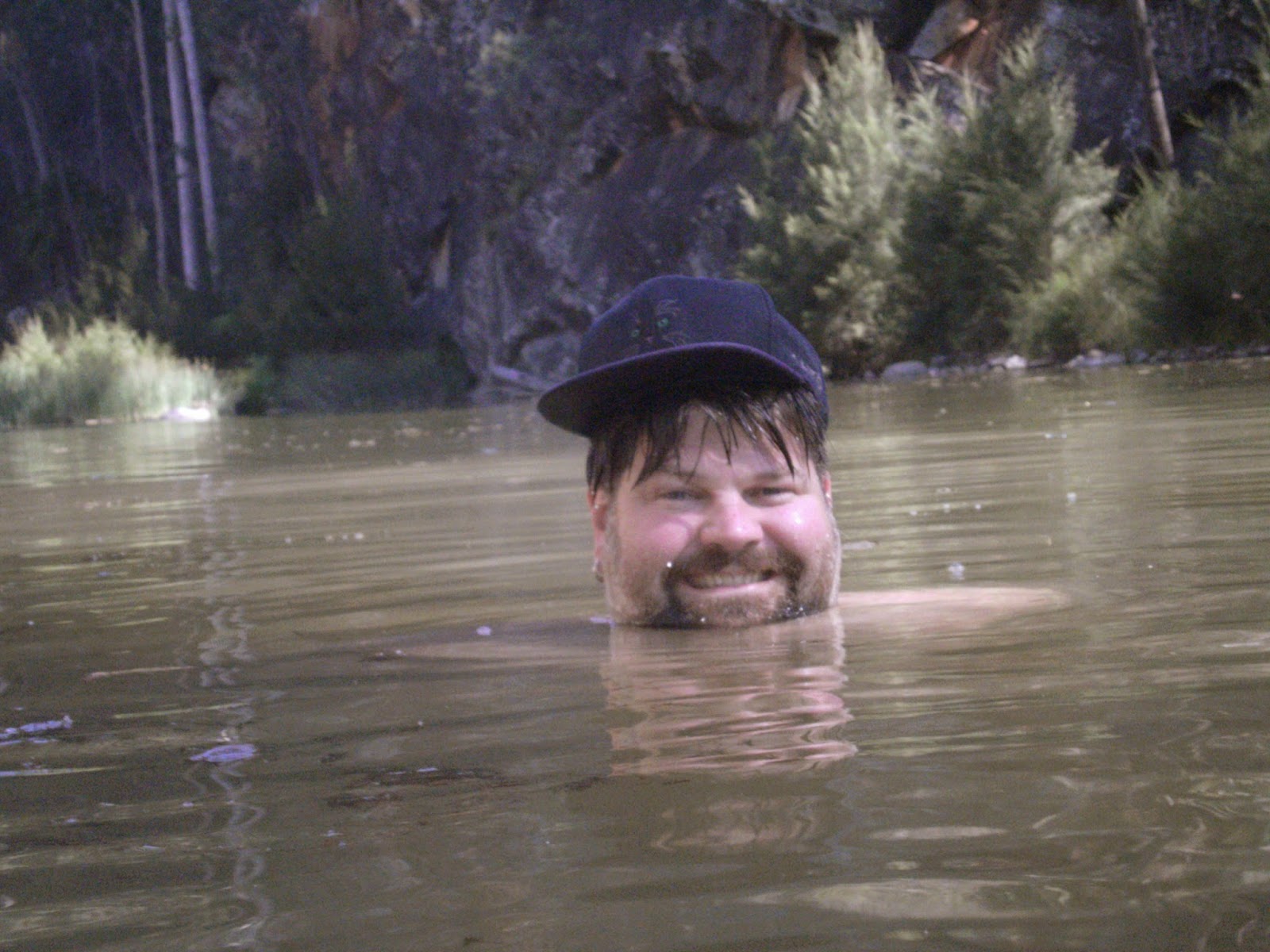 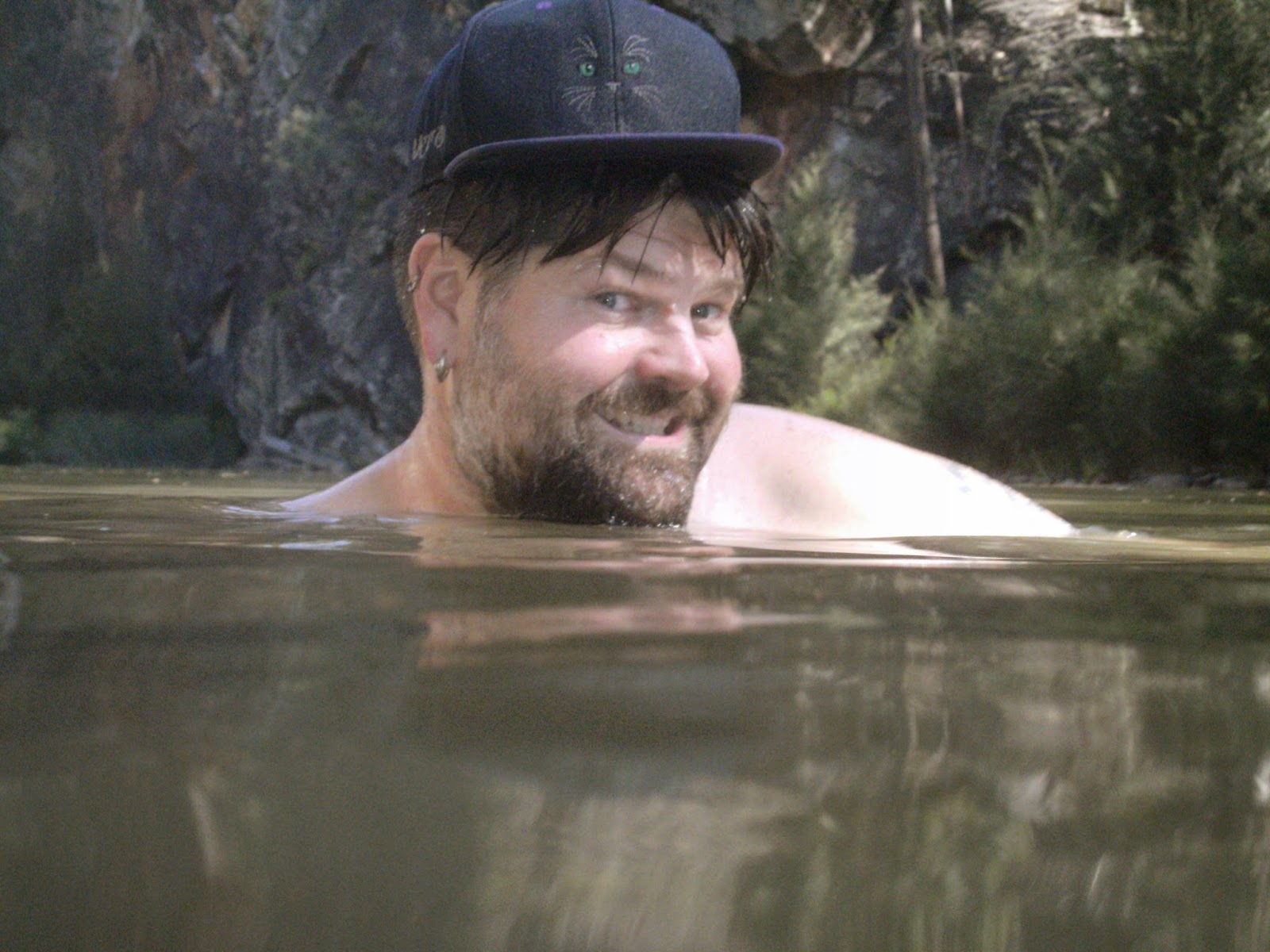 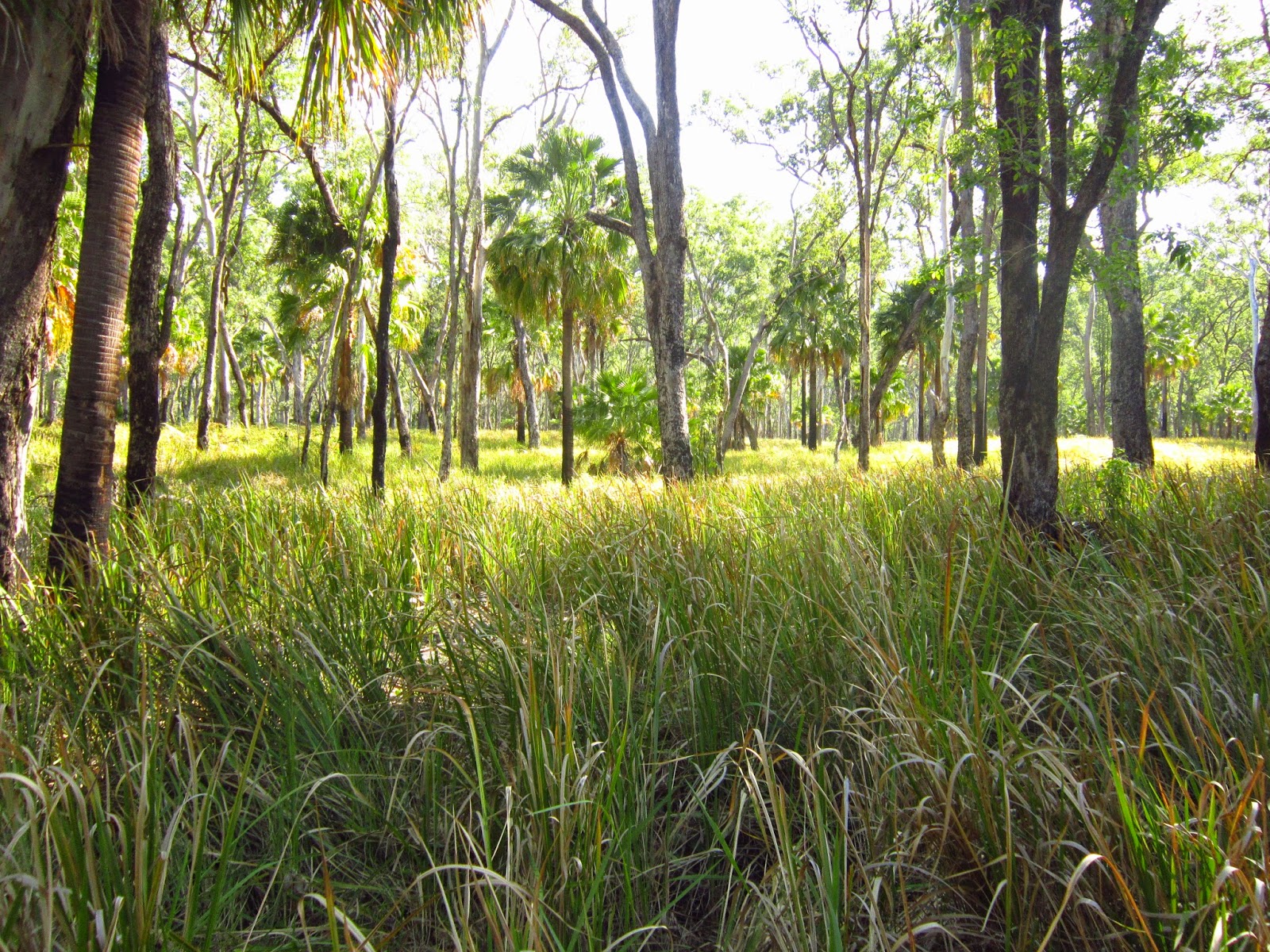 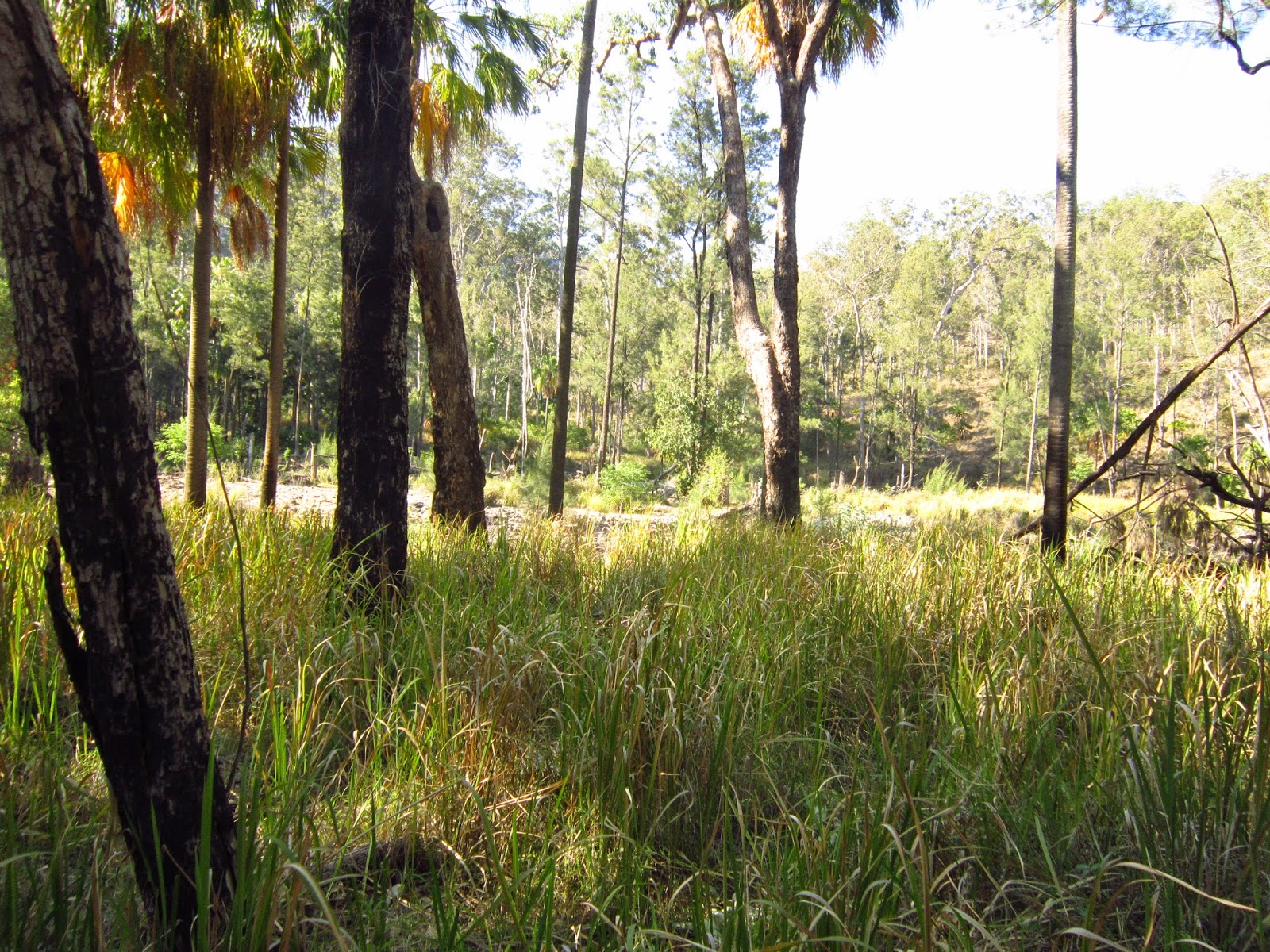 On the final night in Carnarvon, we held a little talent show and bush dance. We learned to sing Waltzing Matilde, the cultural anthem of the Australian people. We did Australian square dancing. Then, we gathered around the campfire and performed skits, songs, spoken word pieces, a rap, a magic trick, even an angry rant against the existence of GoPro cameras. It was a great time.

I was involved in a couple bits of tomfoolery. Jonathan and Ian played Tiny Ecologist (Ian's arms through the sleeves of a shirt, with Jonathan providing the head and legs). I was the straightman, as it were, feeding him sight gags, juggling plates with him (poorly), handing him sunscreen and water to protect him from the sun, and discussing some of the ecologies we had observed and studied while on our field trips. It was very well received.

Erin, Mia, Corinne, Laurel, and I also pulled together a piece called The Thylacine Mystery. One our way, we had been handed a packet of reported sightings of the extinct Thylacine (aka the Tasmanian Tiger or Marsupial Wolf). The sightings provided an exercise in critical thinking, evaluating convincing and unconvincing components of the various testimonies (most of which were complete idiocy). Erin and I had originally wanted to write a song to Benjamin, the last thylacine that died in a Hobart zoo in the 1930s. Lacking time, we started putting some of the sightings to a folk tune Erin knew. She would sing the first couple lines, and I would deliver the rest in a ridiculous spoken word intensity. We then recruited Mia to create an abrupt noise by shaking some metal bowls filled with cycad seeds and saying "It was a dingo!" Corinne introduced the numbers of the sightings (we cherrypicked a few out of 40 different reports). We had all been trying to get Laurel to do a dance performance, as she is a riot. Some of my earliest interactions with her included creating the "Numb" dance. She seemed keen to be a backup dancer/singer for the Thylacine Mystery. Therefore, she added some gospel-style backup to the performance, often at the most random points, creating a struggle not to crack up during our performance. Due to Laurel, a cross shoulder and down the side hand motion with a falsetto "Stripes on the rump!" became a giggle inducing joke shared among our group.

I also attempted to sing the Lucksmiths' "The Great Dividing Range" with an out-of-tune guitar.

We struggled with the emotion of the end of our trip. We knew that there was still Heron Island and a final week of the program. However, this was our last outing with Dr. John and Toby (and Sheree). There were many moments when everyone was getting misty. The camraderie was exceptionally high. 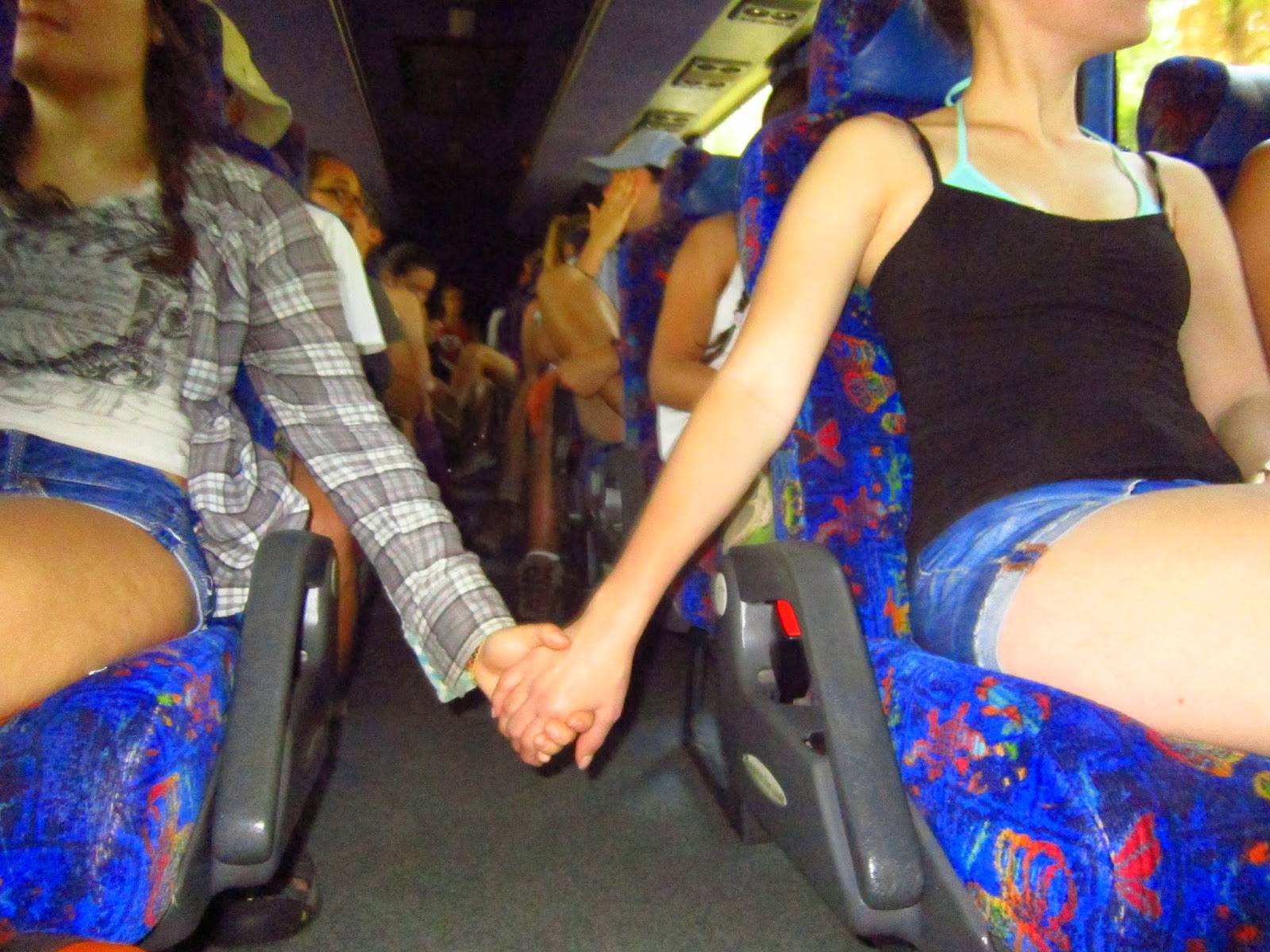 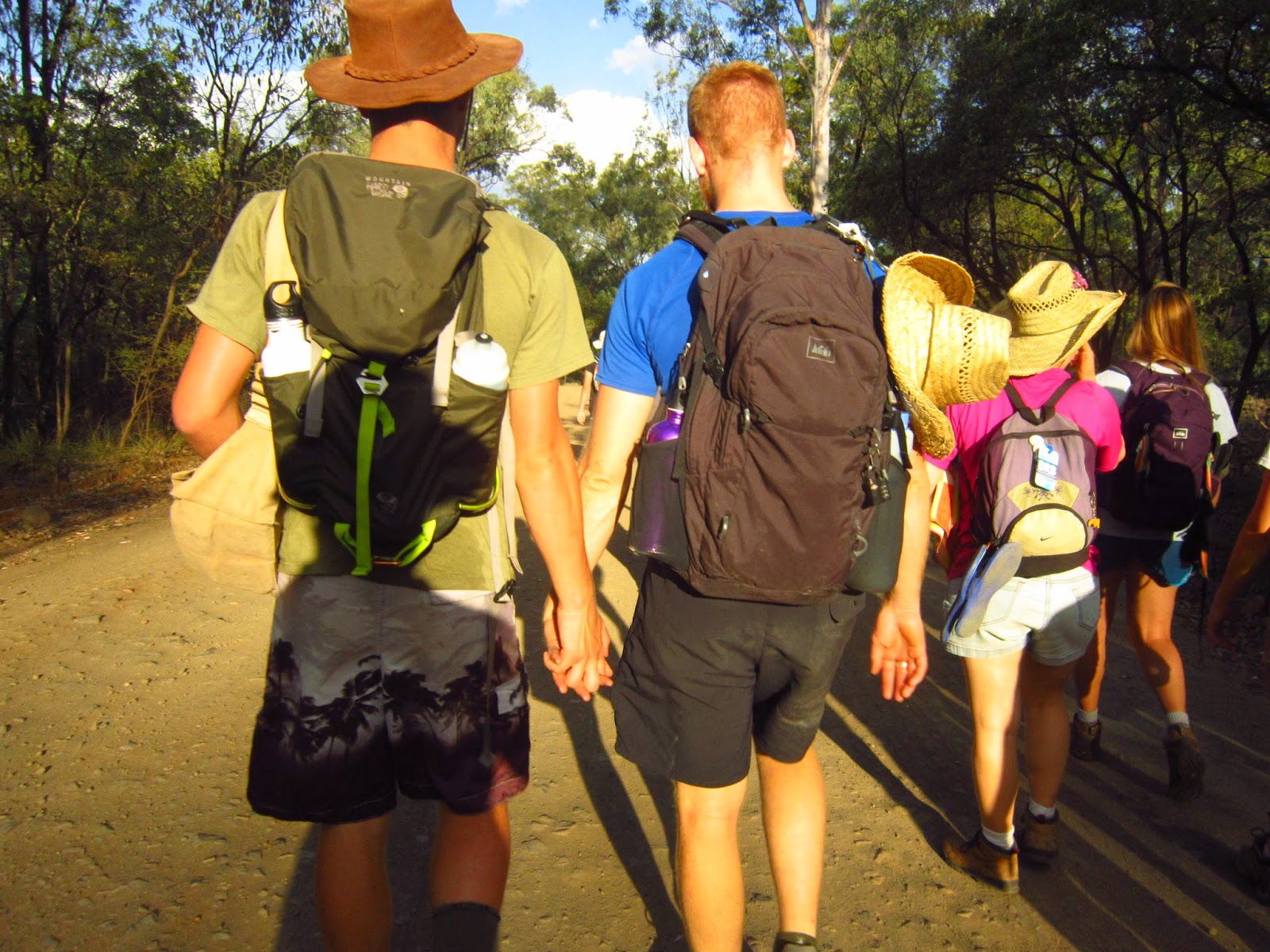