Today (or yesterday, or whatever) I left Joshua Tree for Los Angeles. Shortly after that, I left for London. I sit in London presently waiting for my connecting flight to Cape Town. This will be a really lengthy lay-over. As I write, I am three hours from the point where they will even post from what gate my flight will depart. A while.

While I neglectfully forgot to bring my travel monkey (a sock monkey who entered Fred's and my lives in Massachusetts and has visited Guam, Japan, Korea, India, and large portions of the US with us) to Australia, he has delightfully decided to accompany this adventure. 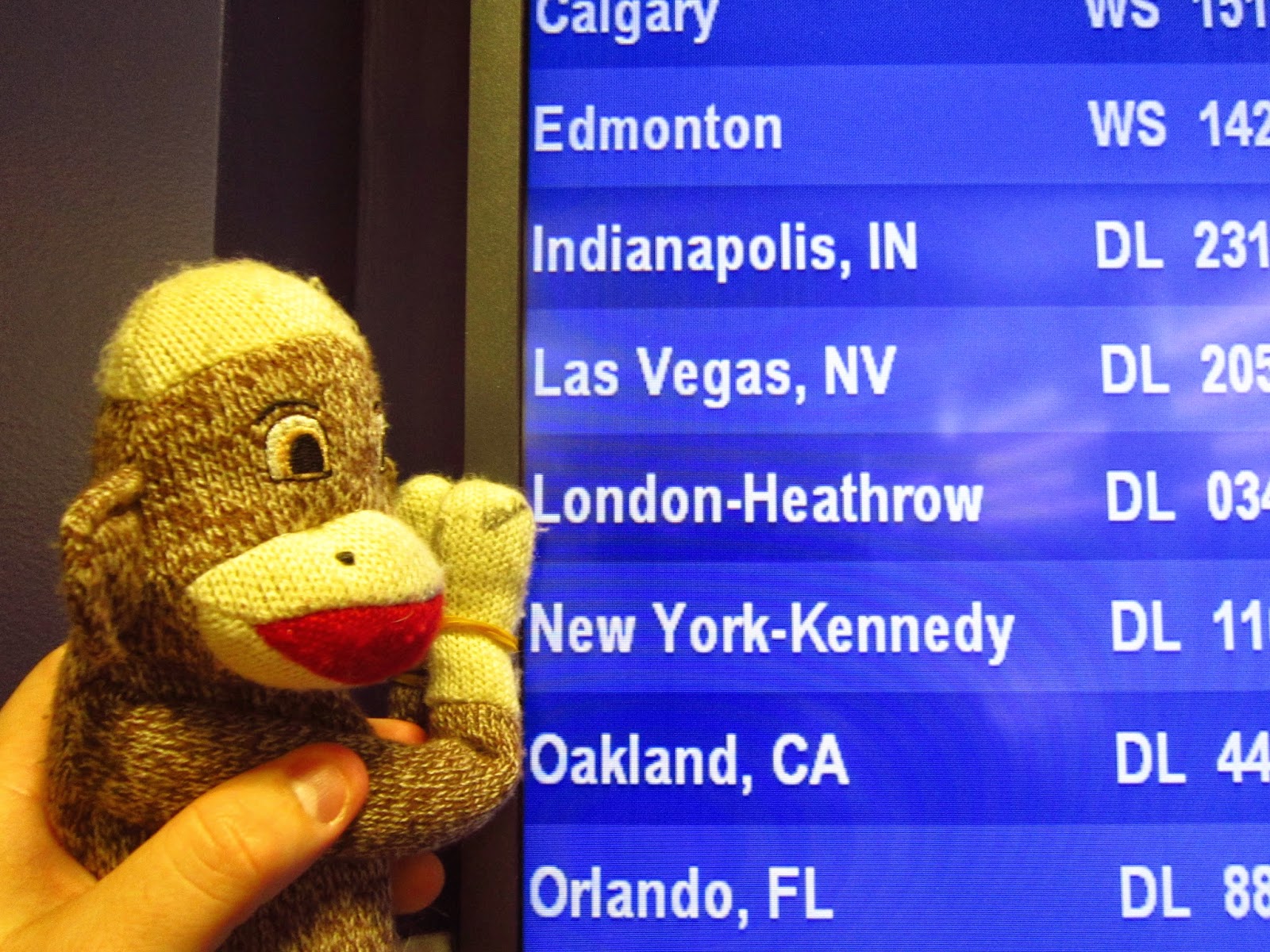 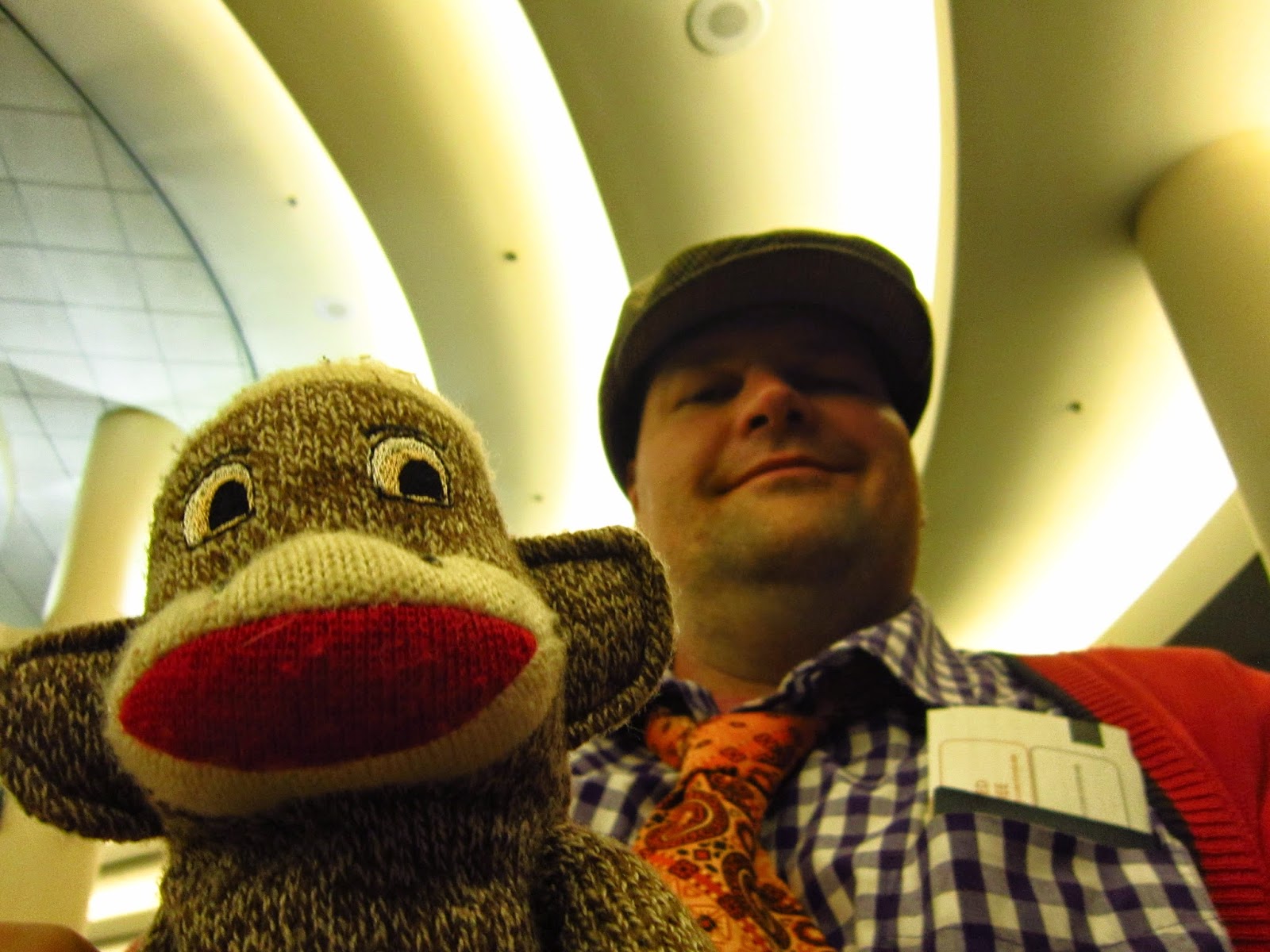 He has been keeping my boarding passes sorted, which is much appreciated, as I am really tired and prone to errors. 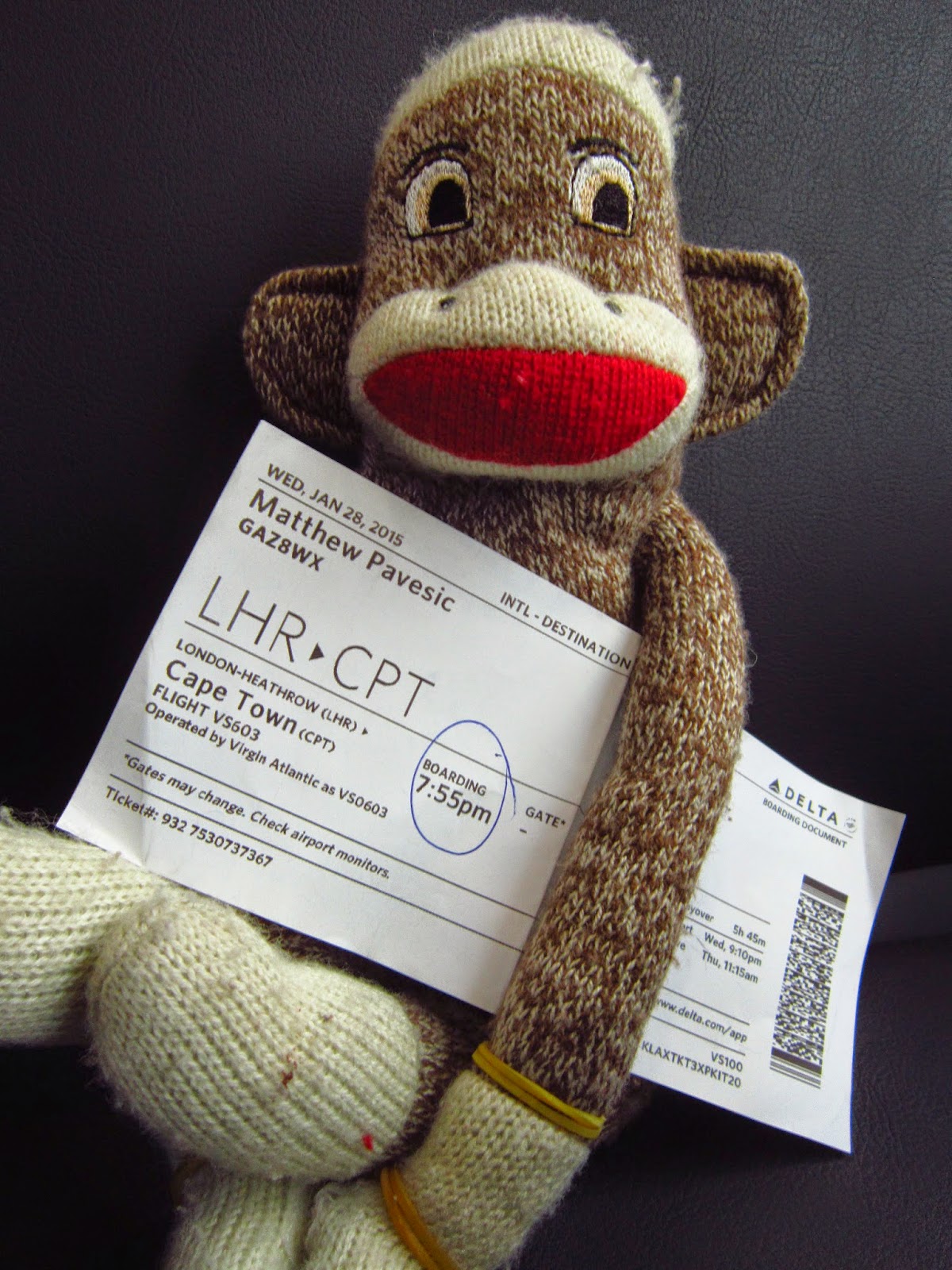 The flight over was a bit rough. I did not get any sleep. The in-flight entertainment service was malfunctioning (no video opiate to catch up on movies while slipping into upright unconsciousness). While the flight was mostly empty, Delta seats are not particularly conducive to comfort, even with the extra space to stretch out a little.

Still, we flew over the southern tip of Greenland at sunrise, which was pretty amazing. It actually made me want to go to Greenland, and I am not a polar fellow. 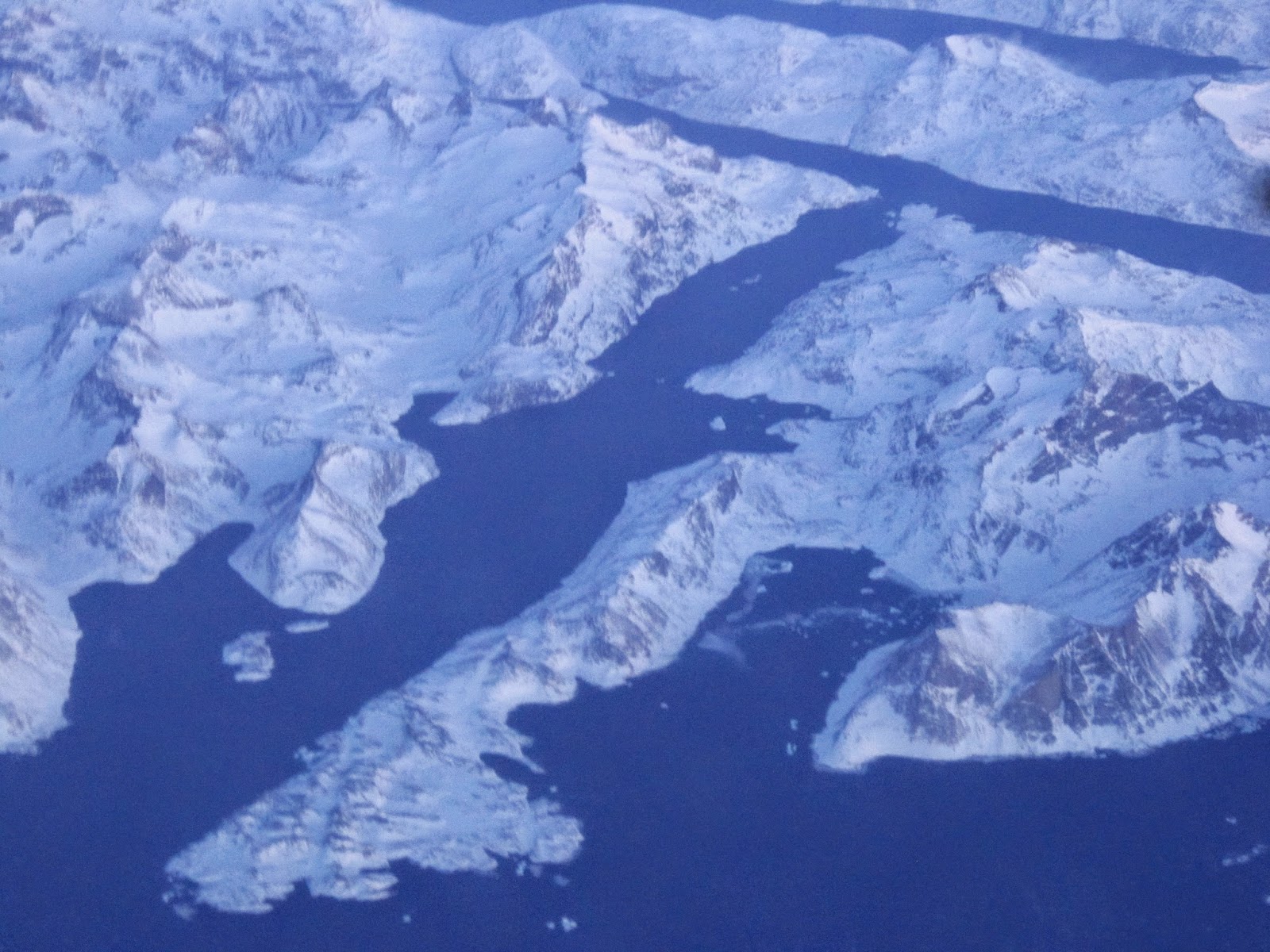 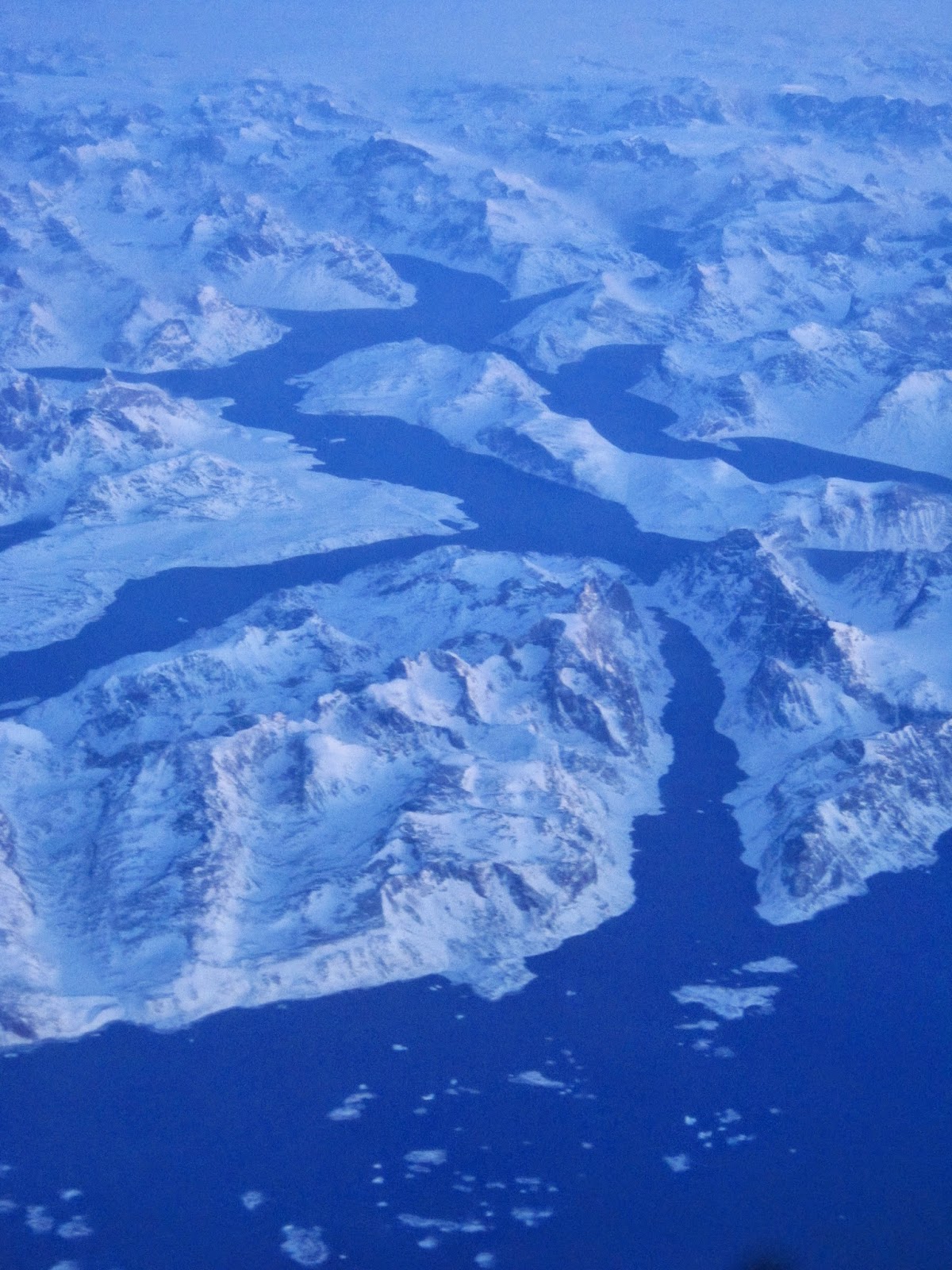 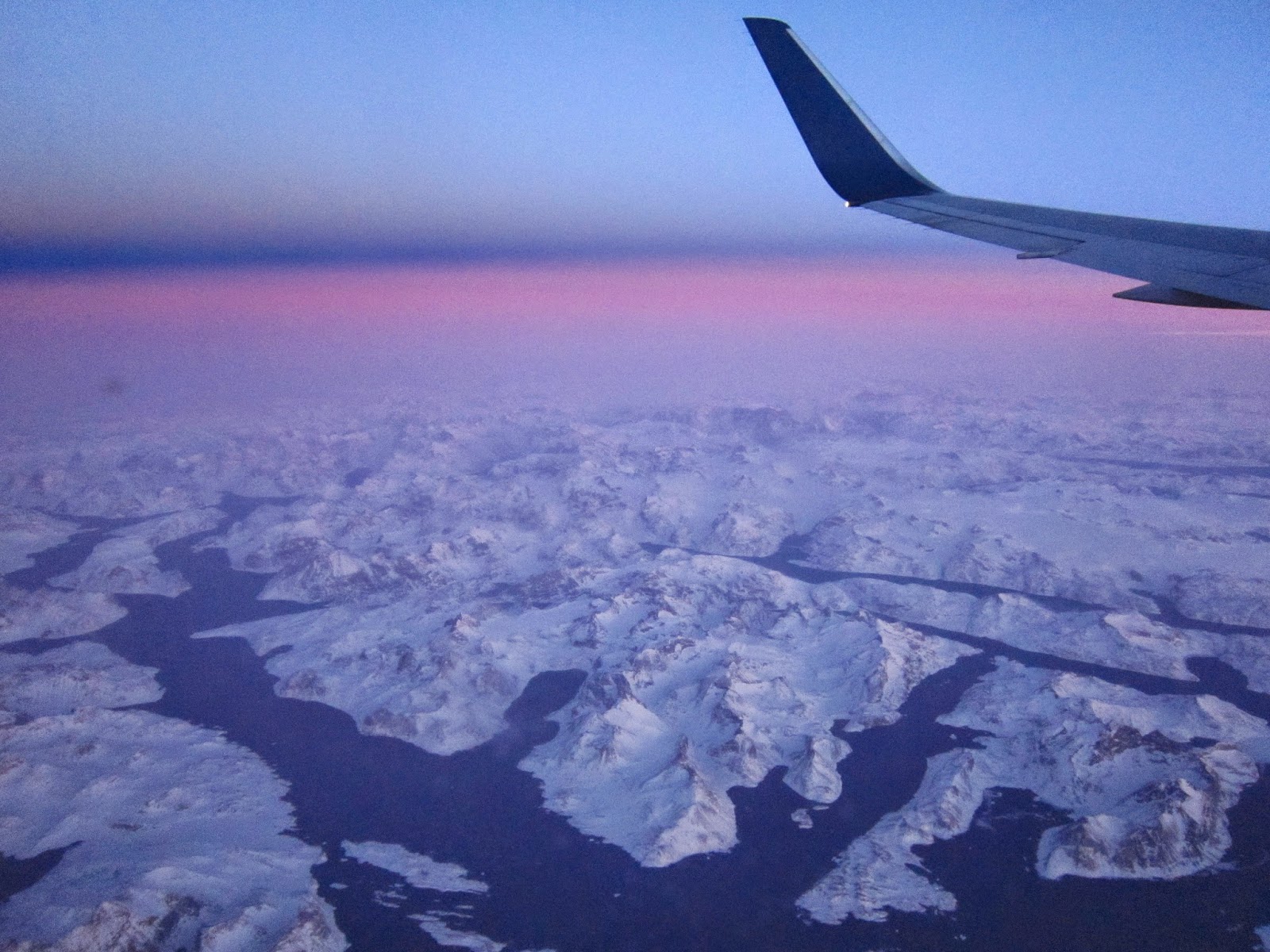 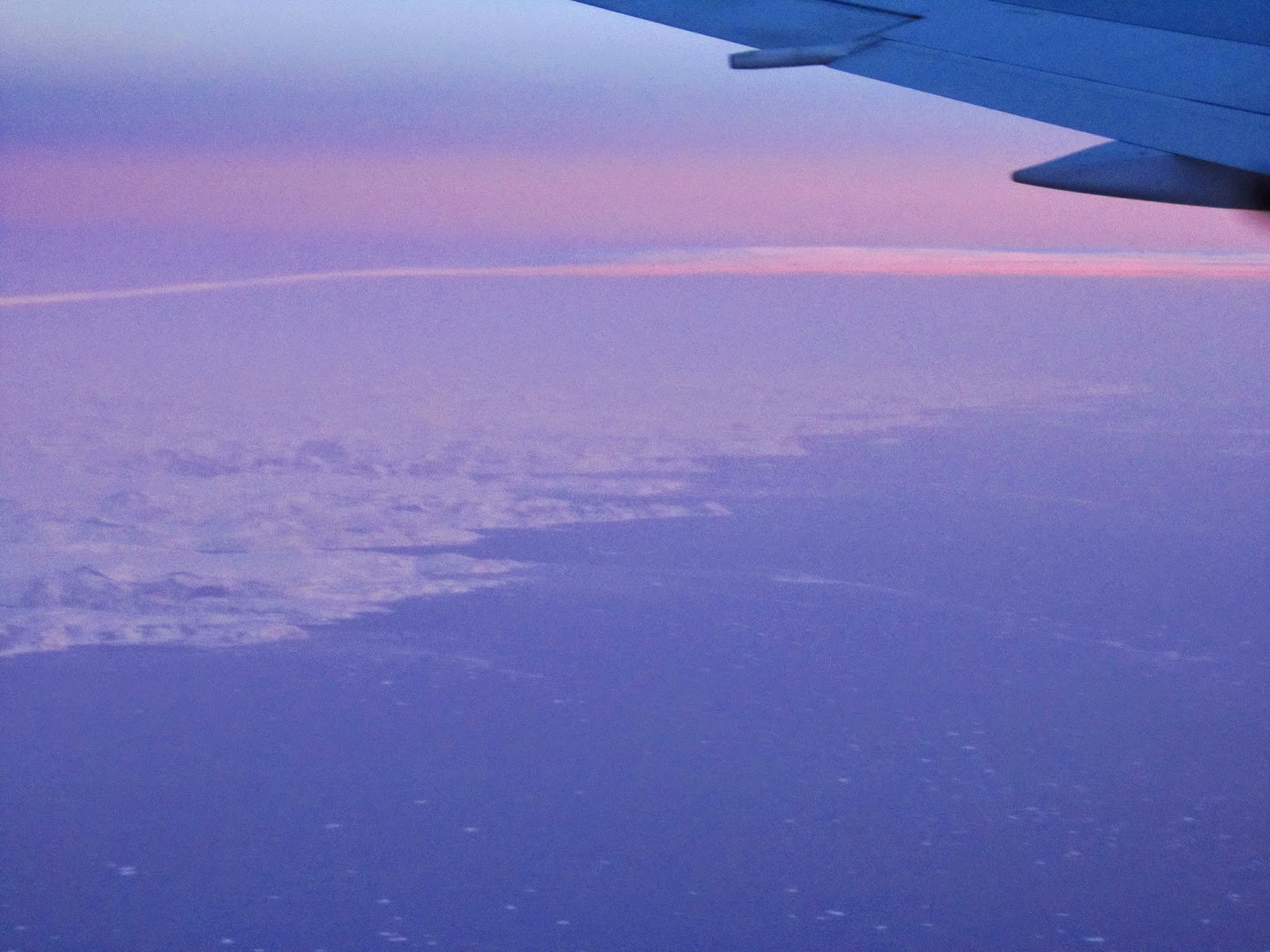 Having access to a window, I got to snatch a couple other sights as well such as Northern Ireland and the Scottish coast.

Sitting by myself in this terminal, with a truly international cast of background characters bustling to and from varied flights to many a country I hope to someday visit, I was reminded of meeting some of my fellow UC gang while en route to Australia 5 months ago. Having them present to get acquainted with while passing a trans-Pacific flight and a layover in a musty pre-renovation Fiji airport made the entry into that experience a lot easier. It makes me feel a touch lonely here in London. I have monkey, but a sock monkey, it turns out, is not a socially acceptable conversation partner in an airport.

Still, despite the onset of that gentle throbbing sensation that says "Matthew has gone far too long without sleep" my spirits are high. Even exploring the terminal can be a broadening educational experience, and I have not even flown over, let alone landed in, Africa.

More to come as the adventure unfolds...