Byron, without the romance

September 13, 2014
To celebrate the end of the hell week, our posse of Californians booked a weekend at Byron Bay. When they started talking about it, I was so tired I could not really conceive of planning a weekend trip. It was then pointed out to me that I did not have to do any planning. That part was being taken care of. Rather, I just had to pay and show up. Fine with me.

Named for the grandfather of Lord Byron, I believe by Captain Cook himself, the bay encompasses a charming coastline with a lighthouse at the easternmost point of the Australian continent.


The town of Byron Bay is an odd beach town/resort where Australians and others come together to drink their faces off and have a good time. It is like if Santa Cruz was a year-round spring break destination. Vegas on Sea (sans gambling). Hippie stores. Drinking. High-end retail. Busking galore. Dreadlocks and patchouli in quantities I regularly avoid. Large scale drinking. Beautiful beaches (and beach-goers). Did I mention drinking? Across the street at this moment is an old man with long beard, dressed in vest, slacks and wellingtons, screaming "fuck off you cunts!" at passing cars and invisible presences behind him on the street and sidewalks.

The levels of alcohol consumption and attendant shenanigans were oppressively dull, when not outright annoying. It is good to be reminded how obnoxious my lifestyle used to be. Camaraderie with the other UC-ers has been nice (and in a non-work setting), but their youthful fascination with drinking is a touch tedious, especially while staying in a hostel where we were 6-8 in a room.

I wonder at the insane cruelty of whatever agent booked the details of our group travel.e were housed in a backpacker's hostel down a rather sketchy alley, albeit one that was pretty centrally located. 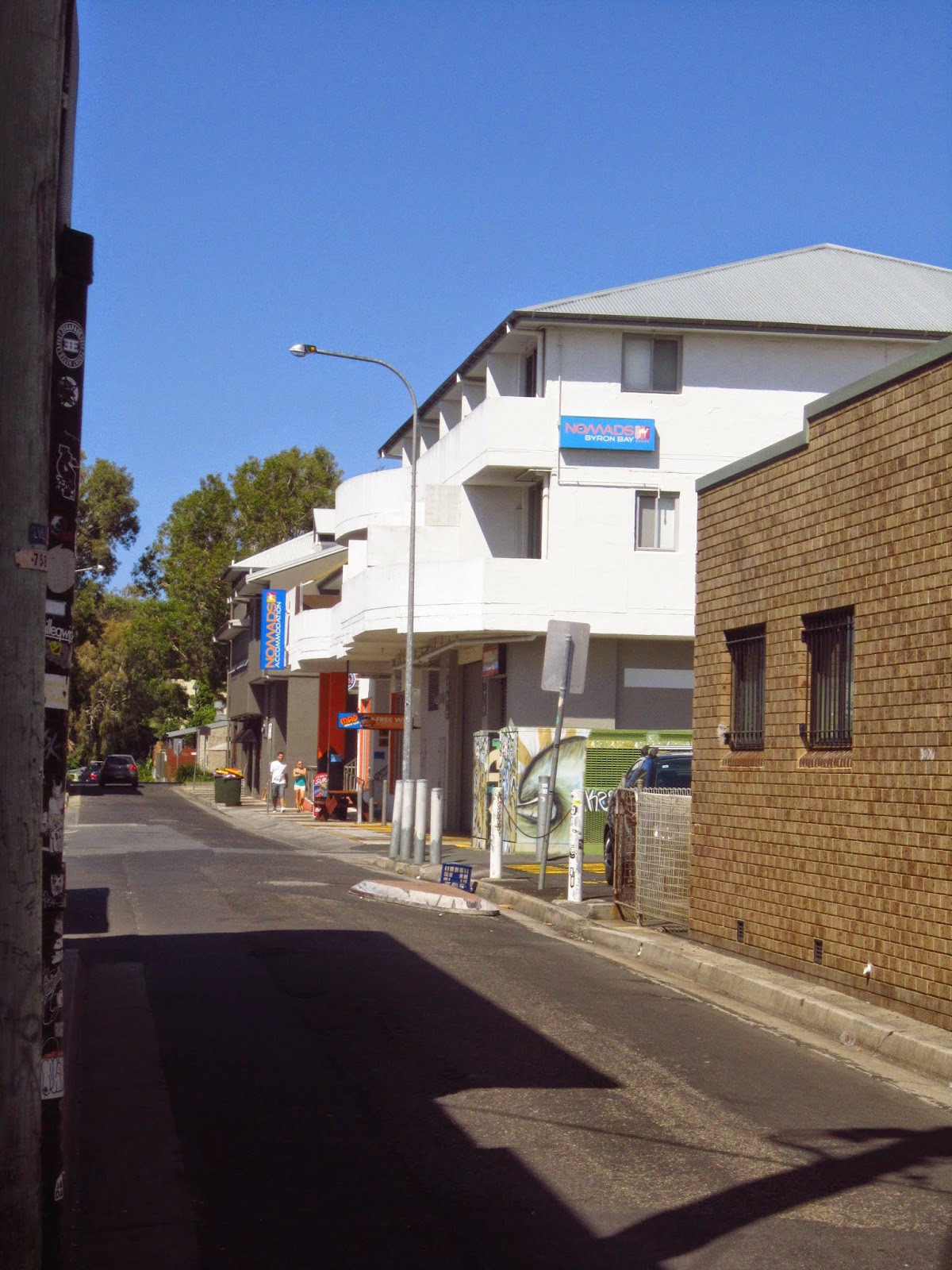 However, our breakfasts were served at an odd partially jungled squatter camp/artist colony/community centre/backpackers hostel clear on the other side of town. This meant that morning Matthew was a grumpy fuck as I had to wait for other people to pull themselves together for a walk to get my morning nutrients necessary for my participation in the human race. 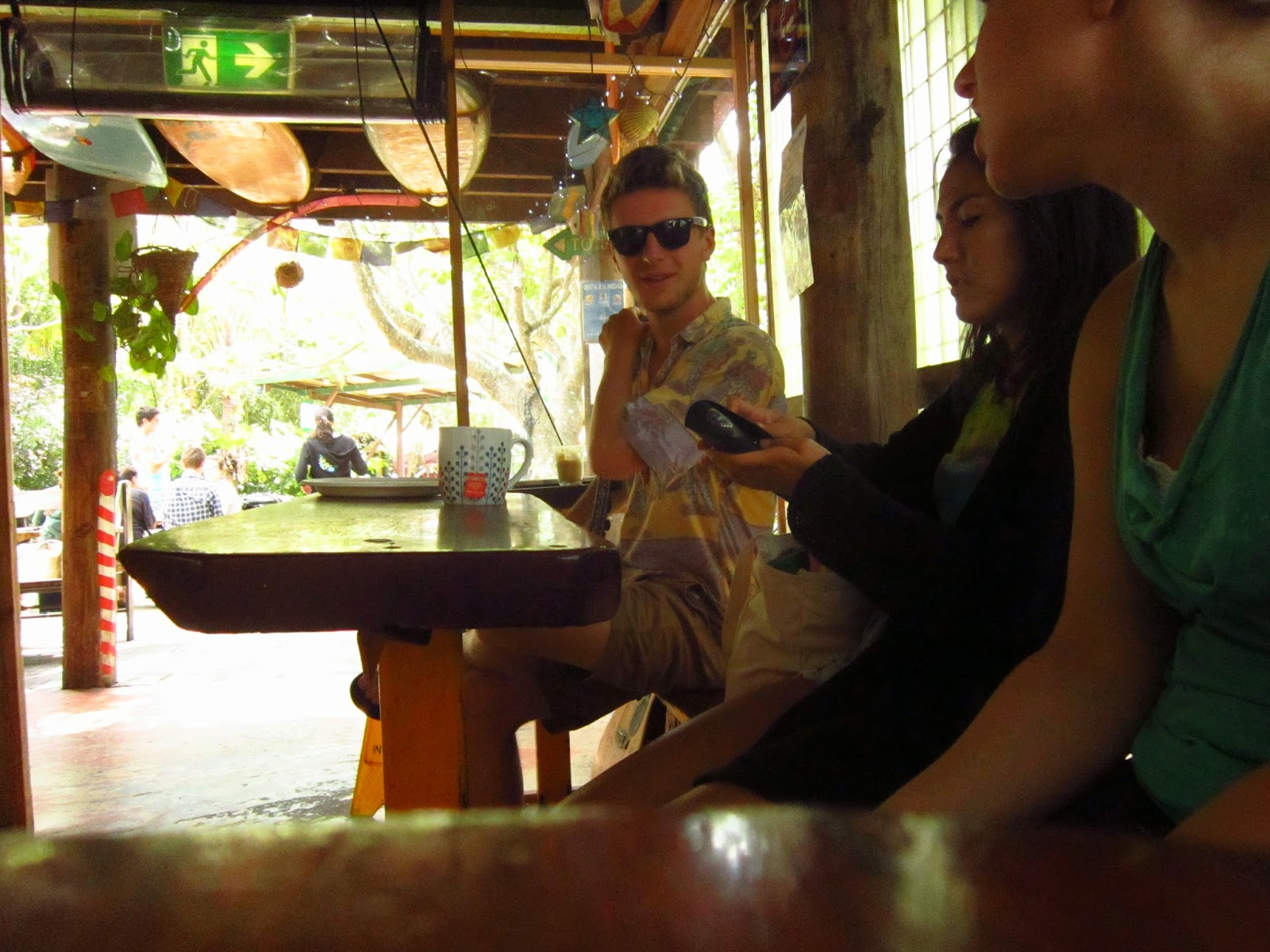 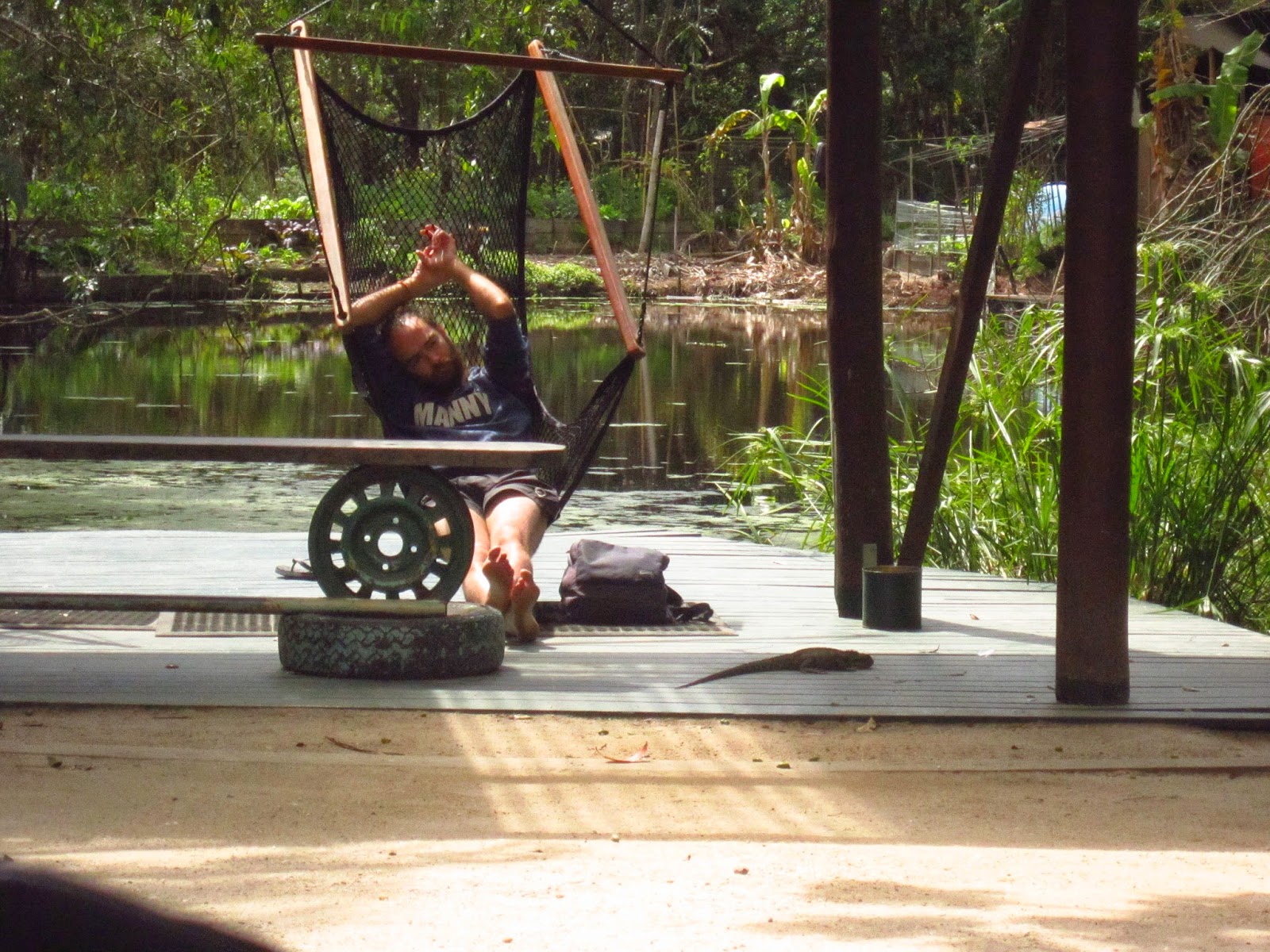 The Arts Factory, to its credit, did host a lovely population of water dragons generally uninterested in the human presence. 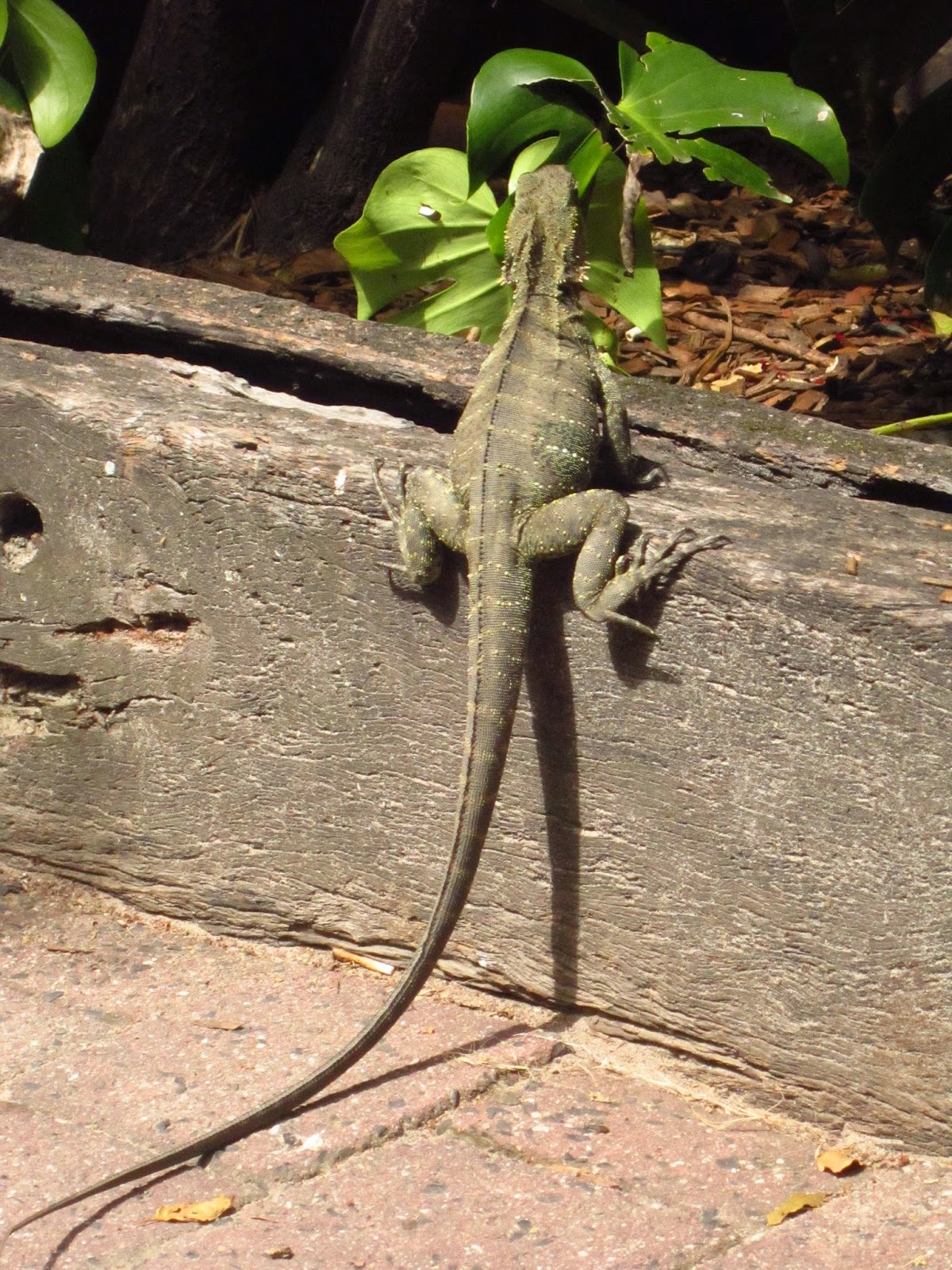 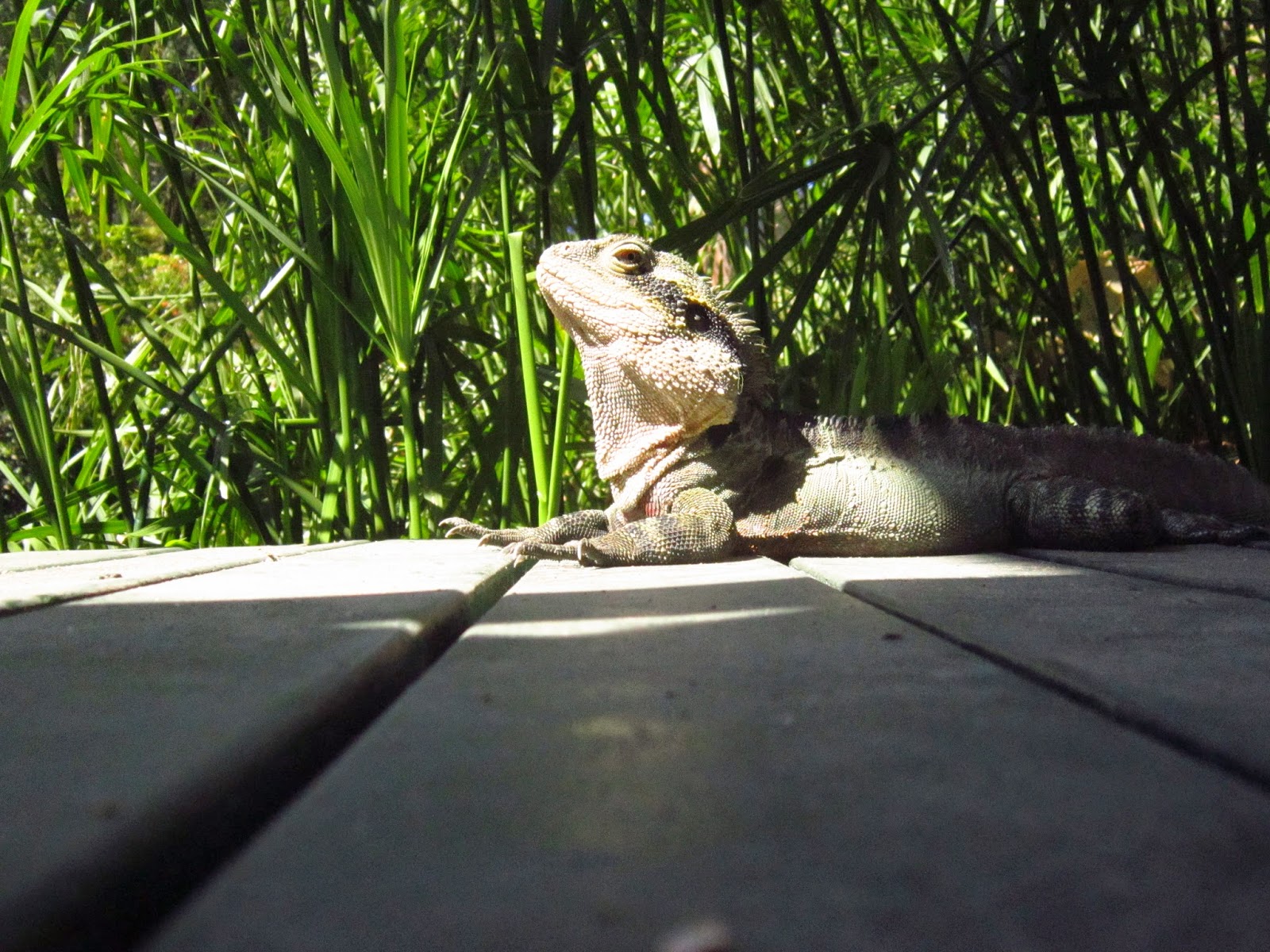 Our dinners, on the other hand, were "provided" (although due to some fun miscommunication, we had to pay for our pre-paid dinners one night) at a shitty nightclub called Cheeky Monkeys. It is one of those obnoxiously contrived attempts to create young happiness through drinking games and encouraged dancing on the tables. It is the sort of place where you just know that alcohol and peer pressure unite so that young women end up in videos they later regret. One of the women on staff tried to start this blatantly scripted conversation with me that I swear was lifted straight out of the South Park episode lampooning Hooters. A charming little place to have enlightened and stimulating conversation over savory vittles.


Erin and I had a low threshold for the simulated youth culture and instead went out in search of live music, which was provided without cover on both nights at the Great Northern Hotel. It is a remarkable venue with great sound and a decent taste in bands. The one last night was a stand-out. However, I do not recall the band's name, as I was busy watching out for my friend Mia to make sure that she was not accosted by a drunk Irishman who took a shining to the group of us. 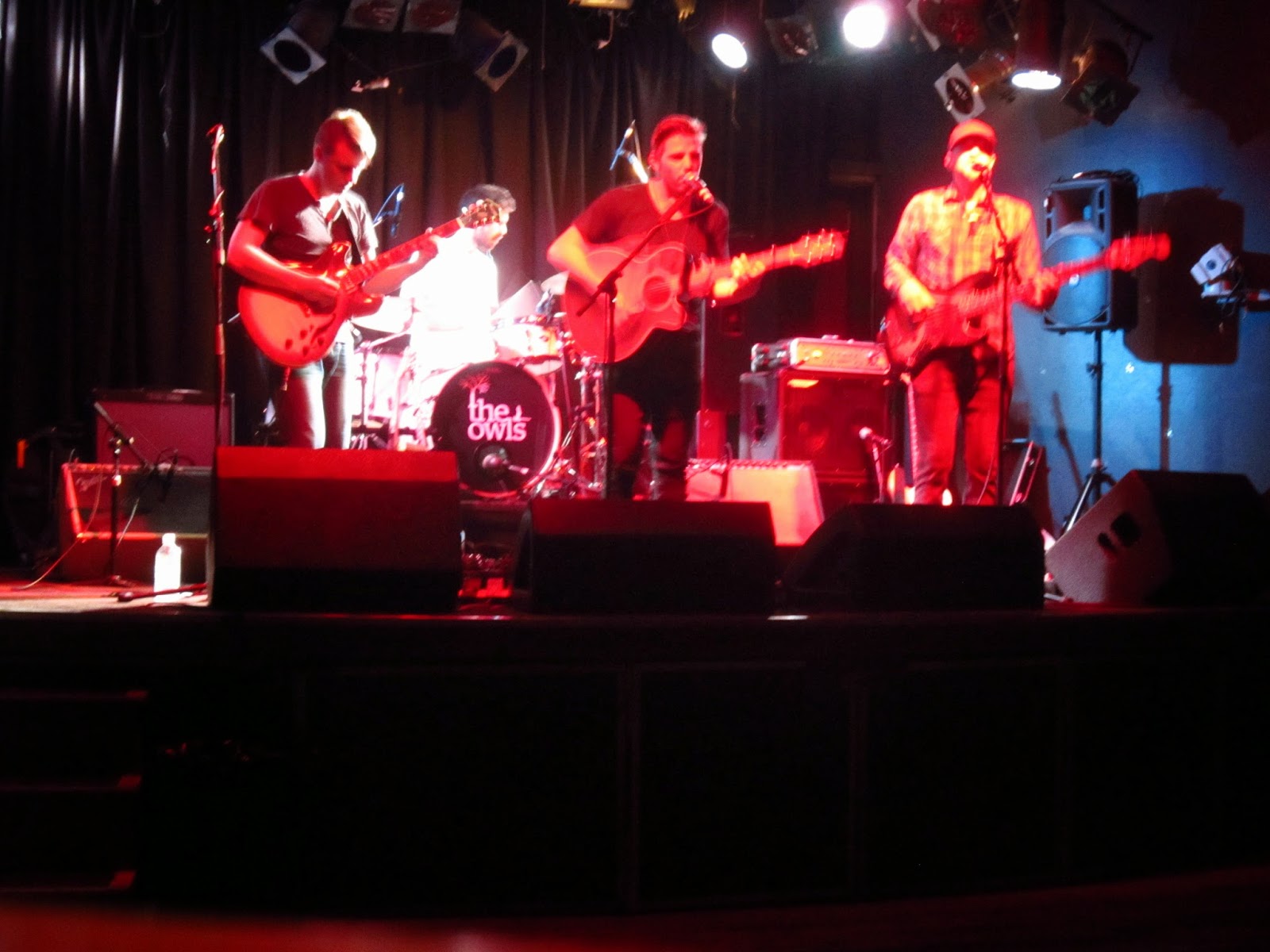 Ultimately, time spent with some of the kids and the beach provided the true enjoyment of the weekend for me. It was great to spend time together, and to soak up some UV rays and some salt water. Even just taking a long stroll on the beach was lovely. 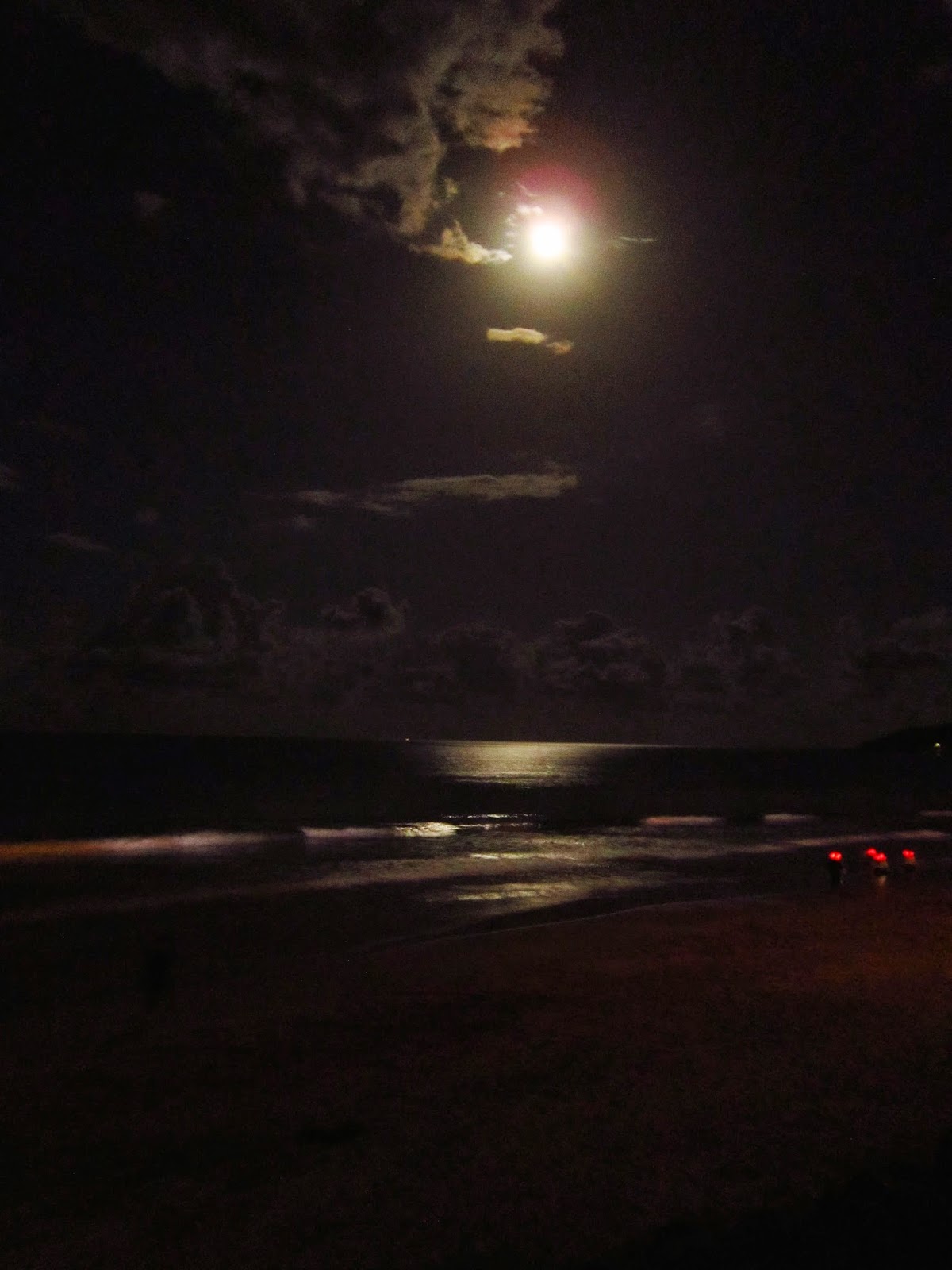 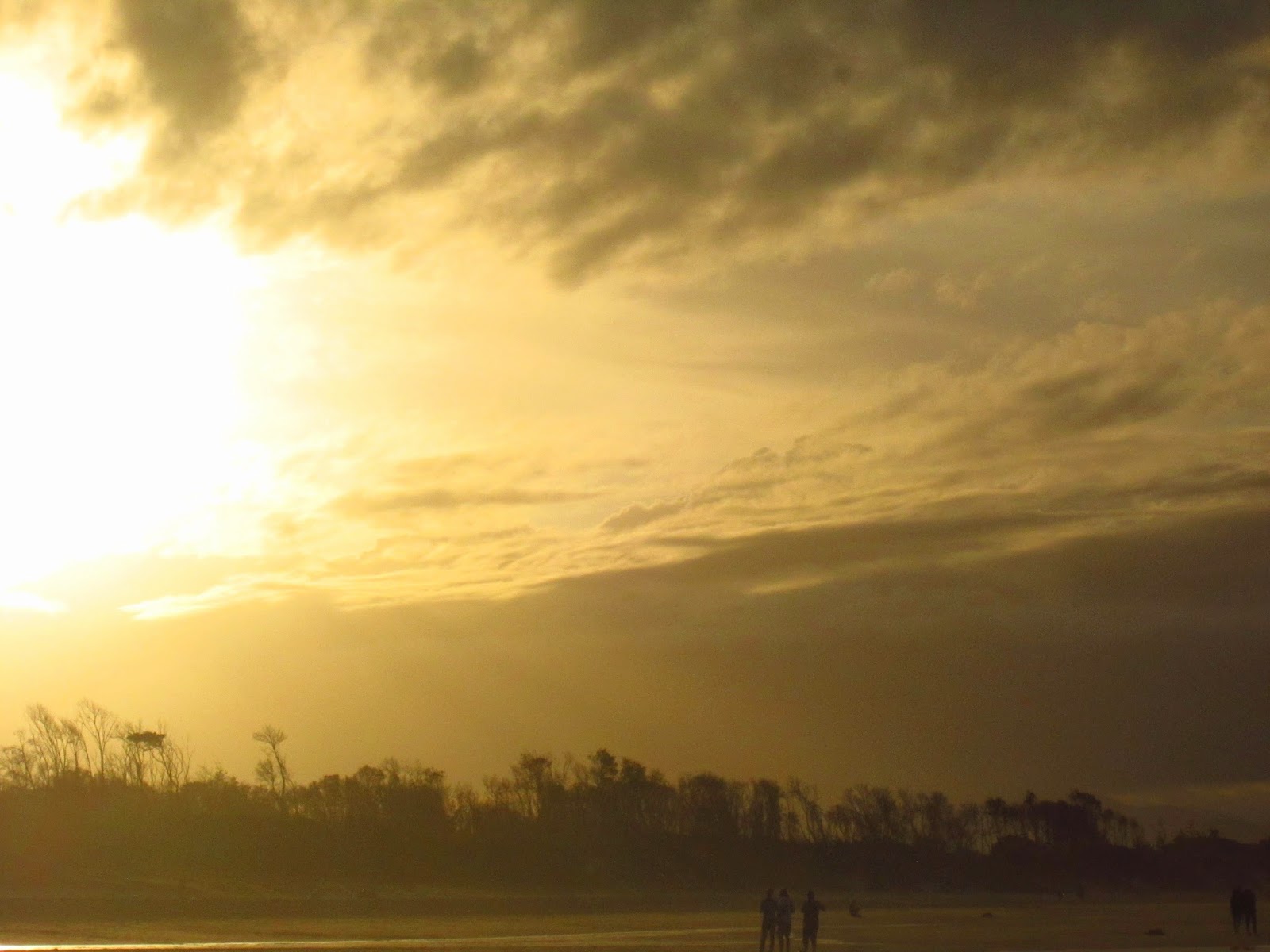 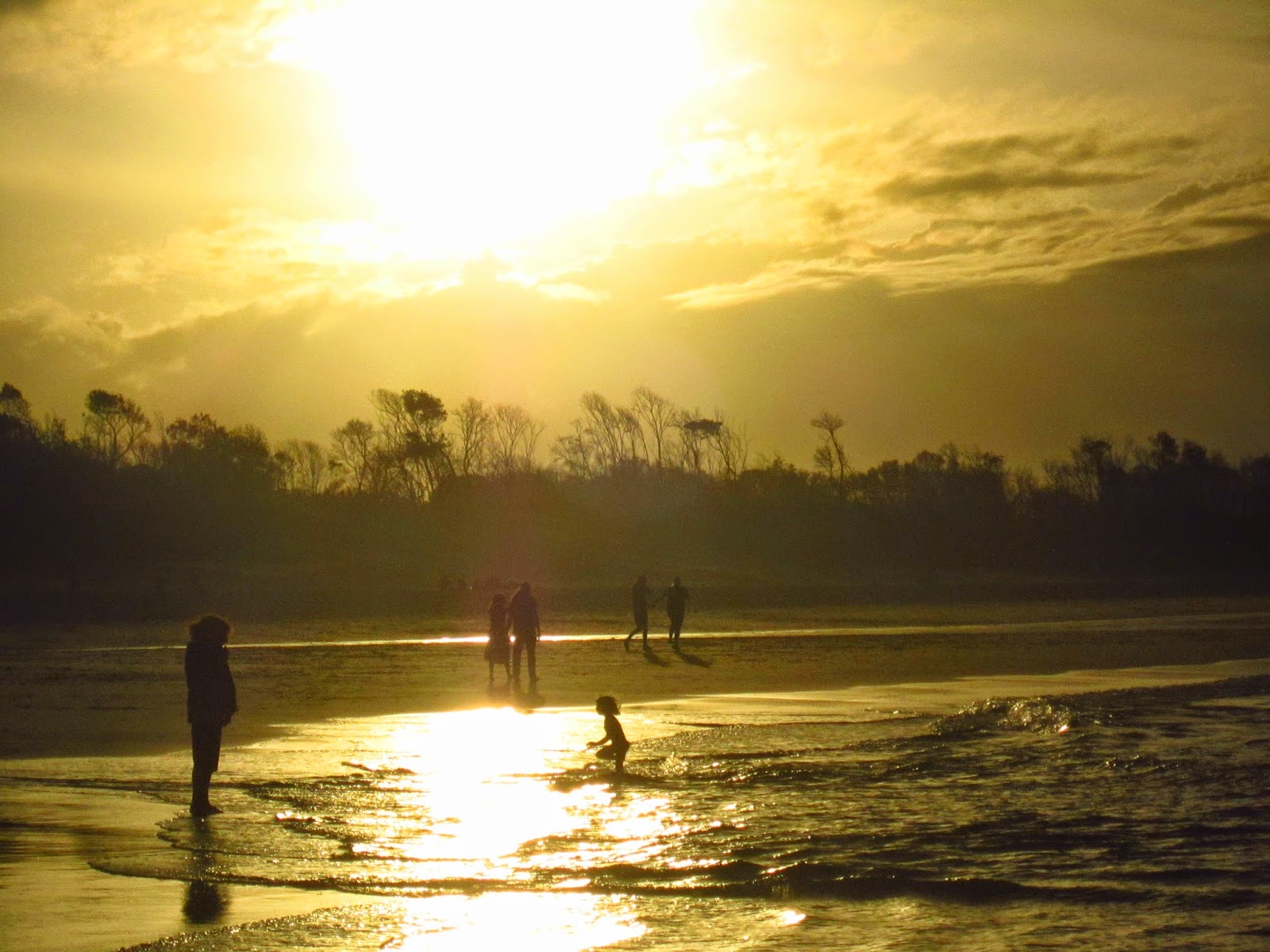 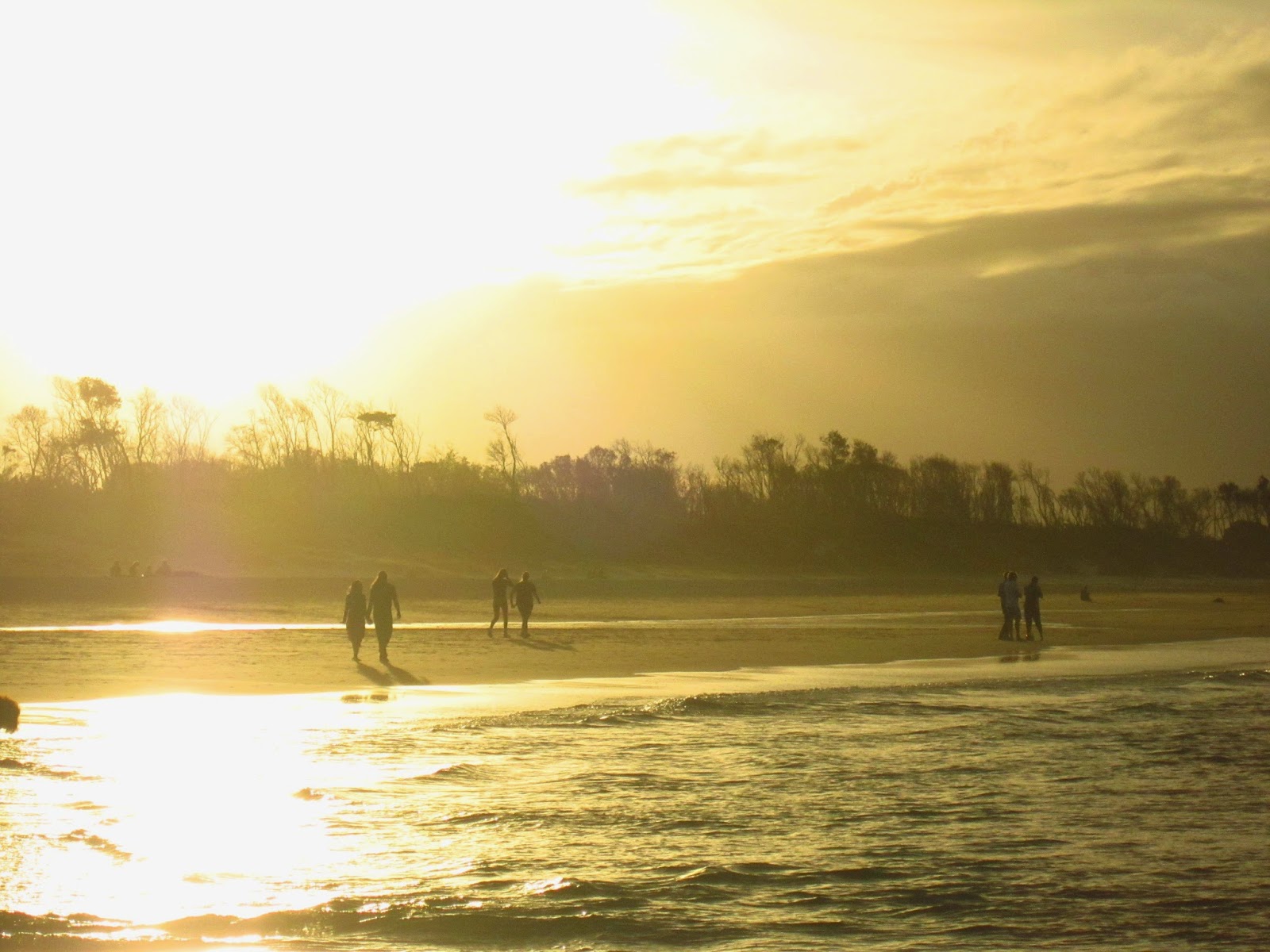 All in all, it isn't a terrible place or a bad weekend. I had a really nice swim in the ocean (despite last week's fatal shark attack off that very beach). I am sitting at a very pleasant cafe. There are some entertaining moments and sights here. 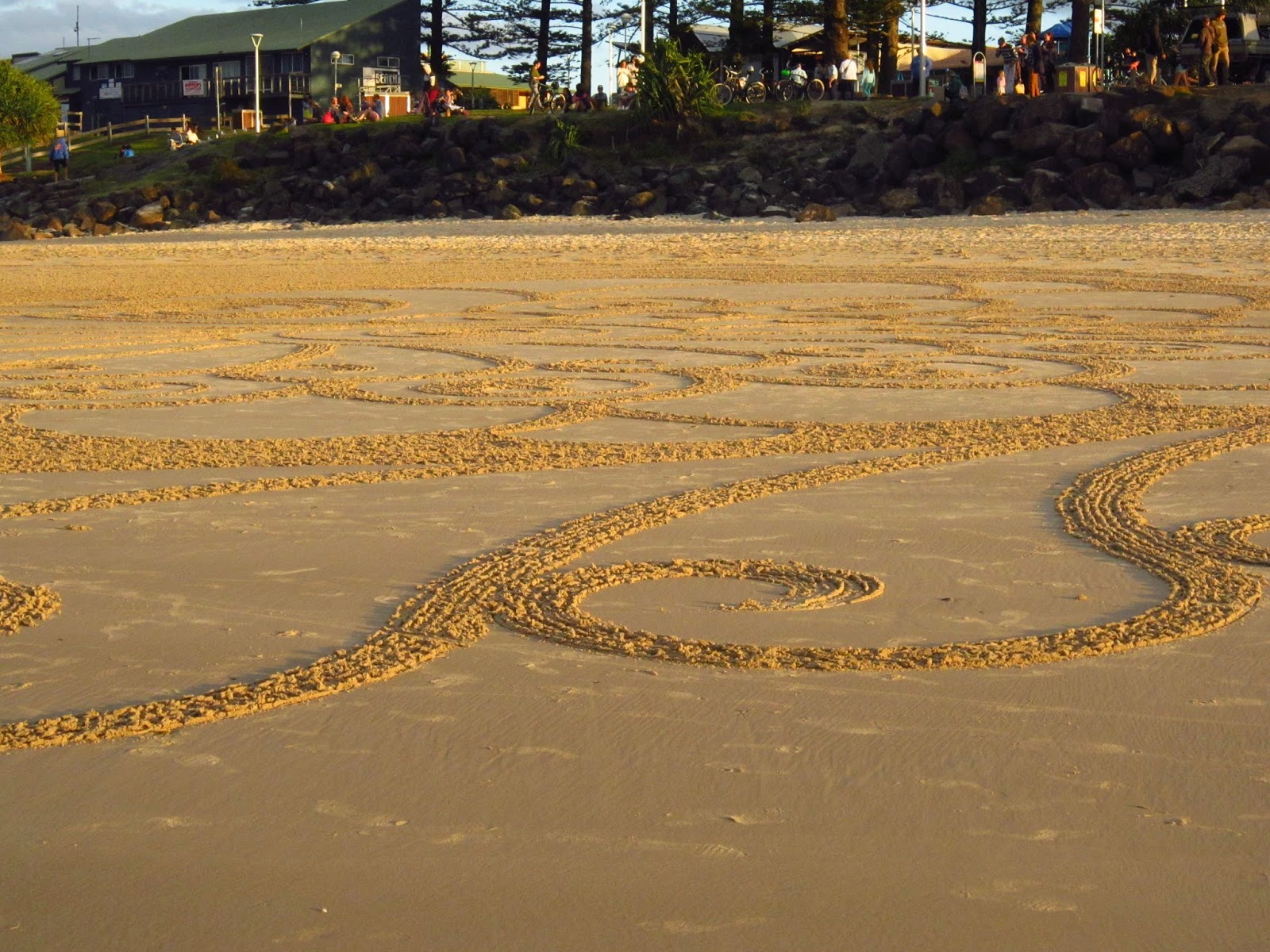 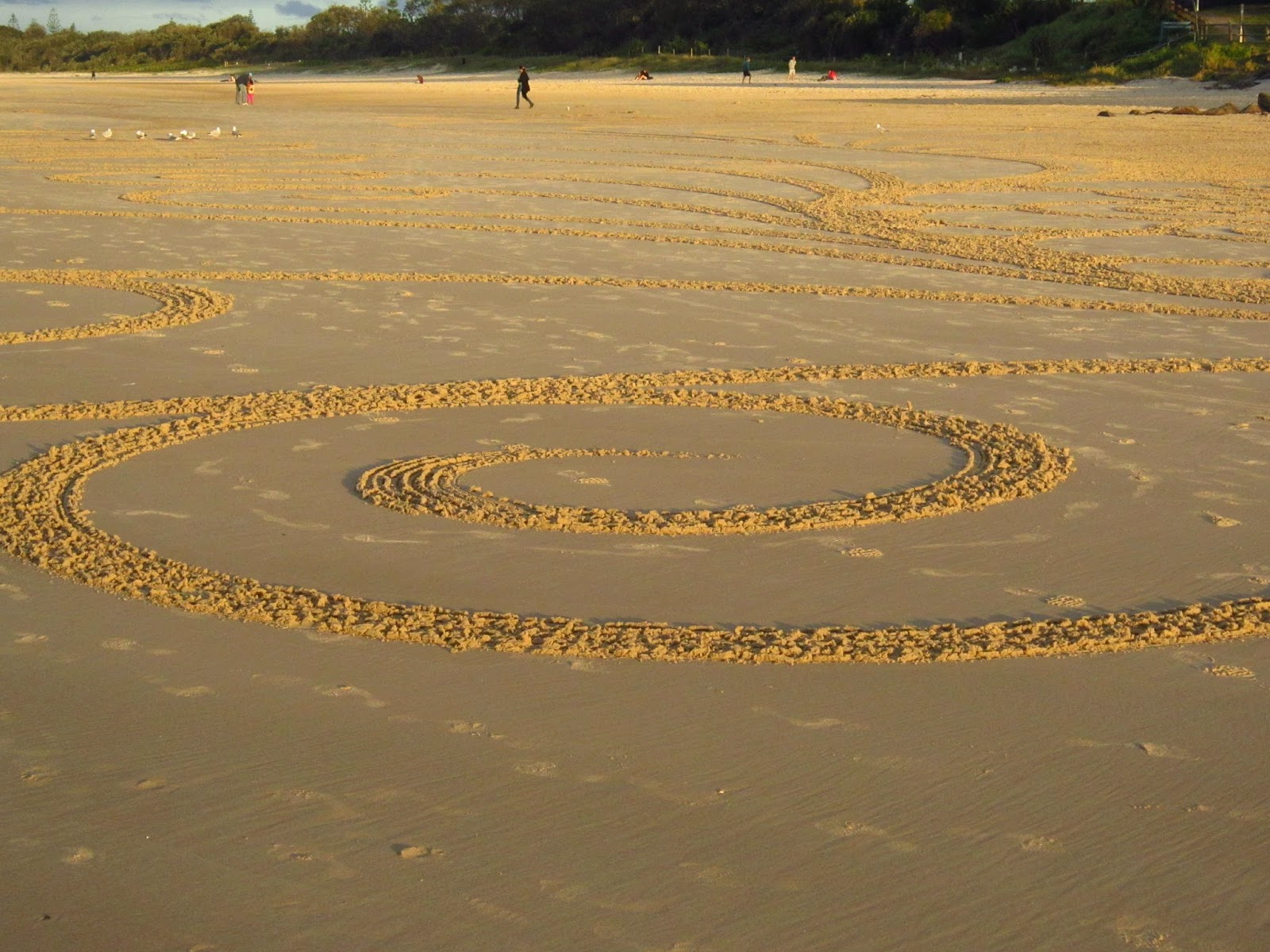 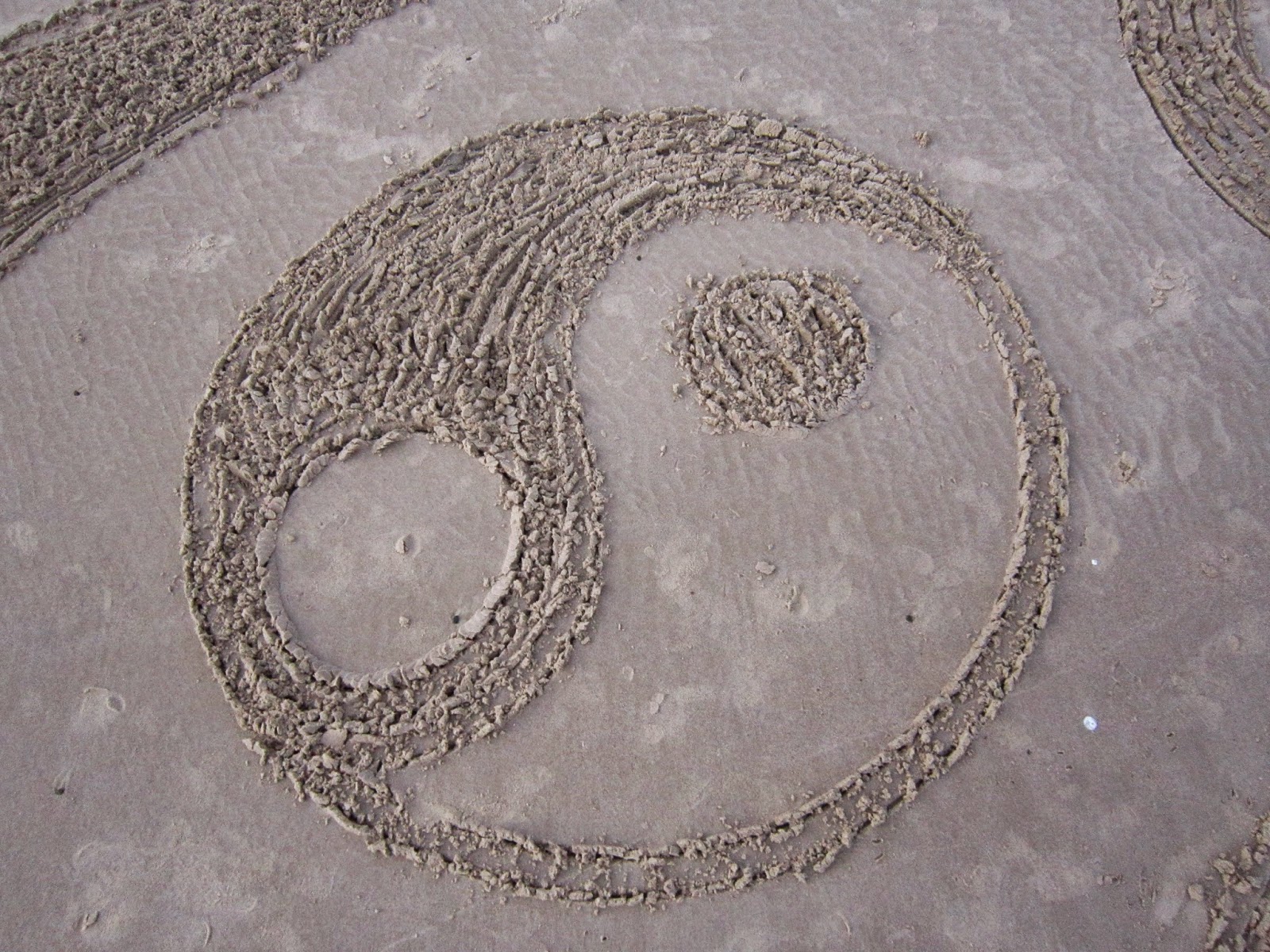 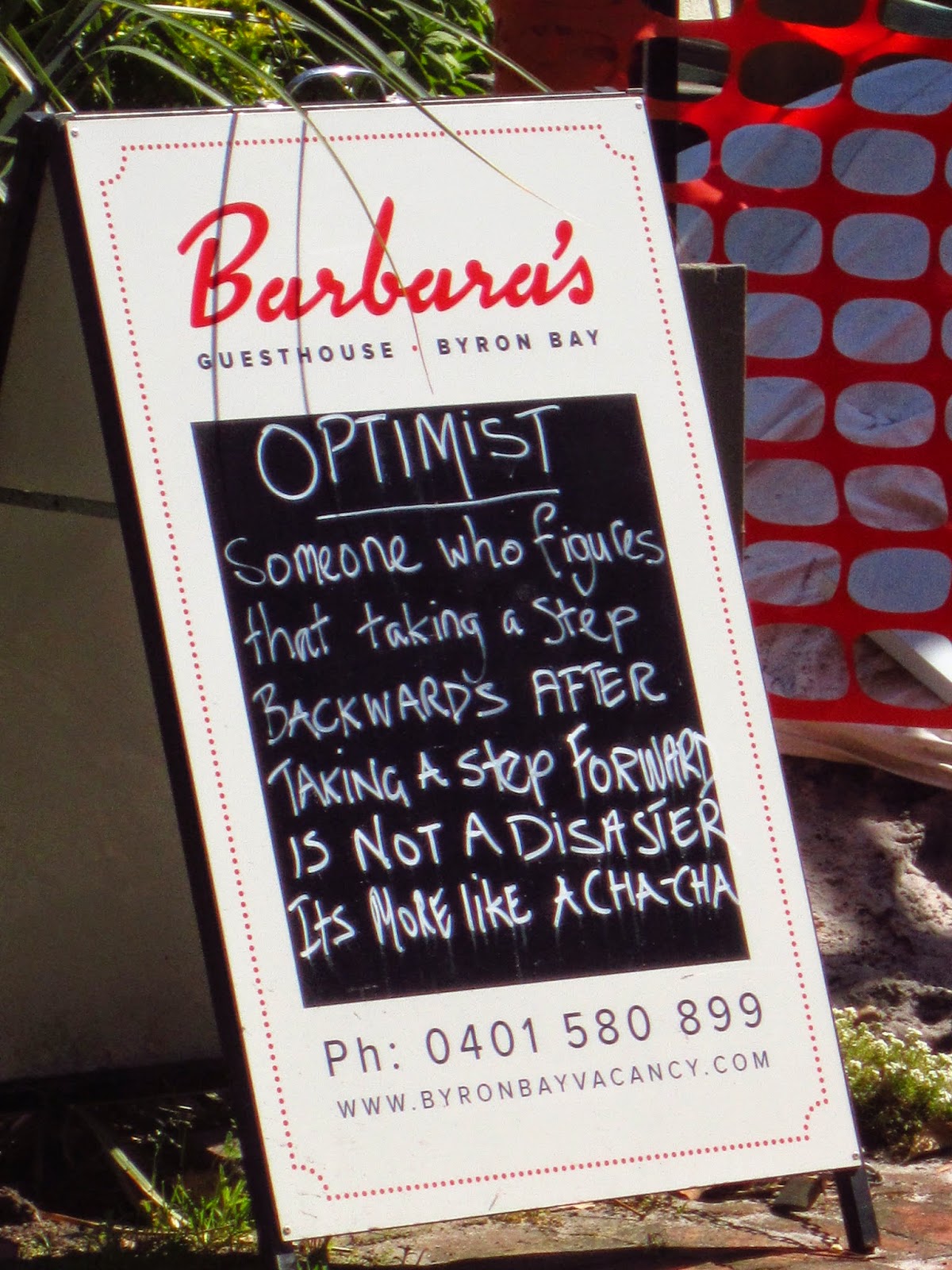 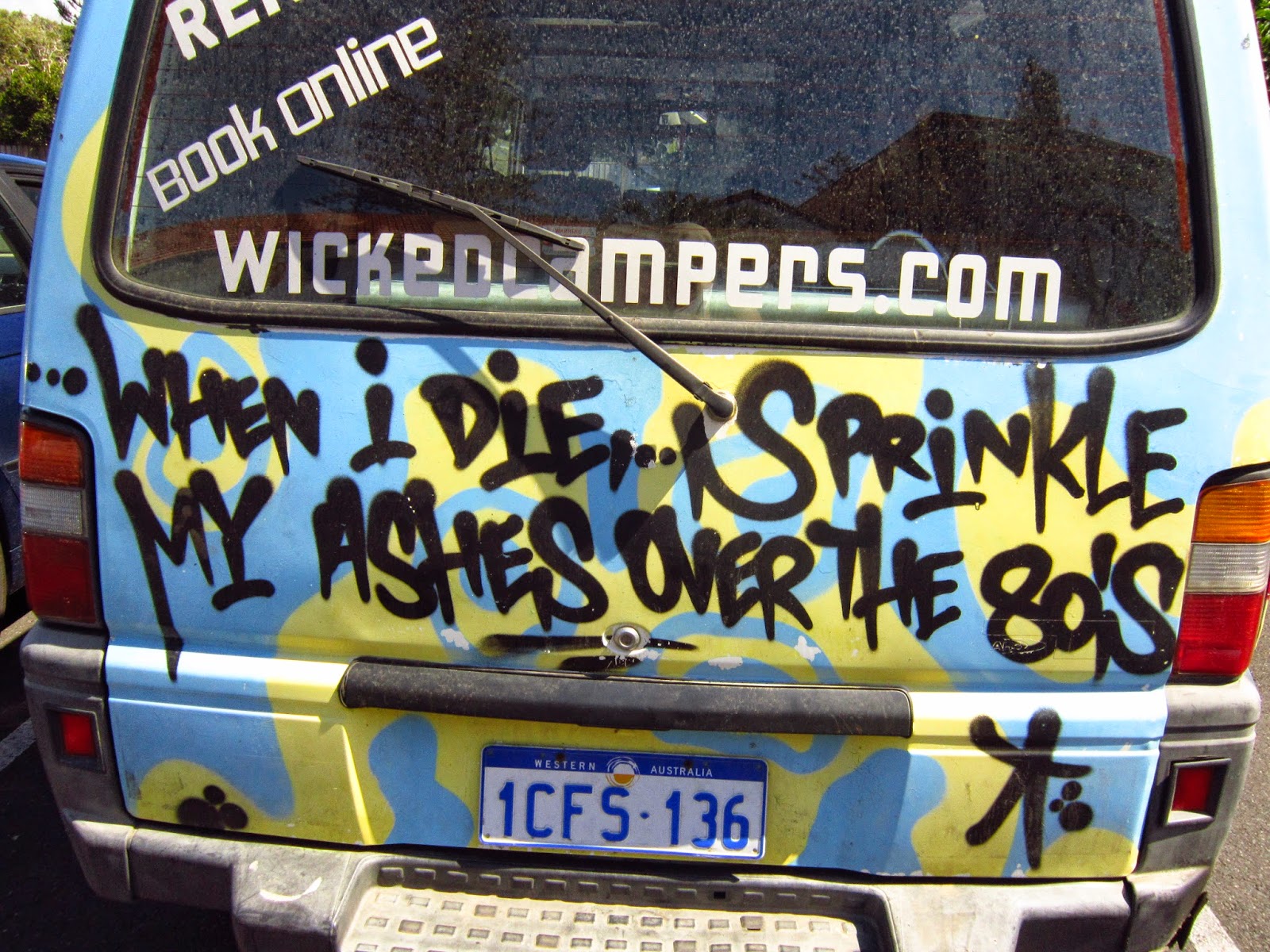 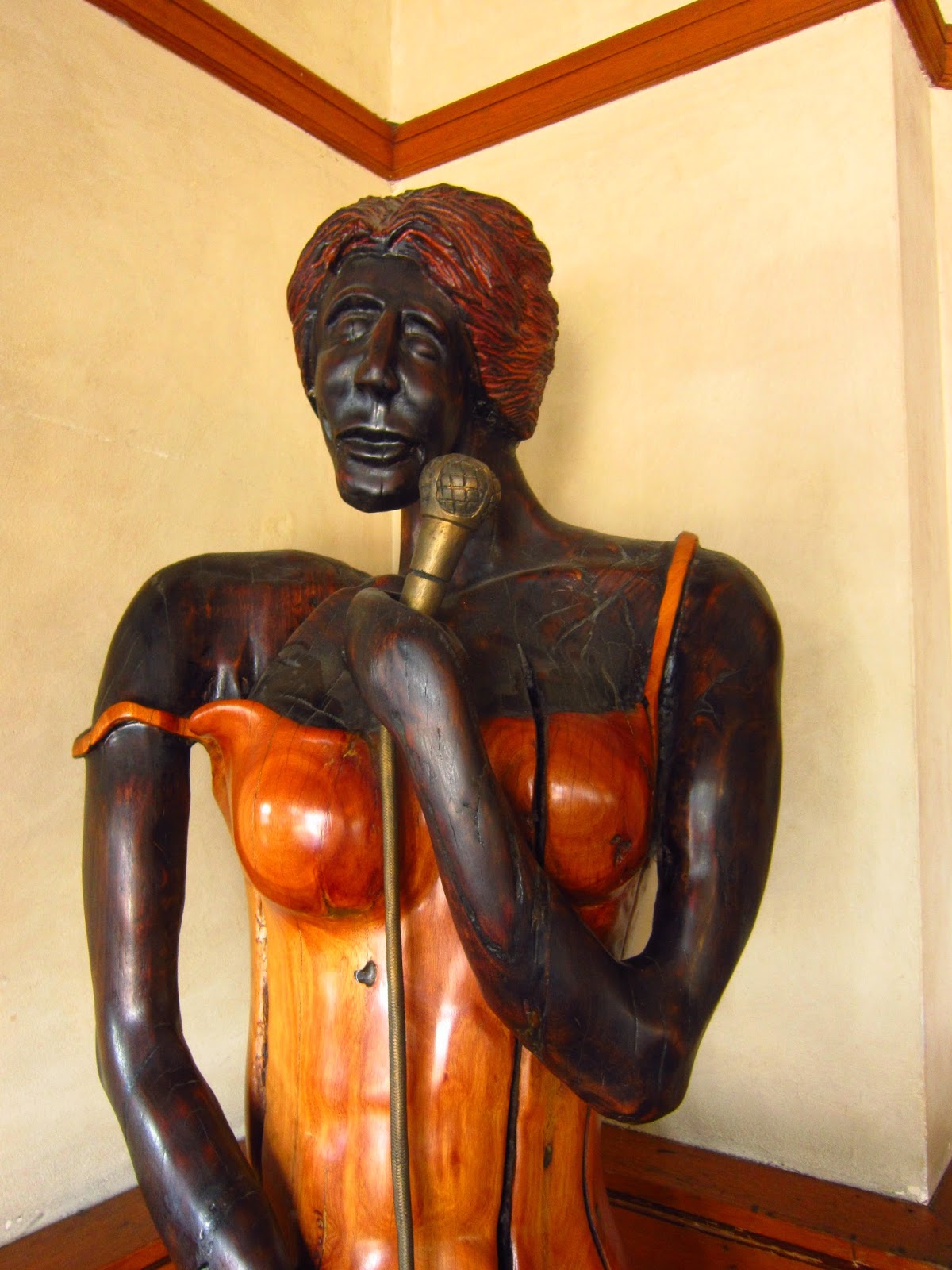 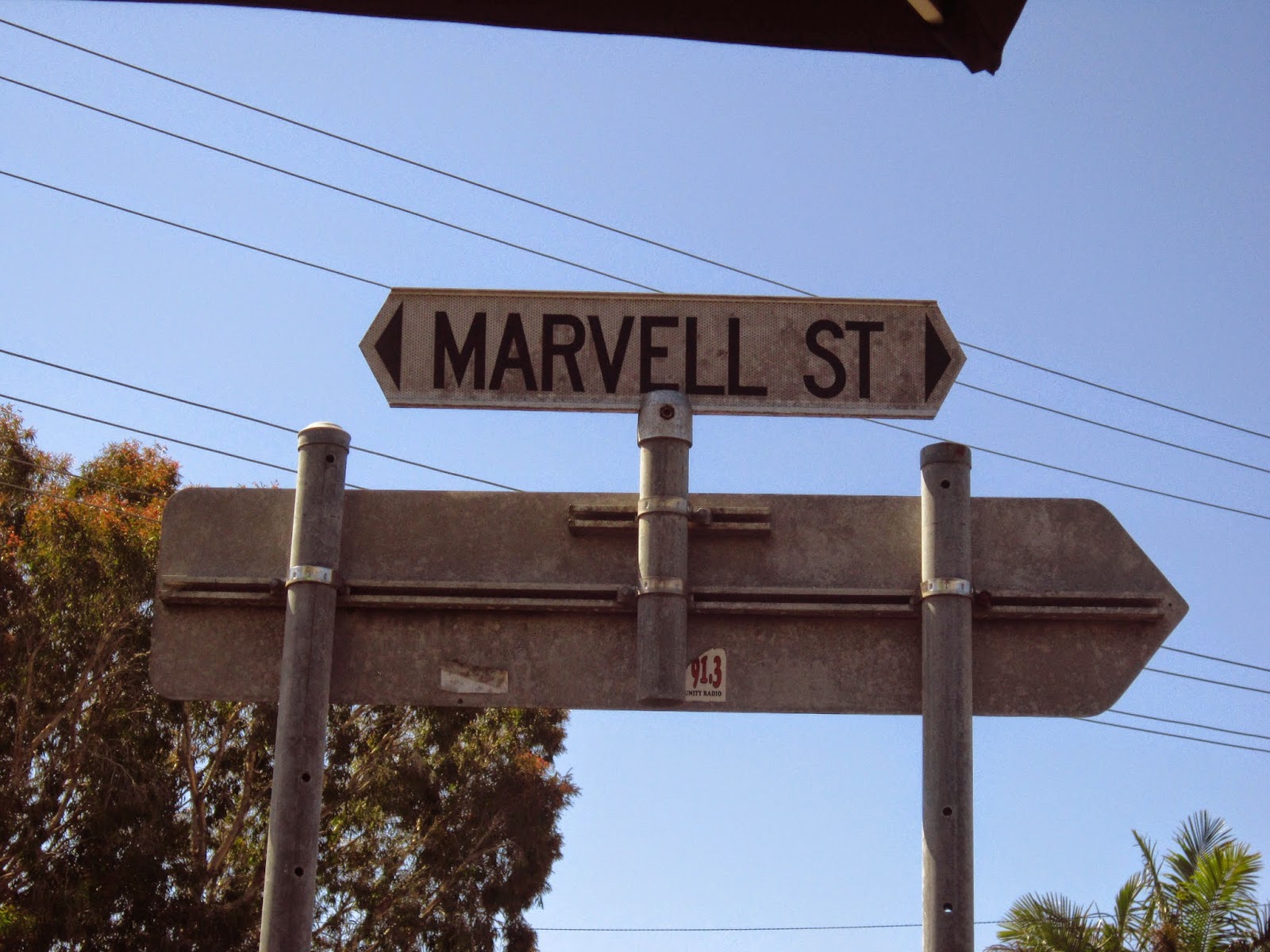 Ok. Must rendezvous with the others to bus back to Brisbane. Apparently, though, there is a brief stop-over in some town renowned for its hemp culture. Undoubtedly that is shorthand for a tedious excursion to a lame hippie town while people marvel at the possible availability of marijuana. Resigned sigh...