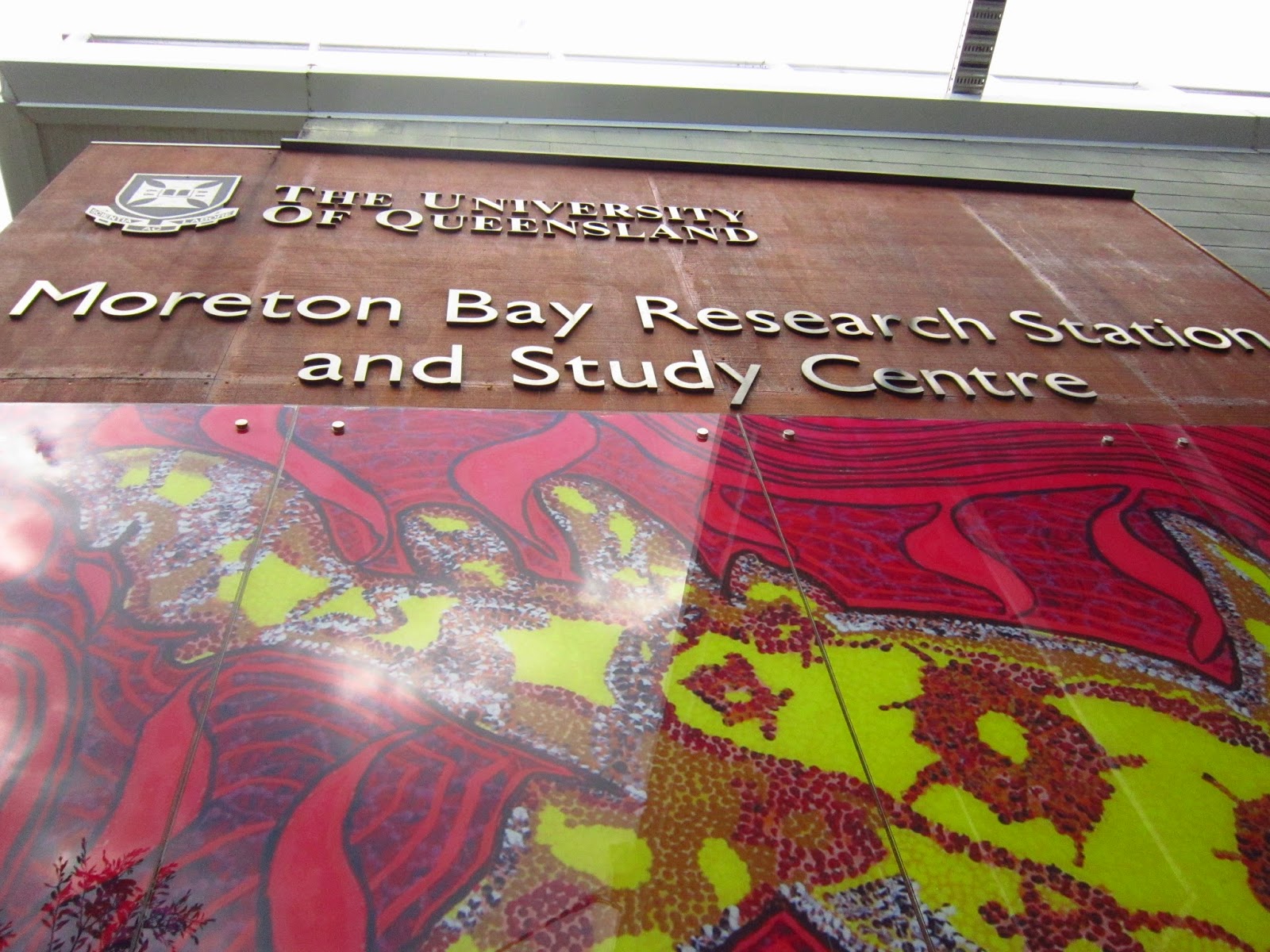 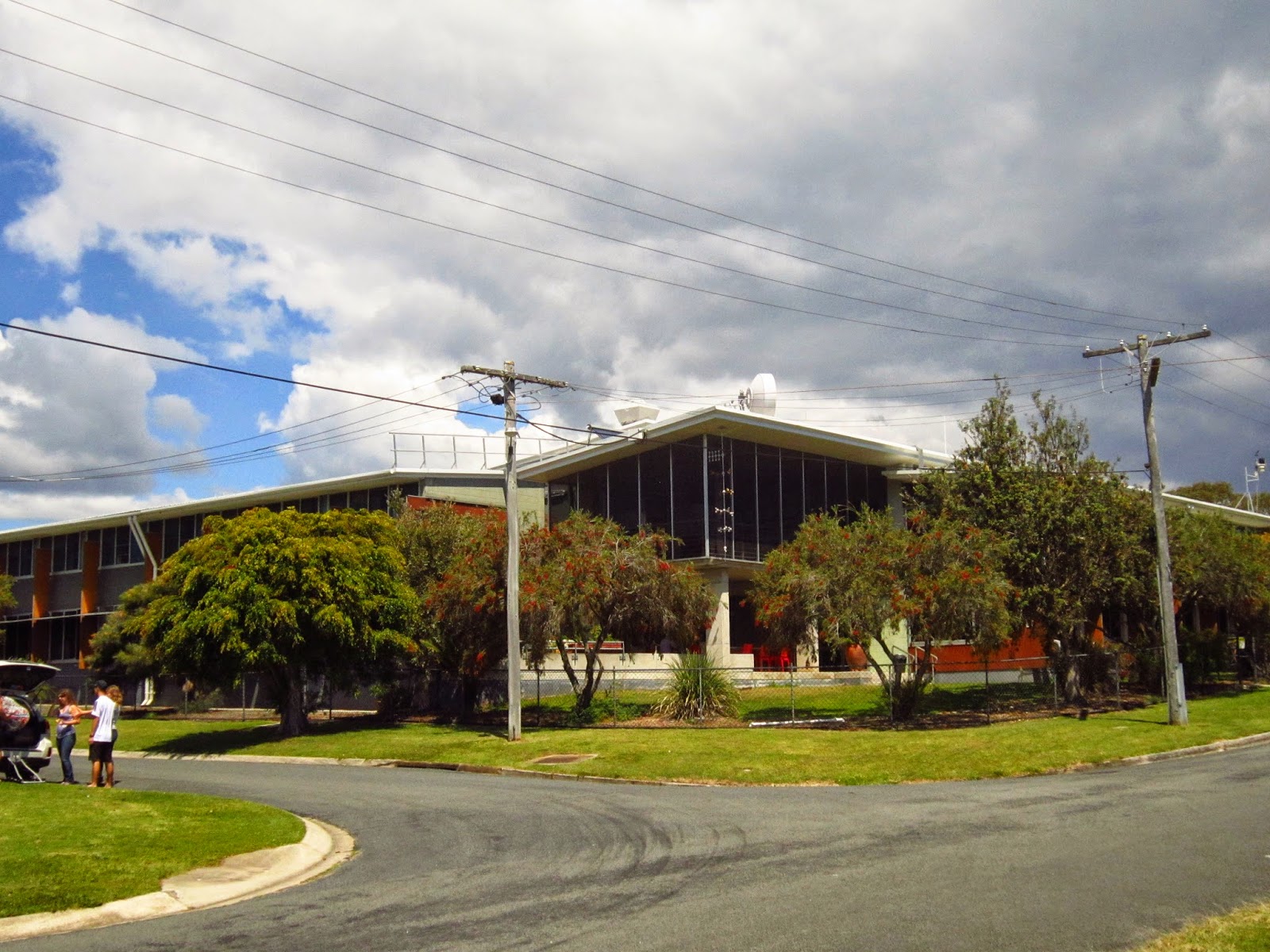 This morning, our coterie left UQ for the coast. We bussed over to Cleveland and caught the ferry across Moreton Bay to Dunwich. The coming week is going to be spent here at the Moreton Bay Research Station on Stradbroke Island (Straddie, as it is known to the abbreviation-loving Australians).

I figure I will try to get this post happening before things get into full swing. We are having a pretty gentle first evening, and I wanted to do this after submitting my University of Cape Town application (one more thing off the next-semester check-list, yay!). Although there is internet here, time will be the limiting factor. Our research schedule is going to be pretty intense, and our bunkhouse rooms are shared among the teams, some needing to arise at ungodly hours with the tides.

This league of extraordinary students has been divided into six research groups. We had to prepare research proposals a week ago. My team will be engaged in the glamorous study of chemosensory preferences (essentially, smell attractants) for a toxic little fish known as the mottled spinefoot, happy moments, or dusky rabbitfish.

Following our arrival, we had a little time to wander on the beach right across the street. The tide was in, so the beach was quite tiny.

After lunch, we spent some time in the wet lab setting up our apparatus. This consists of two small tanks that receive a constant in-flow of water. Each of those small tanks flows into a larger tank that has a division in it, and the water continues out of that tank to return to the circulation. We will place a couple different smell-attractants into the two small tanks, and see which side of the division in the main tank the test-subject fish prefers. Our data will help other researchers bait their cameras to observe this fish and gain better understandings of their habits.

Around mid-afternoon, the tide had gone out (well, way out). We changed and went out to seine net for organisms. Our group needed some rabbitfish, and other teams required other species. We also encountered a singray, a blue-ring octopus, and a pesky pelican who was always hovering to see what he could steal from our net. As I was at the lead of the chain gang hauling the monstrous net, there are no photographs in my possession of this exhausting little ordeal. It is hard to describe something that is simultaneously horrible and horribly fun.

Three of us waded out into the water. Around our ankles was a rope with small lead weights (to run along the ocean bottom). With our hands, we pulled a rope with floats. The net hangs between the two ropes to sweep through the water to gather critters. A sideways shuffling step was recommended to avoid stepping on stingrays. However, the substrate of the bay is an incredibly soft mud. While my lead foot was sliding out in front of me, the tailing foot would sink into the mud. I then would need to pull that foot out of the mud and slide it forward, giving my front foot time to sink. Repeat ad nauseum.

Since I bought cheap reef-shoes, I spent a fair amount of time retrieving them after the mud sucked them off my feet. All of this while trying to drag a heavy rope (it often felt like someone was standing on it, but it was just the drag of the water) through waist-chest deep water. Ryan, Max, and I  sang spirituals and work songs (punctuated with curses at the mud) as we trudged out into the bay, made an arc, and returned to shore to drag the net in.

Having performed that bit of labor, I rapidly handed off seine net duties to the others. We all picked fish out of the nets, and Max and I carried the tubs of fish back to the wet lab to sort into holding tanks while the others made additional passes with the seine net.

We then cleaned up and had dinner. While there is likely a need for a couple more trips out to the water to gather fish and algae, the majority of our time is going to be spent in the lab watching fish choose between smells or sitting with data running statistical analyses. Yep, riveting.

Sorry for the wordy post. Here are some pictures I was able to snap off before I ended up getting into the water to work. I have a bunch of random photos from around Brisbane that I need to post sometime, as well as some extras of Lamington. Some day... 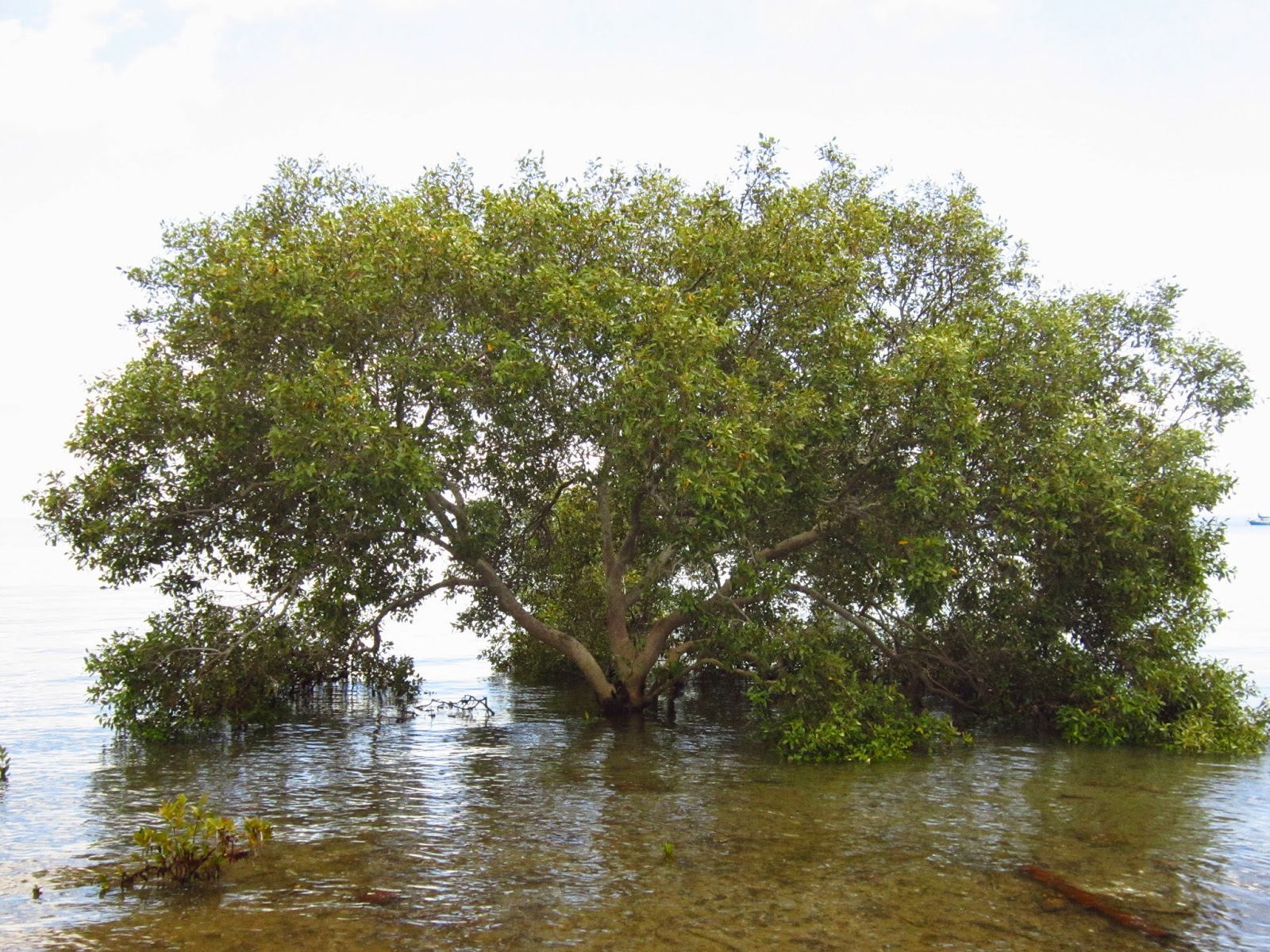 I will try to post updates and pictures as time and energy permits. However, I hope everyone knows that I miss them and love them. I am very grateful for the emails I receive and often endeavor to reply to them directly (though it is frequently difficult to initiate individual emails).