February 03, 2015
On Sunday, we strolled from our new digs over to the campus to board a small fleet of tour buses that took us on a tour of the Cape. We first took a quick spin through the city. Our guide pointed out the original water line (now Strand Street) several blocks inland, as a good portion of the city is built on reclaimed land. We drove around the old Malay quarter, with its colourful buildings and vibrant minstrel culture (there is the possibility of coming along to a performance with the guide's crew). 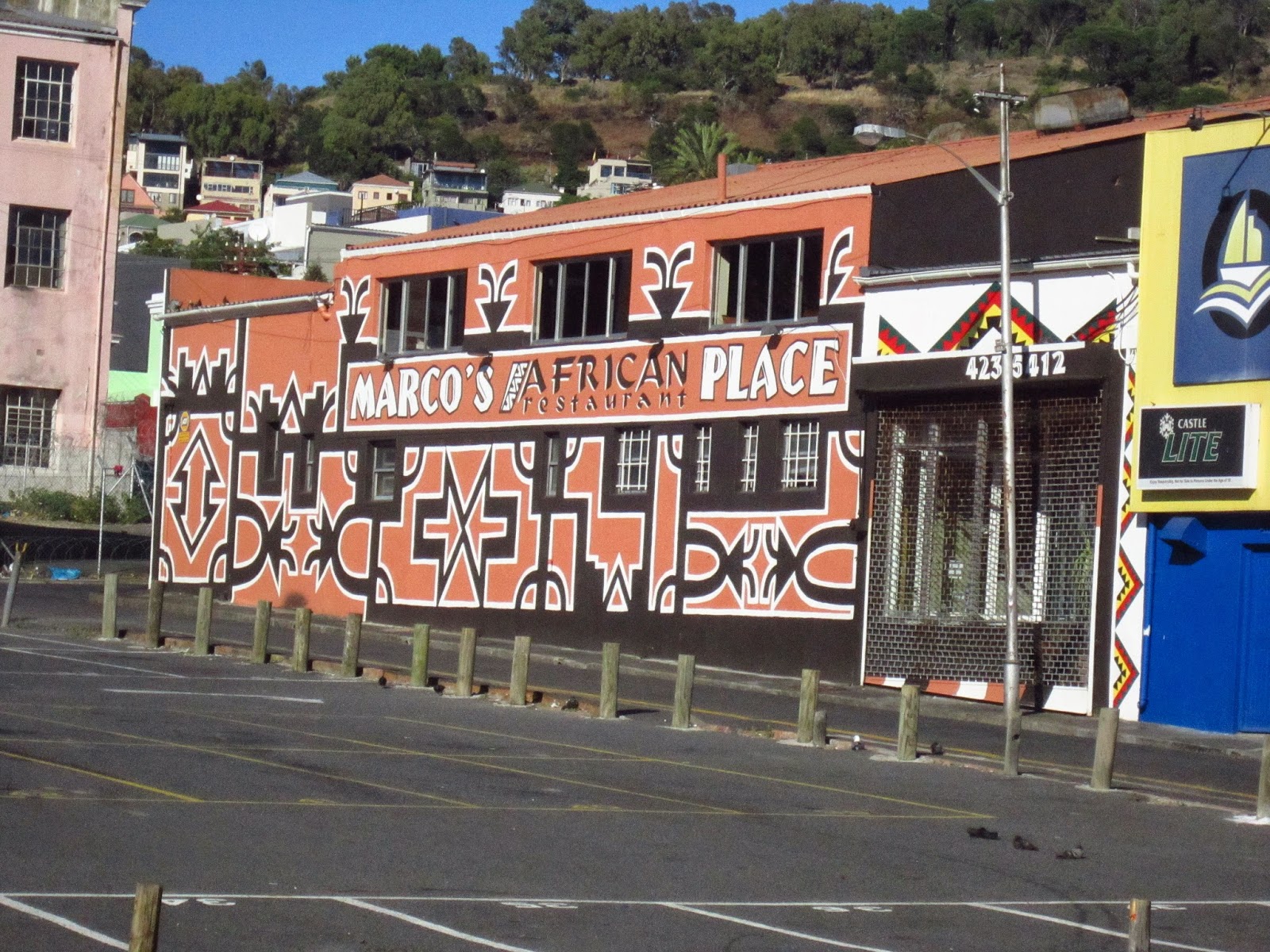 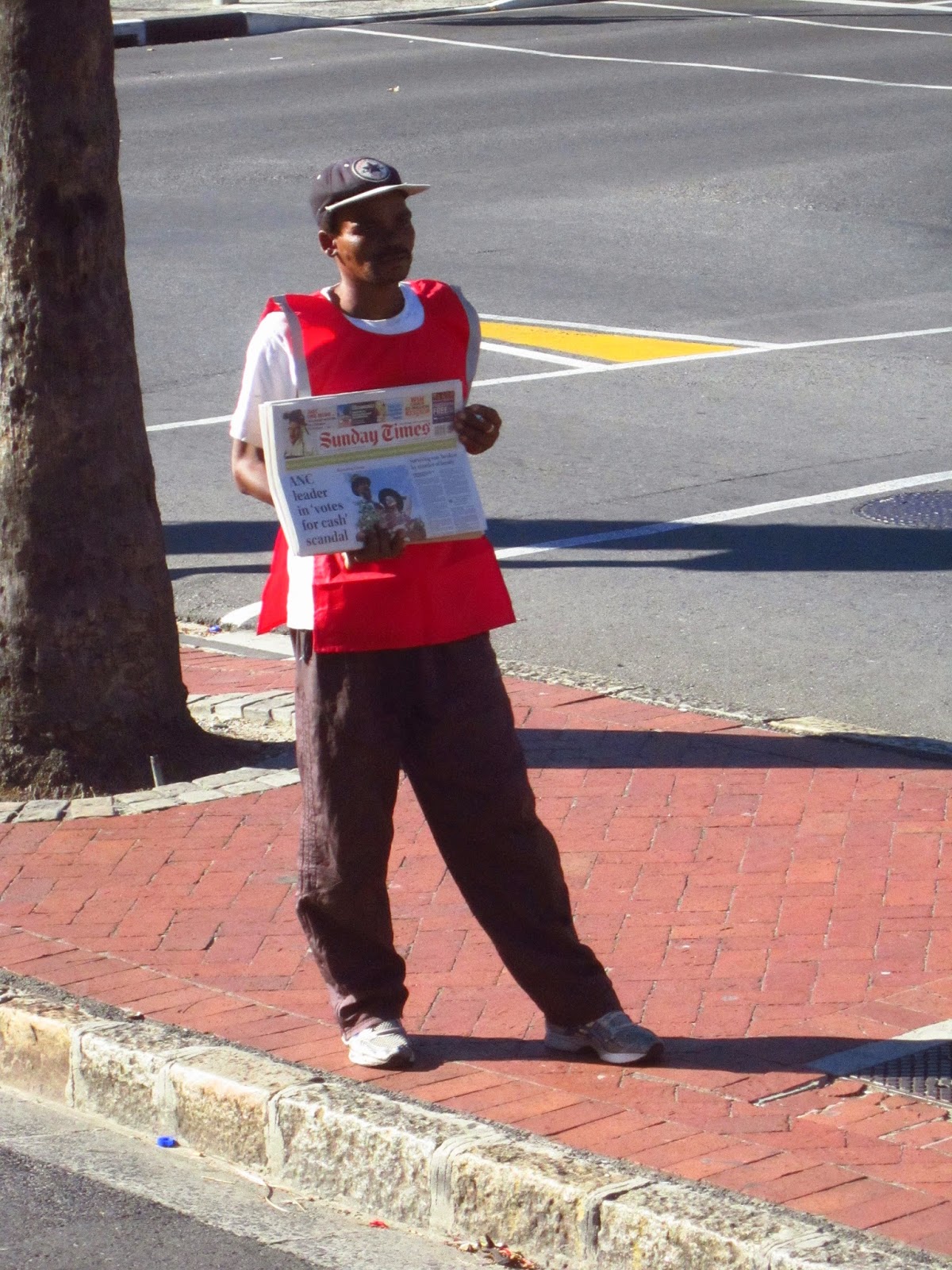 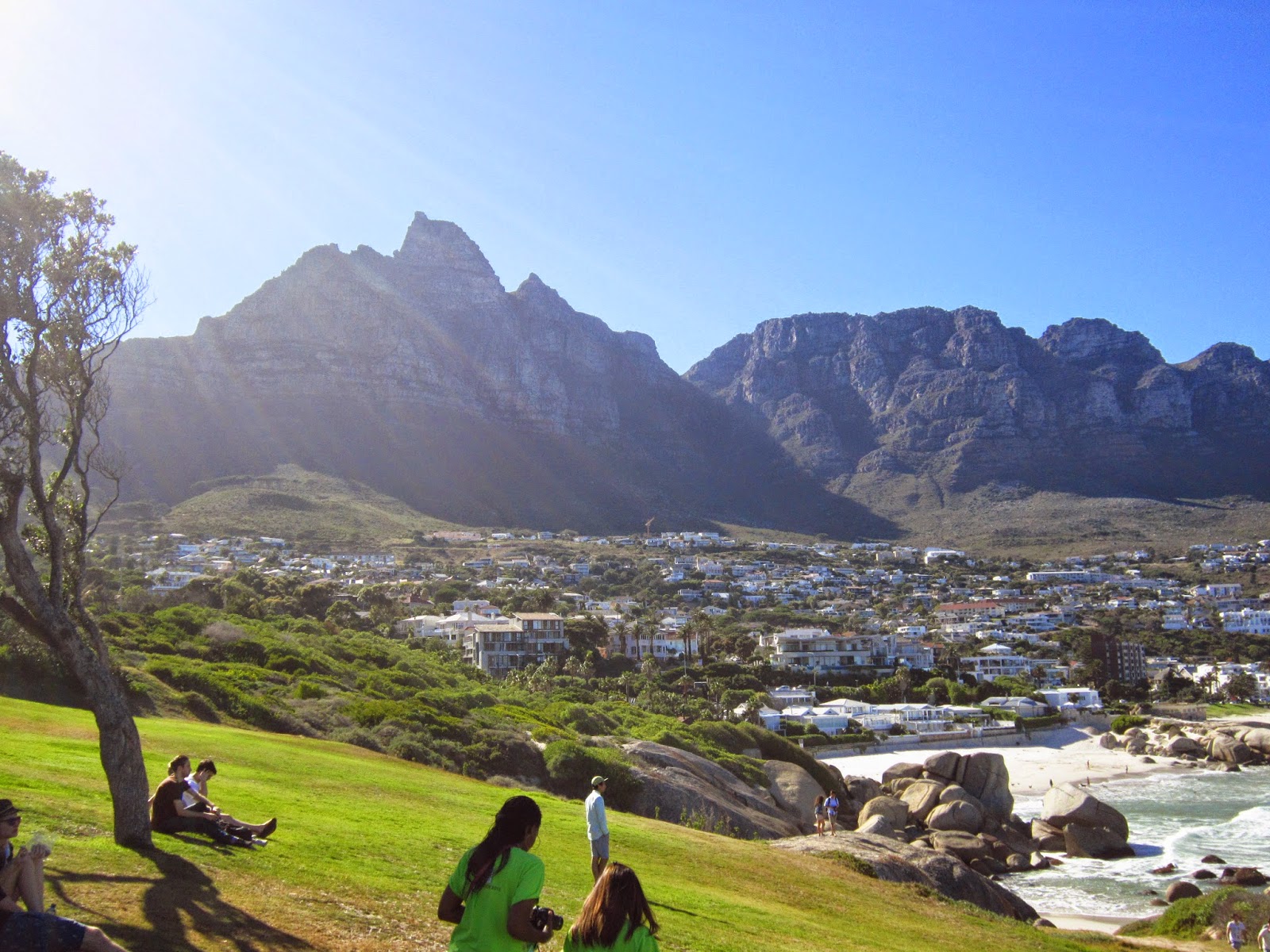 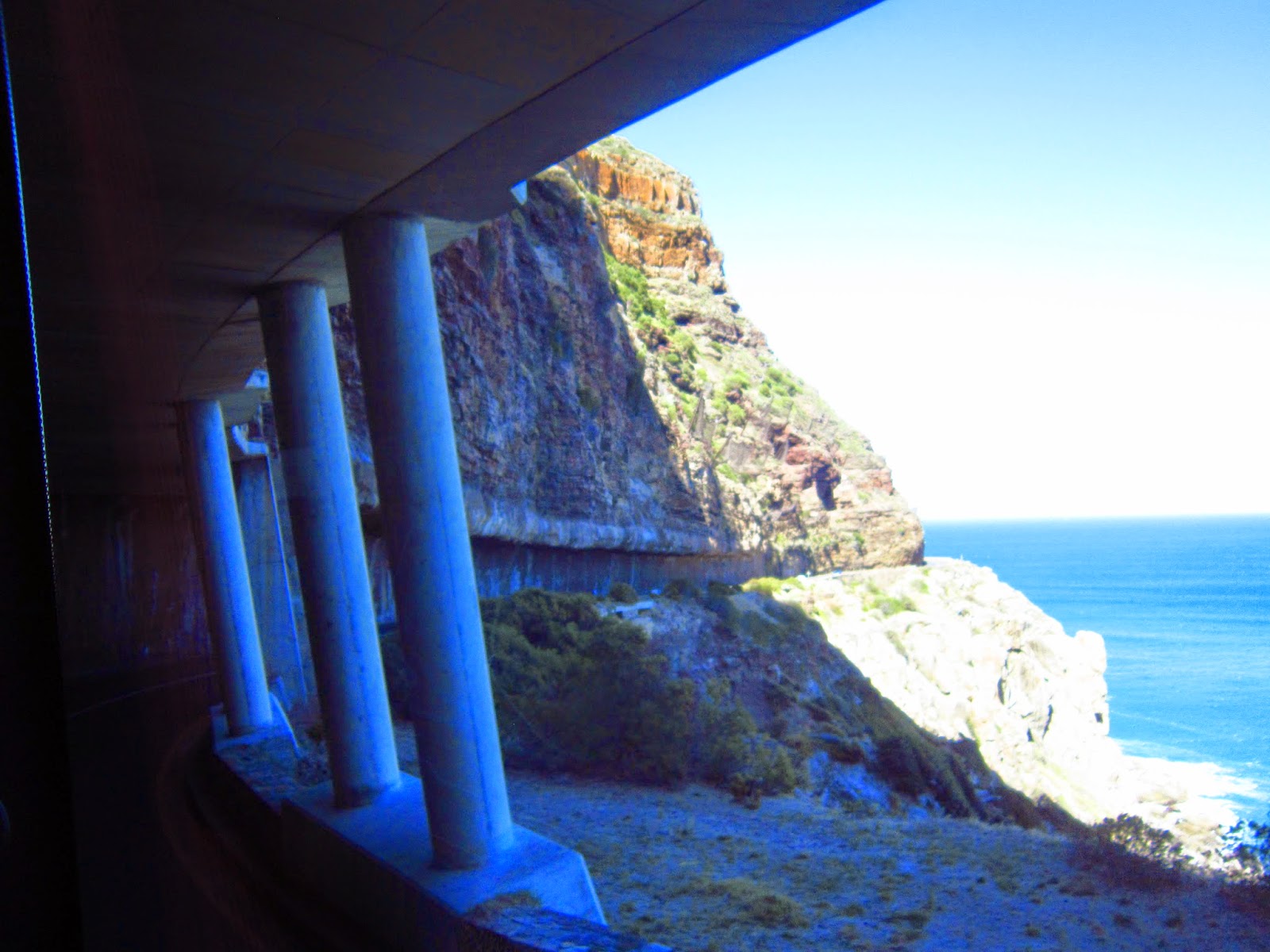 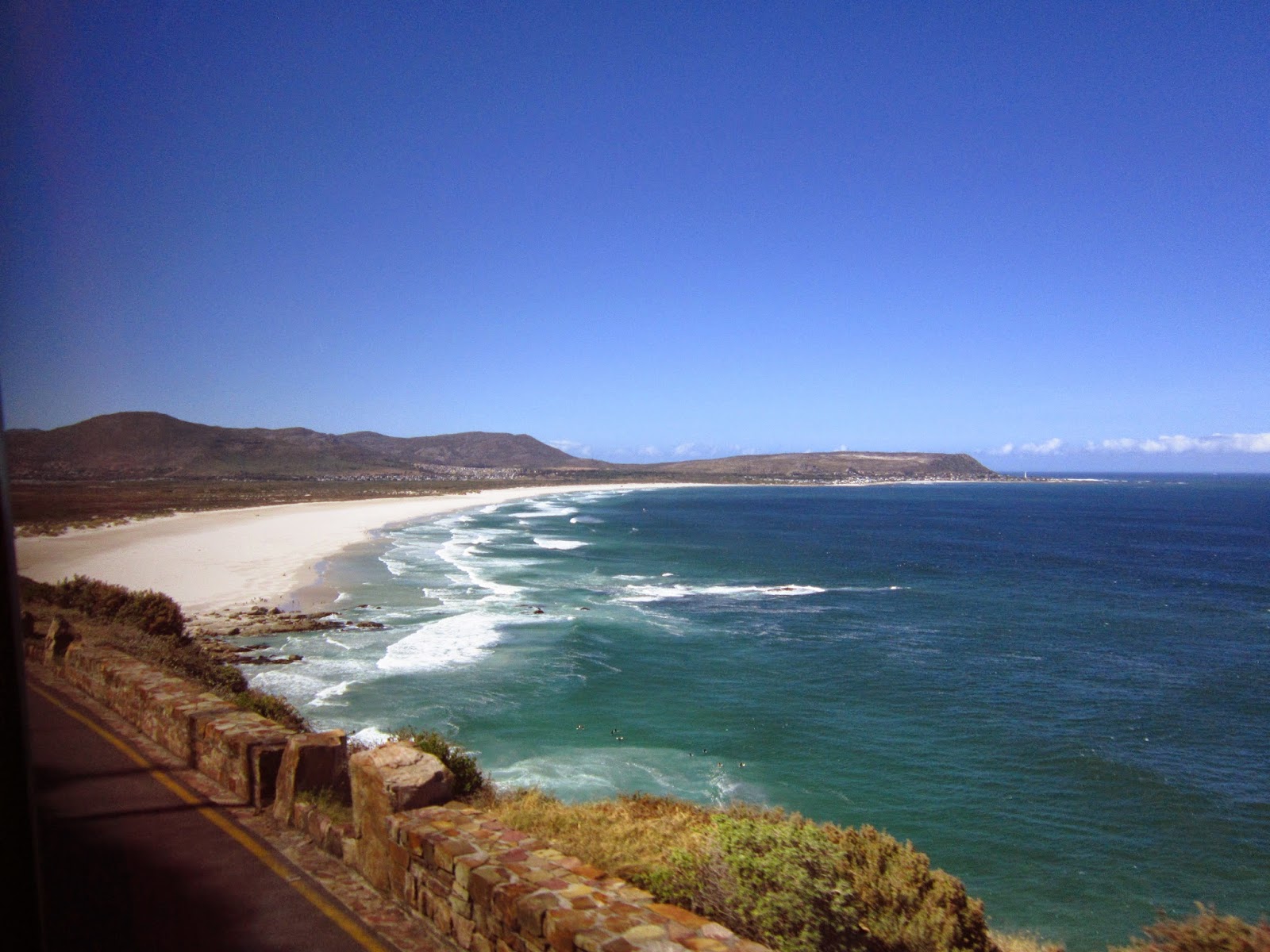 Eventually, we pulled into the settlement of Ocean View. In the grand tradition of real estate scams, you cannot actually see the ocean from there. However, in a horrific twist, the community was a forced relocation of cape malay individuals during the period of apartheid. This settlement is incredibly remote. Workers from this area used to have to walk miles to catch the single bus into a nearby town to catch a train to the city to work. 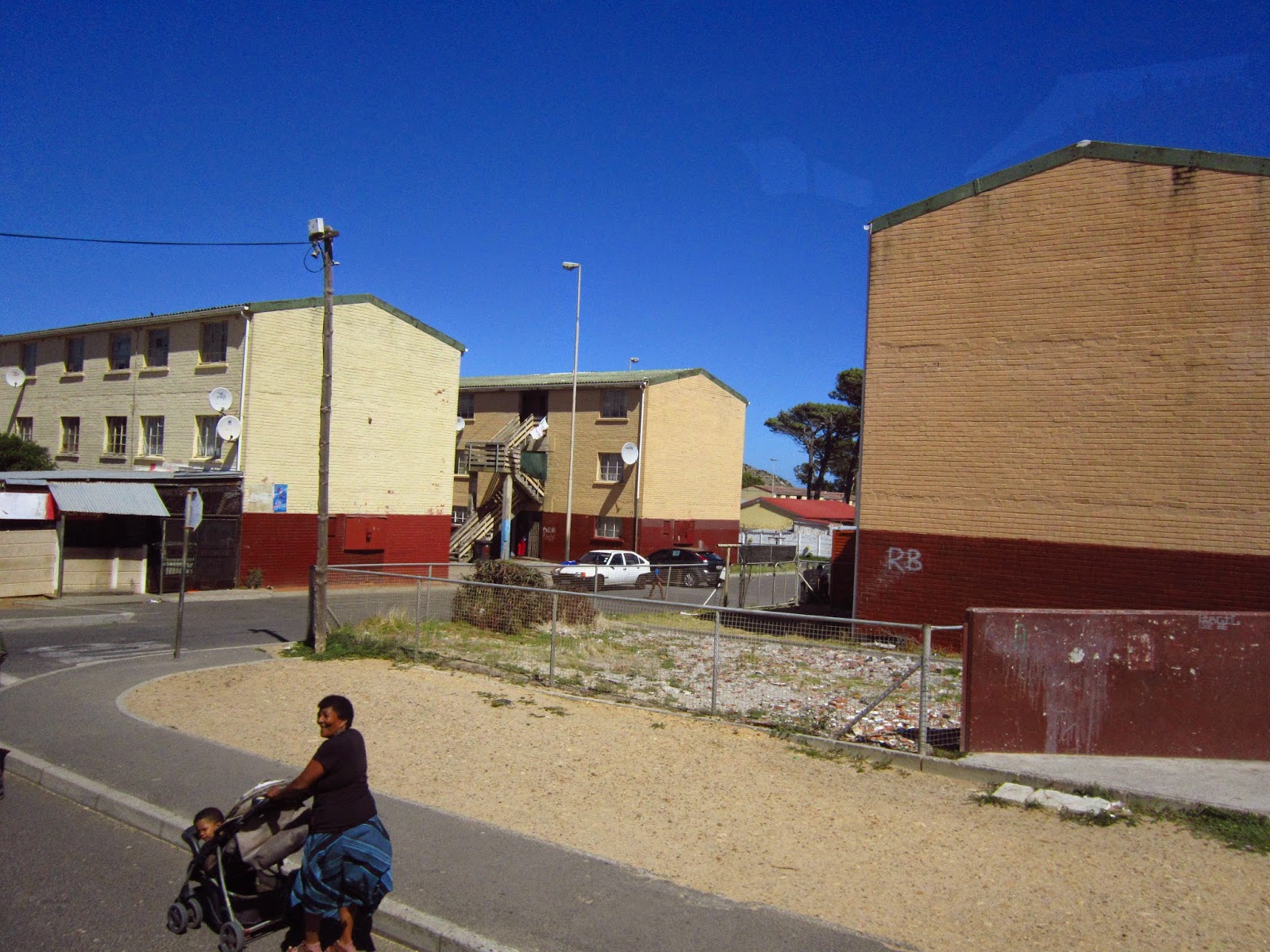 Their local youth organization (run for over 20 years by a local transgender woman) aims to keep kids off the street by encouraging arts and performance. This organization put on a lunch for us in their community centre (delicious Cape Malay cooking), and the kids put on dance and song performances for us, culminating in a wide dance party. 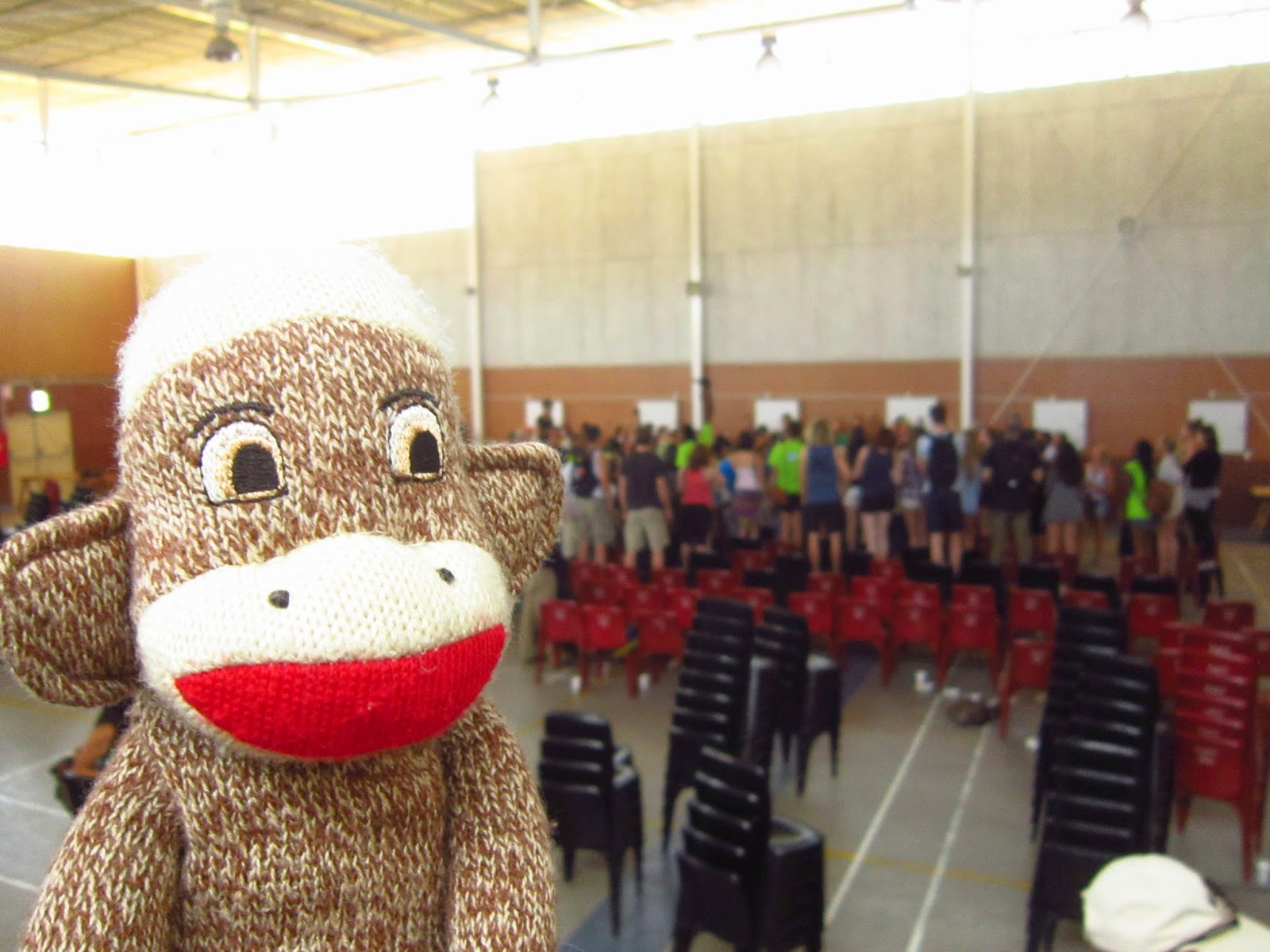 The work done there to keep local youths out of gangs is incredibly inspiring. The generous spirit of these people has continued with us ever since.

Our buses then continued South into the park for the Cape of Good Hope and Cape Point. There, we stood at the Southwestern-most point on the African Continent (there is another point that is slightly southier). The protea and plantlife were mystifying, although I was not able to get out to really enjoy them. We spotted ostrich and antelope from the bus. Despite the cautions, we did not get to see any baboons. 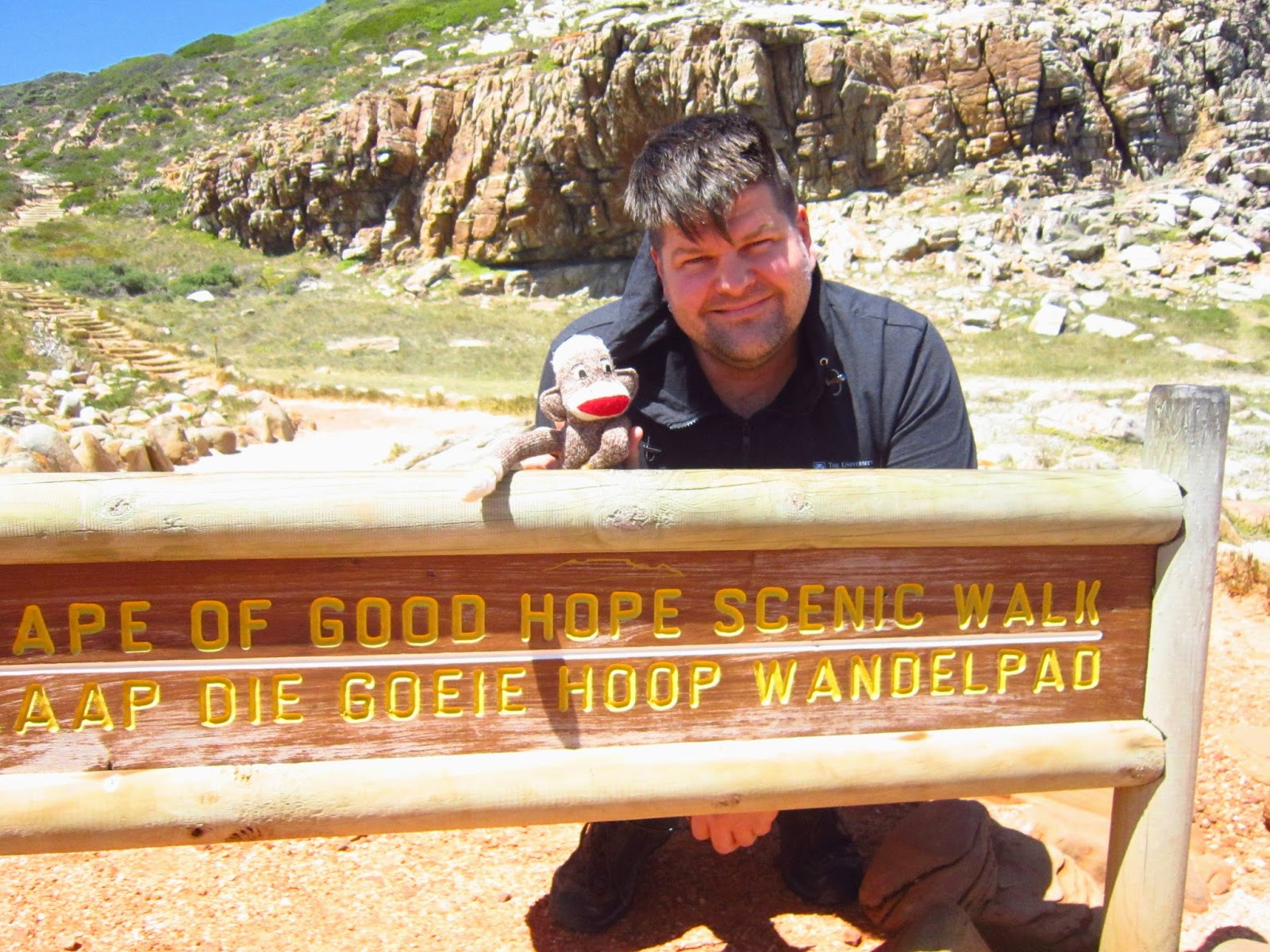 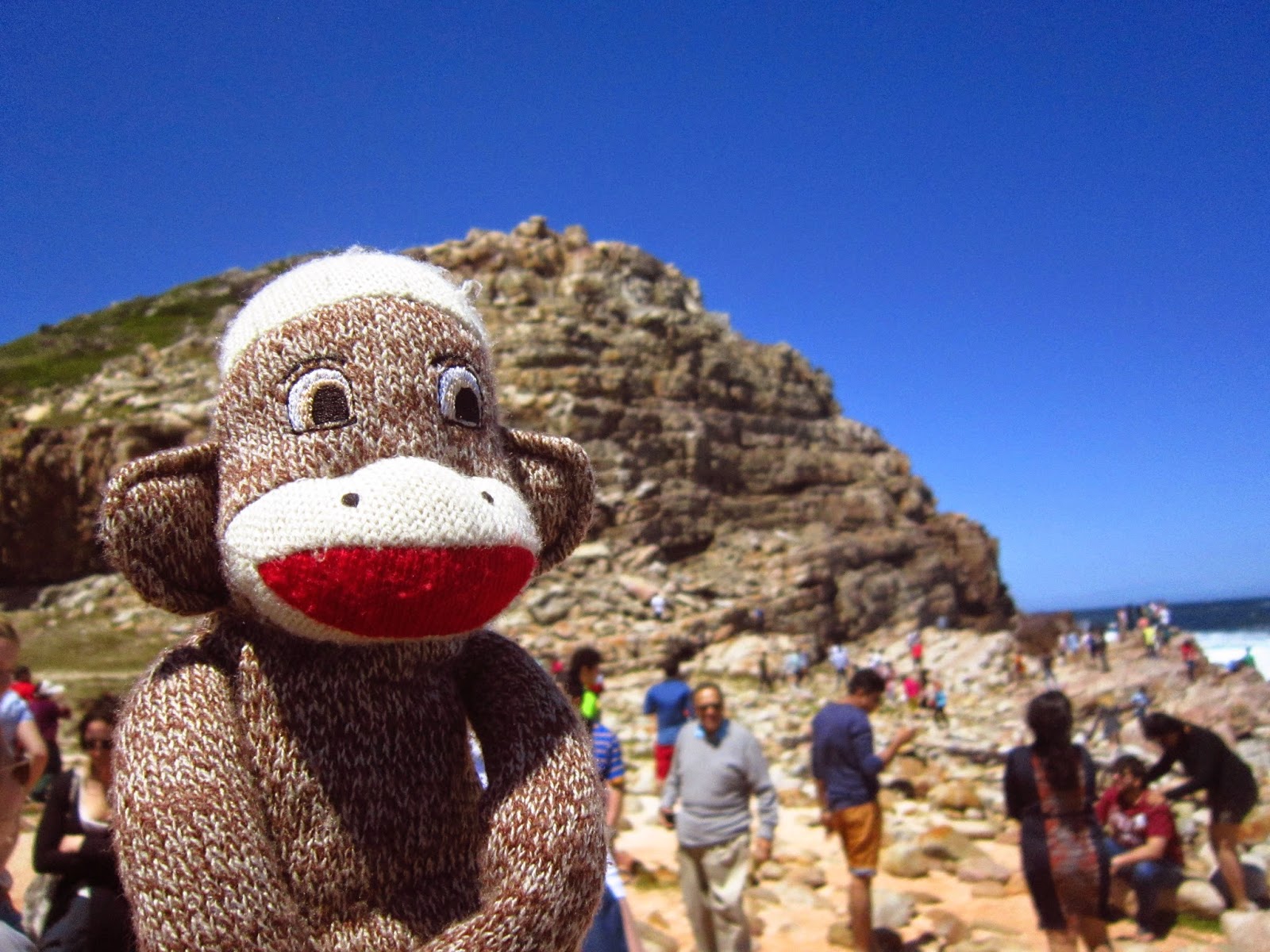 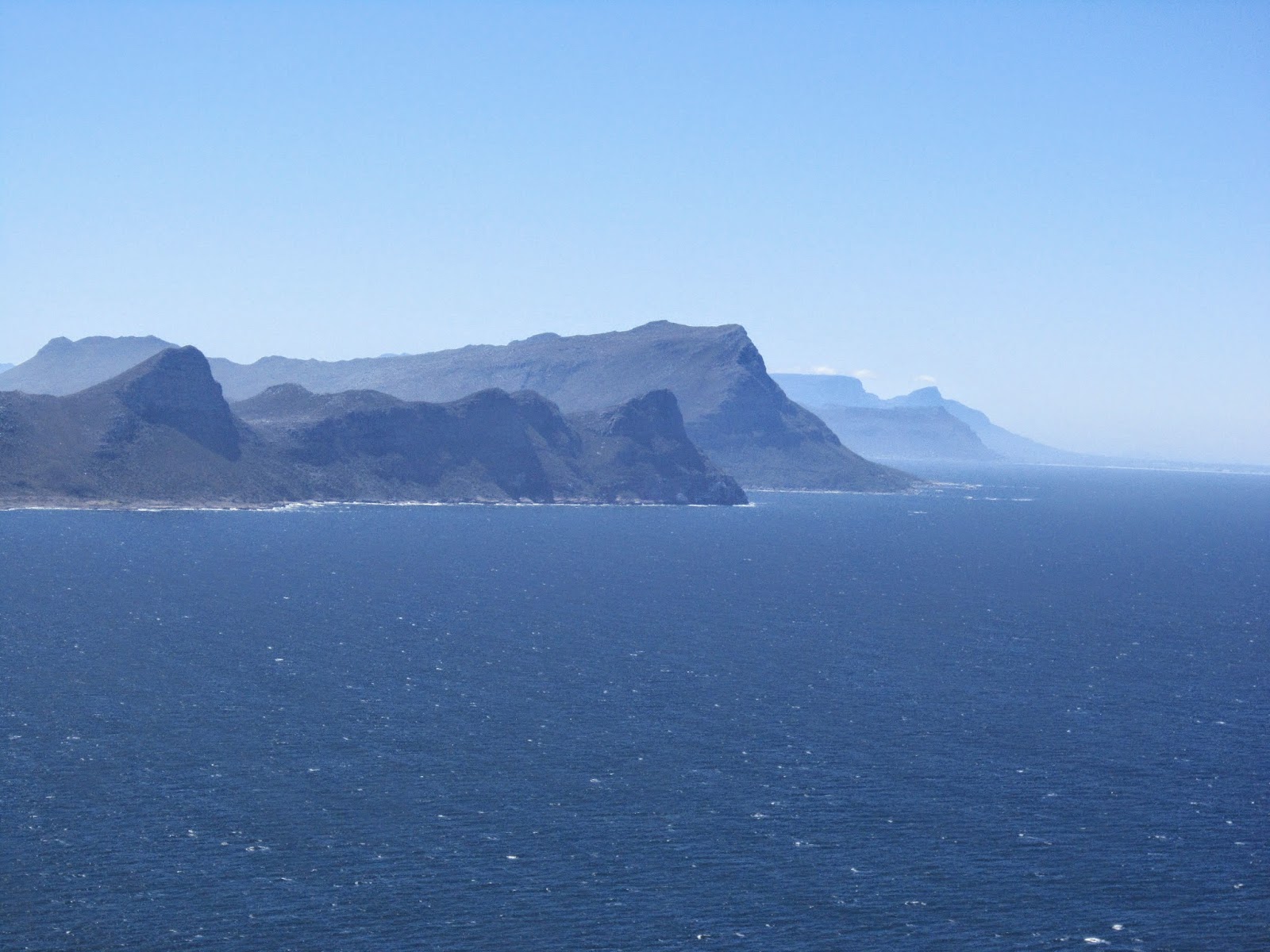 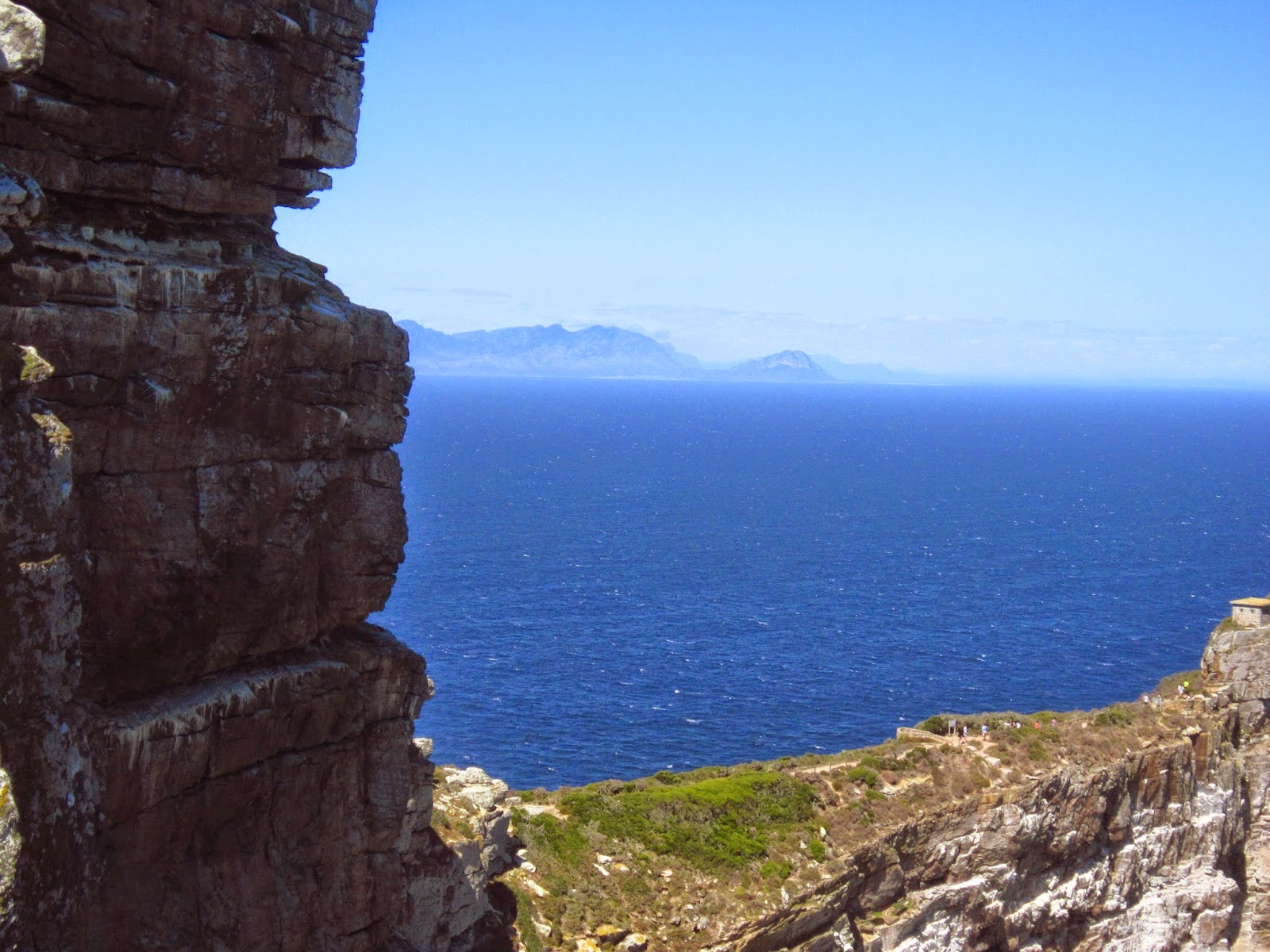 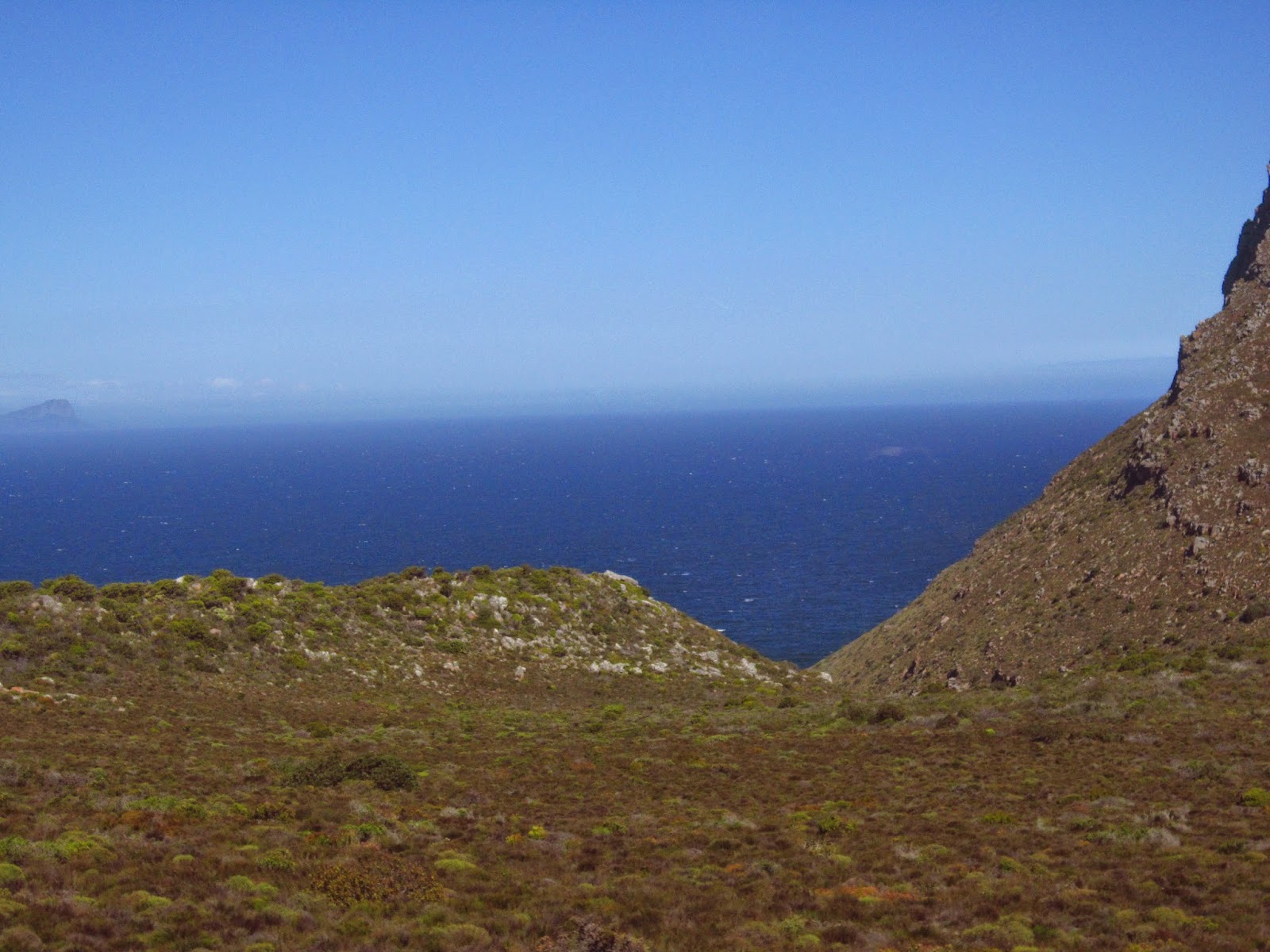 After the day of dramatic views, good fellowship, amazing food, and inspiring works, we loaded on the bus for the ride back to Cape Town. A truly awesome day. The next day orientation begins in earnest.