So, I have not done much blogging this week...my apologies. Our time in Brisbane has been rather busy and hectic, but nothing epically amazing.

Except that tonight I saw my first flying foxes! WOOHOO! I kept hearing that they would be all over, but I had not seen a single one. Fortunately, a combination of peak our commuting and Brisbane's terrible urban planning (at least in the sense of traffic flow) meant that we spent a long time waiting for our bus. Sadly, there are no pictures of this event to share since a) the flying fox was in motion and b) it was dark (nocturnal animals...gah!). Still, imagine a bat, but with a three foot wing span (they call them megabats!). Not an excitement many of you will be sharing with me, granted, but it has been something important for me. The one tourist thing I have done in Austin, TX was see the bats launch at dusk from the Congress Street Bridge.

Otherwise, today we had our first quiz, which we were constantly reminded throughout is more "fun" than an exam. It was rather nice of them to give us a taste for Australian test taking and what to be prepared for in two weeks when we have our larger examinations for Terrestrial Ecology and Australian Studies.

I guess a little recap of the week thus far is in order.

We had "free days" on Sunday and Monday. Sunday I found a meeting and explored the surrounding areas while the rest of the crew attended an Australian rules football match (apparently, Brisbane's team had its ass handed to it by a team from some other place...).

As I discovered that I was lost, I received a text from some friends demanding that I come meet them after the game. Of course, everyone loves to be an expert, so their texts consisted of things like "We're crossing the Story Bridge" "Meet us at the festival" "Going to the Valley" and "Brunswick" may have sounded informative to them. However, as you are probably experiencing, these words to an outside are completely meaningless!

Fortunately, everyone in Brisbane I have encountered, and Australians in general I would venture to guess, are friendly and helpful folks. An older gentleman I came upon walking his dog strolled with me for a while and helped me find my way. When I was 3/4 of the way across the bridge a jogger helped me discover I was heading in the wrong direction, and even hung back on his jog to make sure that I found the correct pedestrian underpass to get where I needed to. Kudos, Brisbane! 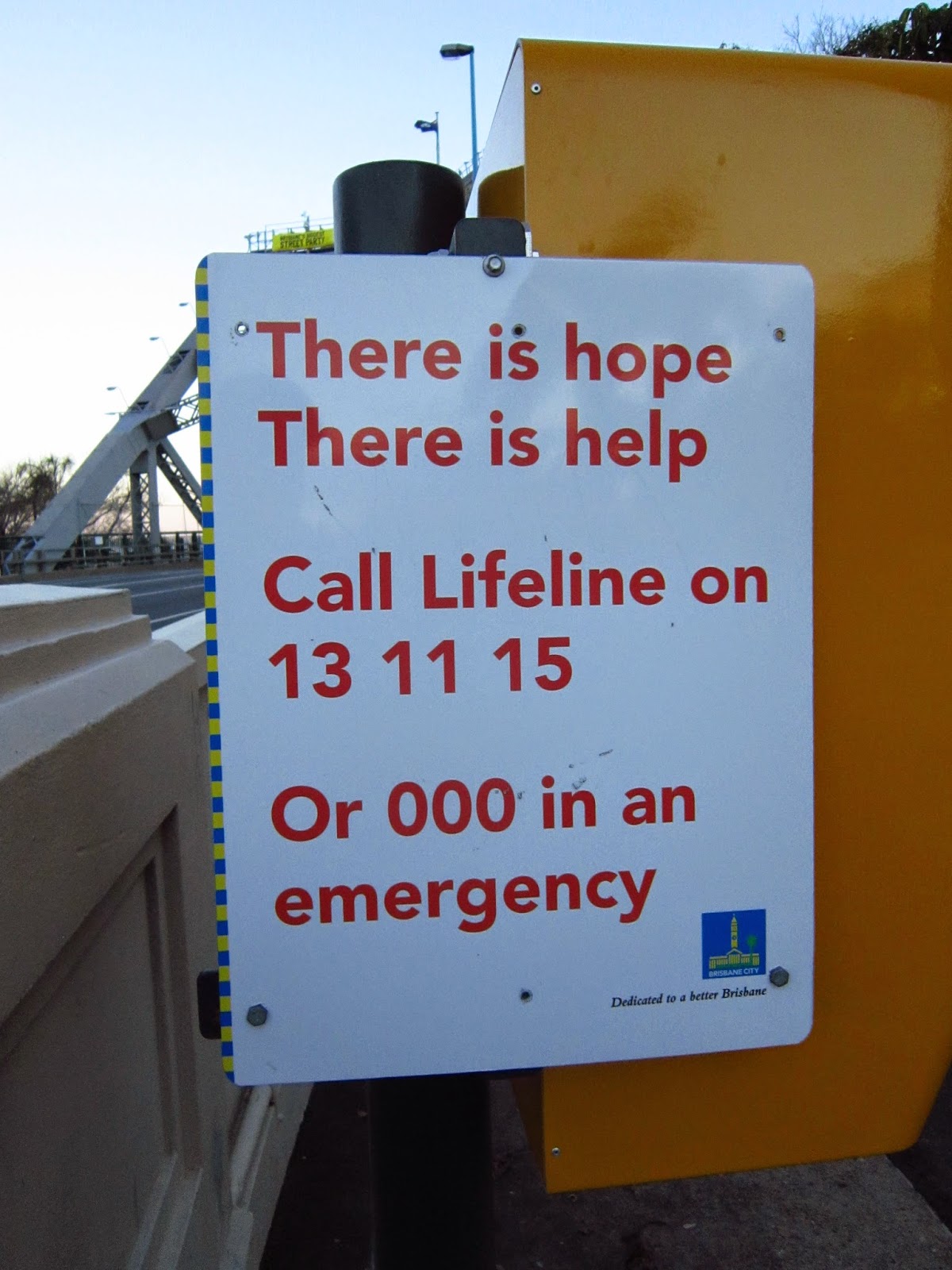 Met with the gang at this little street music festival that I was not present for long enough to really take in. It is situated in a neighborhood that people are warned off of going to. I suppose that makes it that much more enticing to adventure-seeking youths. Still, it was nice to see everyone. Despite having just spent a week in camp and close association with these 29 other UC students, I have to admit that I missed them. Even stranger still, they had all wondered where I was at the game and missed me. Awww.

Our homestay is lovely. Heather, our hostess, is a retired violinist and music instructor and seems to be somewhat of a regular homestay hostess. Andrew and I are situated in a lovely house in Bardon. 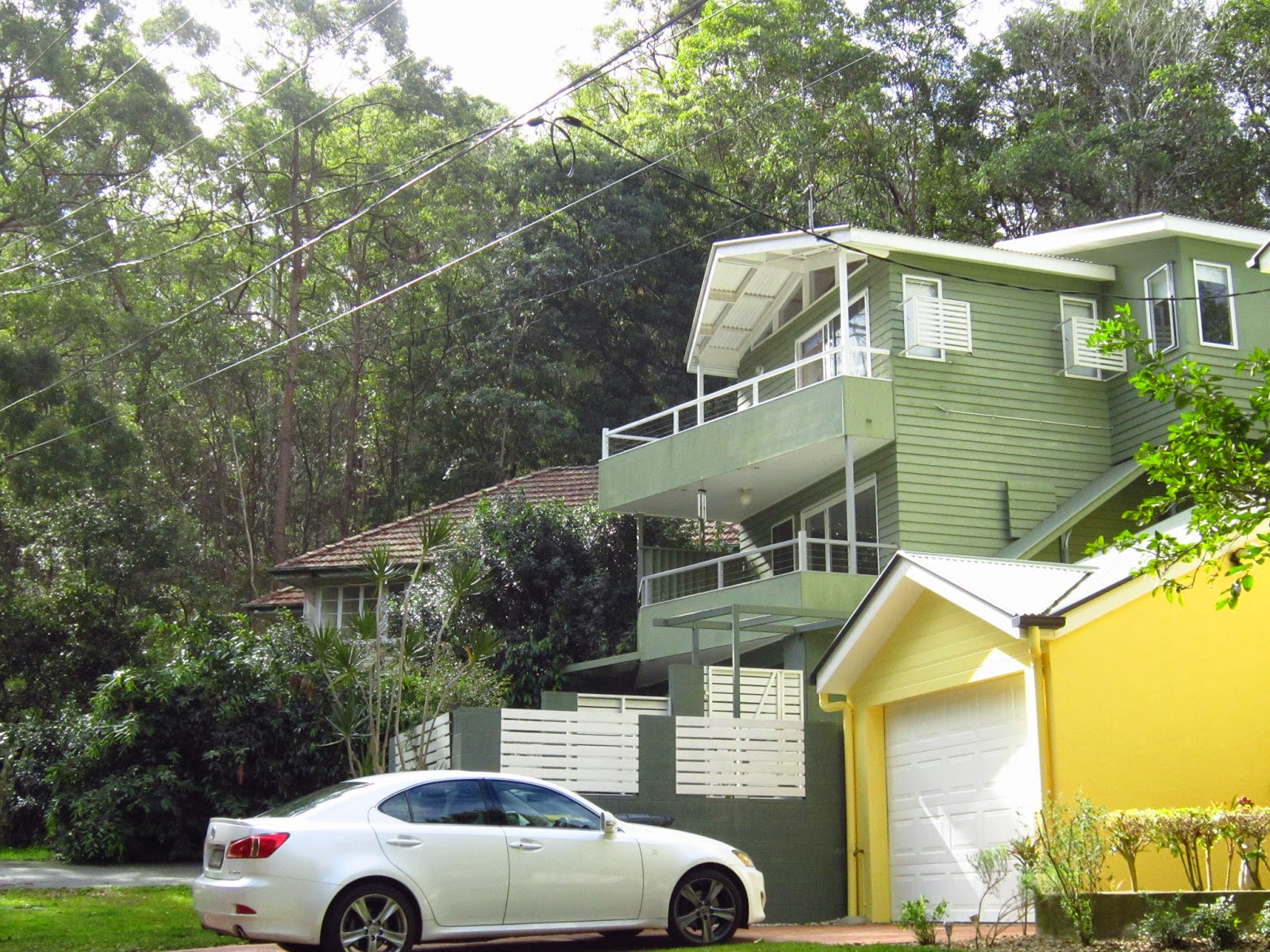 Across the street is forest. Our first morning found us awakened by the now familiar and amusing cacophony of Kookaburras. We are the second to last house on a road that ends in hiking trails up Mt Coot-tha (the highest mountain in the Brisbane area).

Heather even took me up to the look-out to have a good late afternoon look at the city over a cup of coffee. 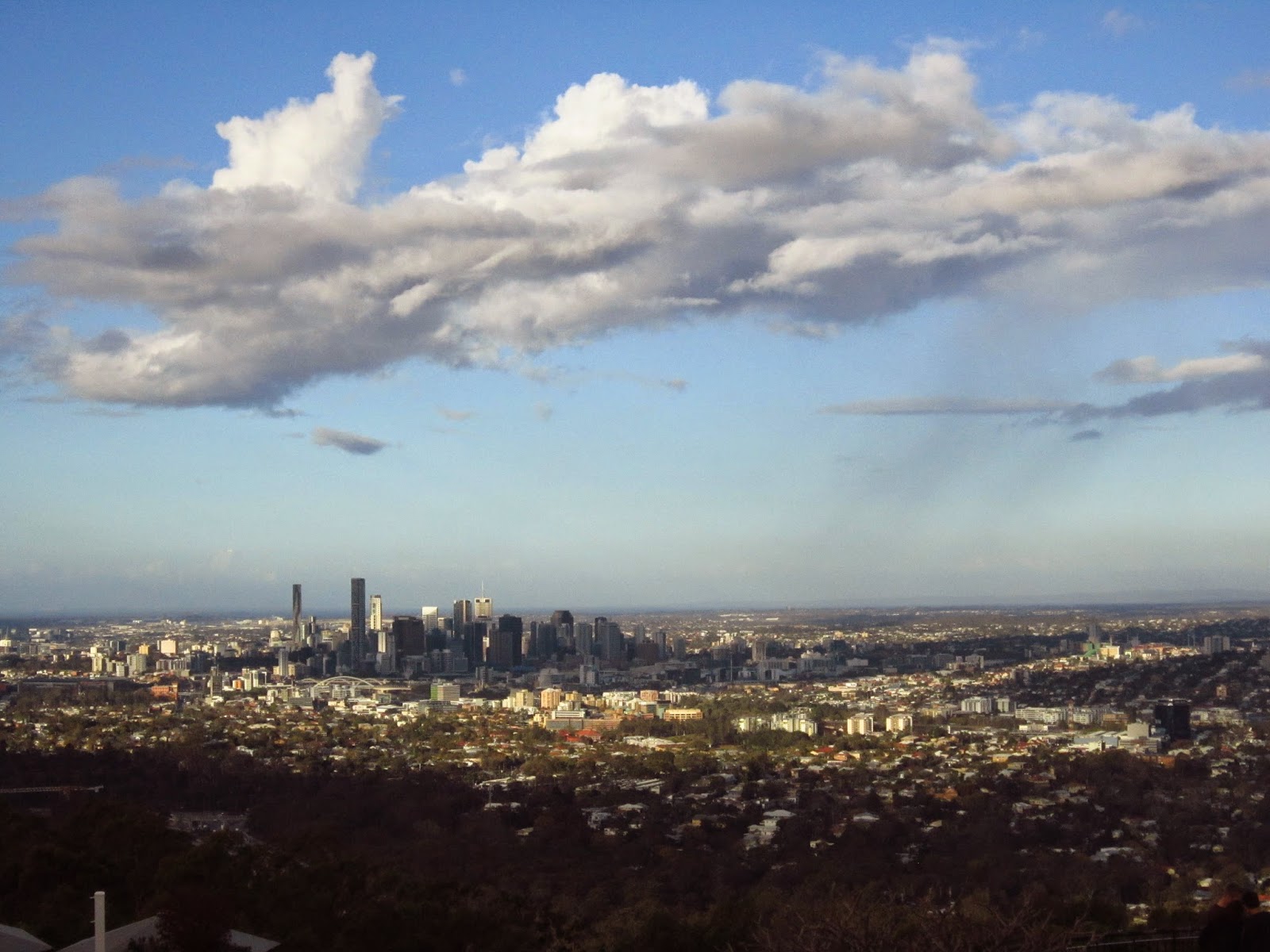 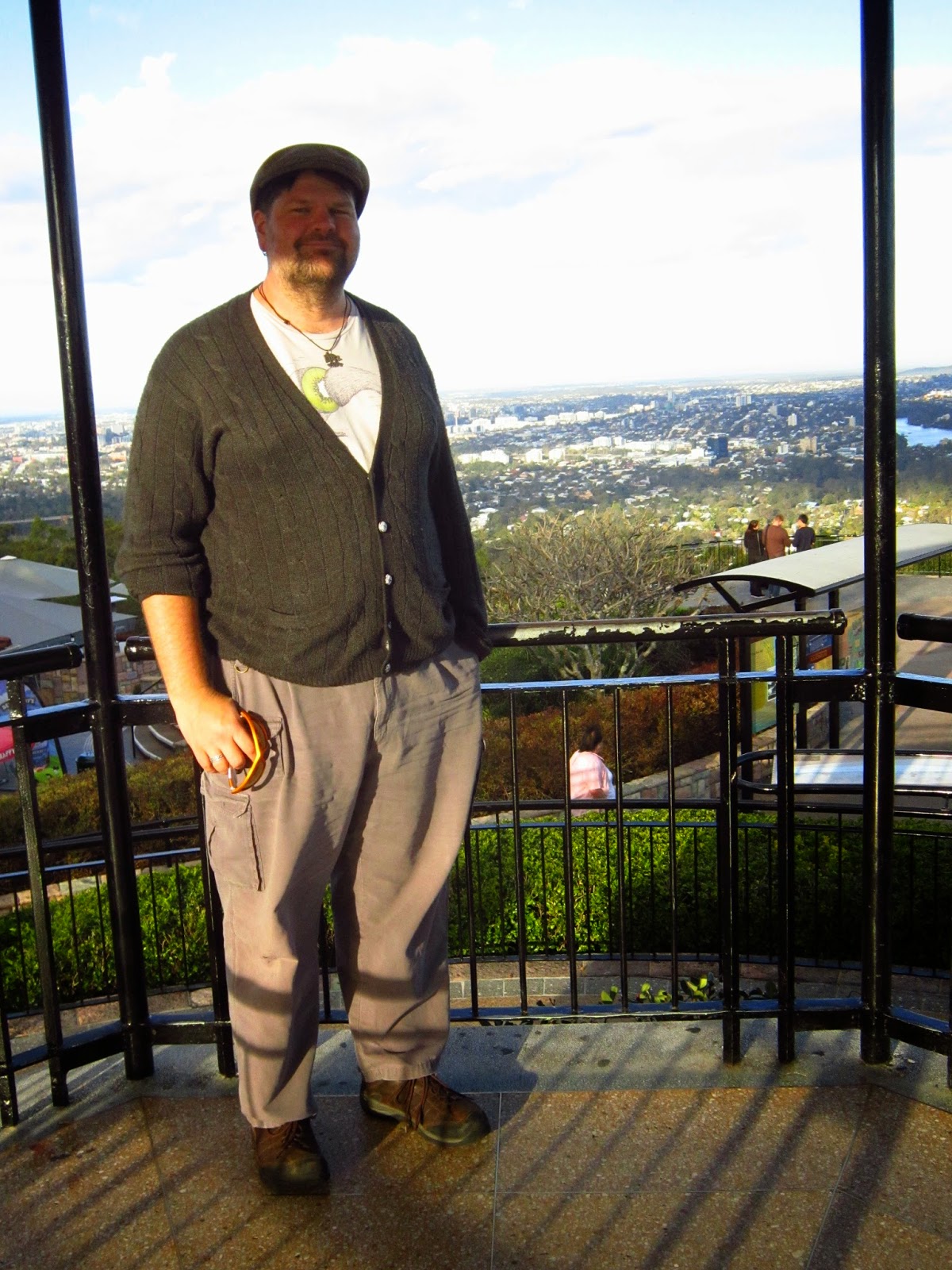 Monday found Andrew and me heading to campus to get a sense of what our commute would be like, even though we did not have class. I also needed to check in with the program office (staffed by the lovely Jemma, Justine, and Ross). Realizing that we left Girraween under a blanket of rain, I went to unpack my sleepting bag to give it some air, only to discover it was not in my possession. Fortunately, I did leave it at the Biology school at UQ, and Jemma and Justine had stowed it in their office for me.

We have since begun our Australian studies lectures, covering some history and social conditions that have gone into shaping Australian culture and national identity. I look forward to seeing where this course (taught by Chris Salisbury) goes.
abroad