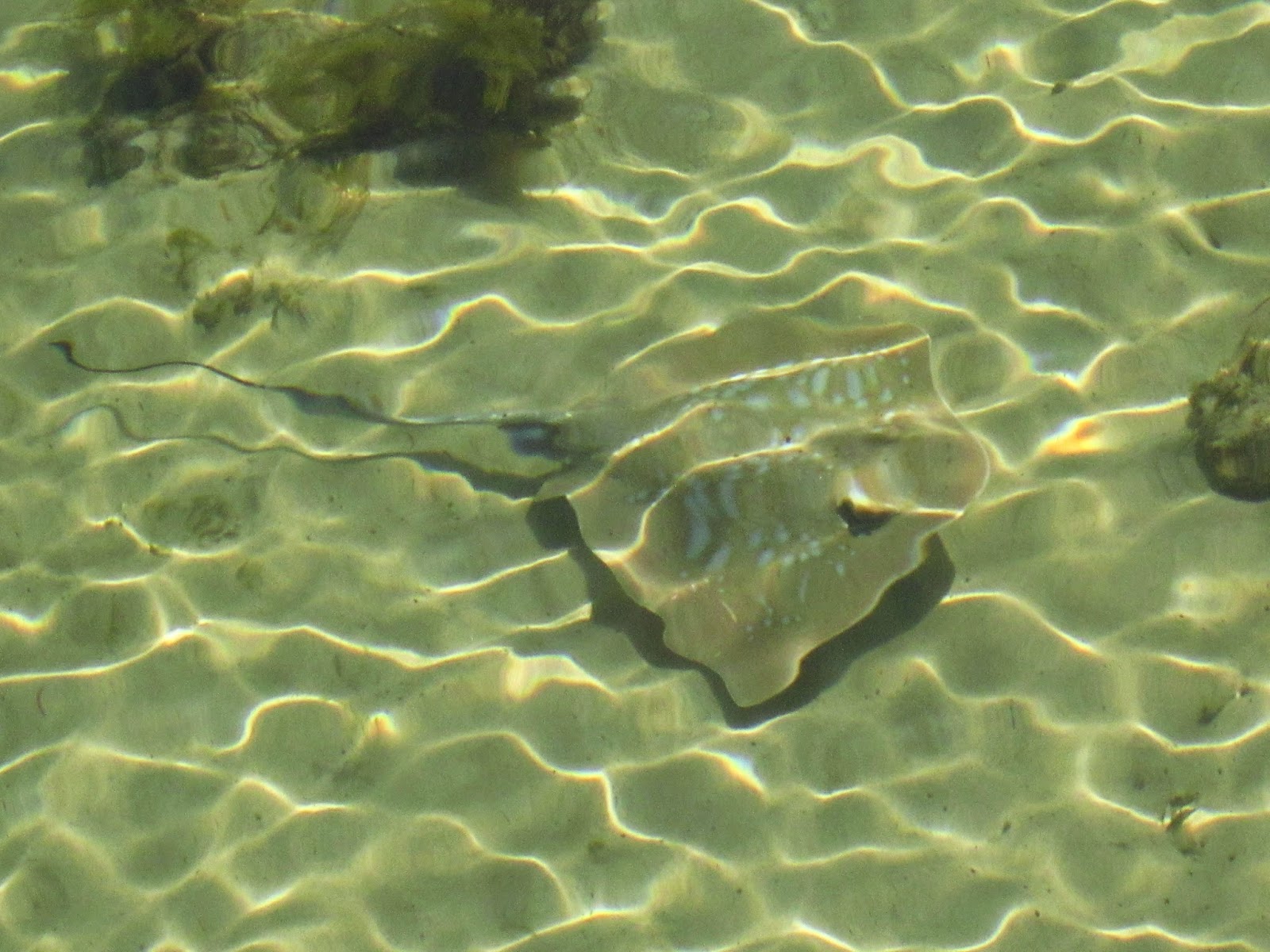 The last night at the Moreton Bay Research Station was a good one. Our different research teams presented our findings (or lack thereof), and the winning group was awarded a package of differently flavored TimTams. I do not know what the flavour was, as my group did not win. Sigh.

After that, the gaggle (complete with tutors and Tibbetts) moseyed off to the pub. I thought about going along to be social. However, there was the possibility that close-toed shoes would be required. Jon did not have such things with him, and so I lent him my boots. My decision not to go was further reinforced by the fact that it was karaoke night. Happy to remain at home!

I stayed in and passed a lovely evening chatting with one of the lab managers, Martin. It turns out Martin has terrific taste in music and was exposing me to all sorts of seminal punk bands from Brisbane and Australia from the 70s, as well as other bizarre and entertaining tunes from later decades (by bands such as TISM, Radiobirdman, Regurgitator, John Kennedy and the Cuban Crisis...). We swapped a lot of tunes, and then realized it was late.

When we emerged, everyone had returned from the pub quite toasted. The pub had remained open well past its usual hours to accommodate the Americans, who responded by pumping well over a week's worth of usual dollars into the local pub economy. It was remembered that there were jars of nutella, and lacking knives, people were dipping cookies directly into the jar, emerging with large amounts of nutella on their hands and faces. It was entertaining for a little while, but I wanted to sleep.

The next morning, many heads were feeling rough (somewhat evident in the above photos). I had to suppress the urge to start fucking with people. Part of me wished I had cymbals to clang periodically, just to watch folks cringe and complain about feeling it inside their eyeballs. We packed out of the station (few, it turns out, felt up to consuming breakfast...such light-weights) and headed for the Pacific side of the island. We walked out on a jetty at Amity Point, and then went for a walk along the coast near Point Look-out. We stopped for lunch and gelato. Then, we tried fishing for worms (worming for fish?) by dragging chopped sardines along the sand to see if we could lure certain scavenging and predatory worms (renowned as bait) to come out of the sand. We had no luck. After that, we hit the beach. I enjoyed playing in the waves, body surfing, finding non-stinging jellyfish tumbled up inside my t-shirt, and being out in the water. All too soon, we had to get changed and re-loaded onto the bus to catch the ferry back to the mainland.

More than half were antsy to catch their flights for the weekend up to either Darwin or Cairns. The rest of us, myself included, were looking forward to the long three-day weekend ahead.