Update of a mundane week. Plus the Brisbane Ferris Wheel

October 12, 2014
I meant to write this over the weekend but got distracted by the weekend.

Friday afternoon was spent in a writing workshop peer reviewing eachothers write-ups of our research reports. Being the end of a pretty meh week, most people were less interested in working and more in just goofing off. A fair number of our crowd was also antsy to catch their cabs for the airport, as they were spending the weekend in Sydney. More on the weekend soon.

I have also been rather busy with some further preparations for next semester at the University of Cape Town. I had some requirements through EAP which had to be attended to. Additionally, UCI is requiring me, in lieu of an actual country orientation that I would not be in the States to attend anyways, to interview someone from South Africa. I am in a rather insular program here. We have minimal contact with Australians (and I am one of the lucky ones with far more contact with the locals than my friends), much less nationals from a distant continent. Fortunately, however, I have been able to track down a few. Shira's homestay parents are from South Africa, if I can only get the time to meet with them in their rather remote suburb. Additionally, one of the researchers/lecturers/professors in the Biology Department here is from there as well. He and I are trying to meet up on campus later this week.

I have been trying to catch up on the less-program-oriented things from throughout this trip. On our second or third night in Brisbane, a small band of us went to the Brisbane Ferris Wheel in Southbank. At this point, none of us really knew each other and were still essentially sniffing each other out. We ended up having a blast, and I wanted to share some of the photos from it. We did it at night, despite the clever CG of the first couple of tourist photos we posed and paid for. They took our group picture right before we got on, and then processed in a couple backgrounds for us to purchase upon exiting.

We looked so young back then. Rodney and I now are sporting full beards. We have also arguably matured (hold down the snickering). 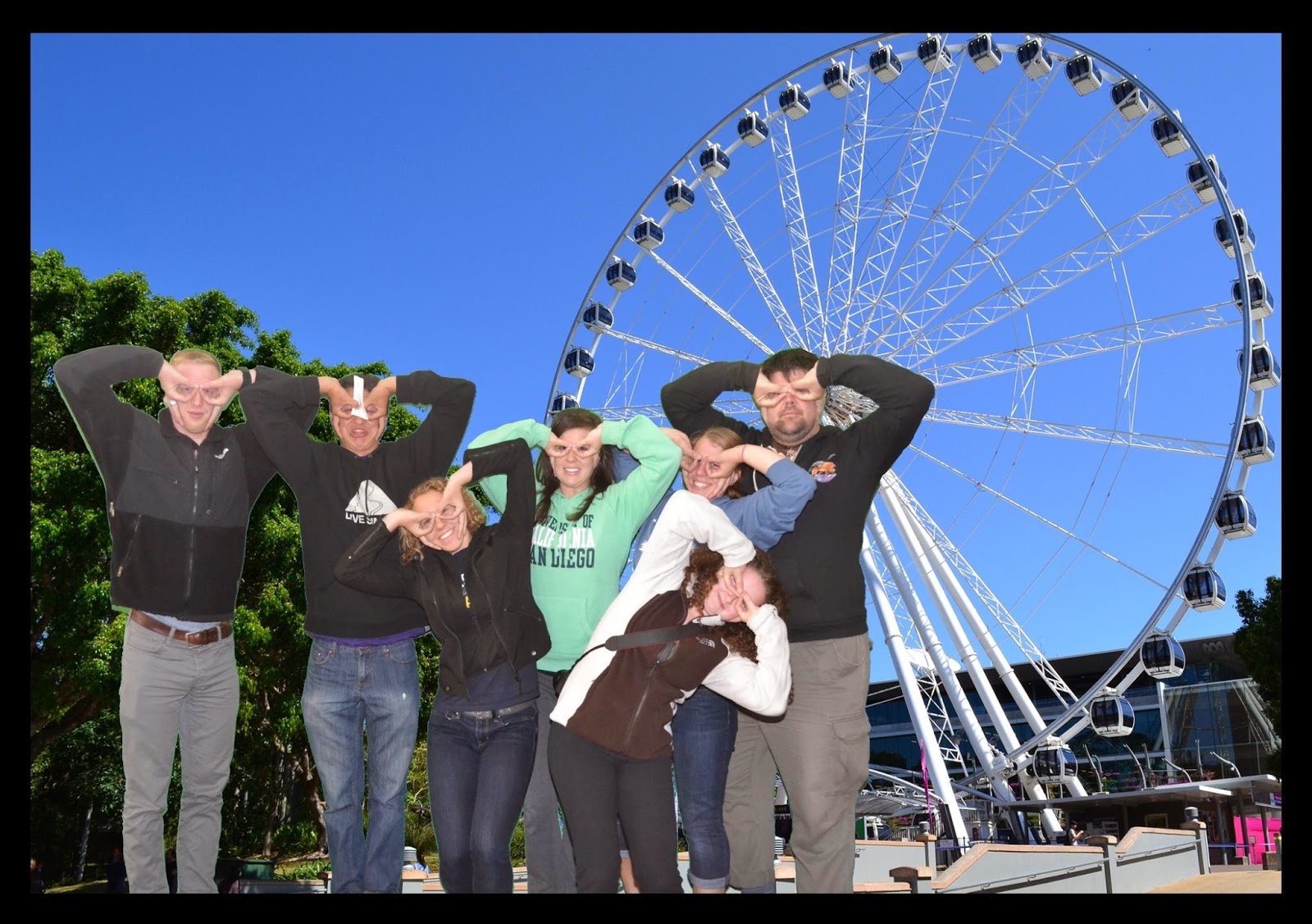 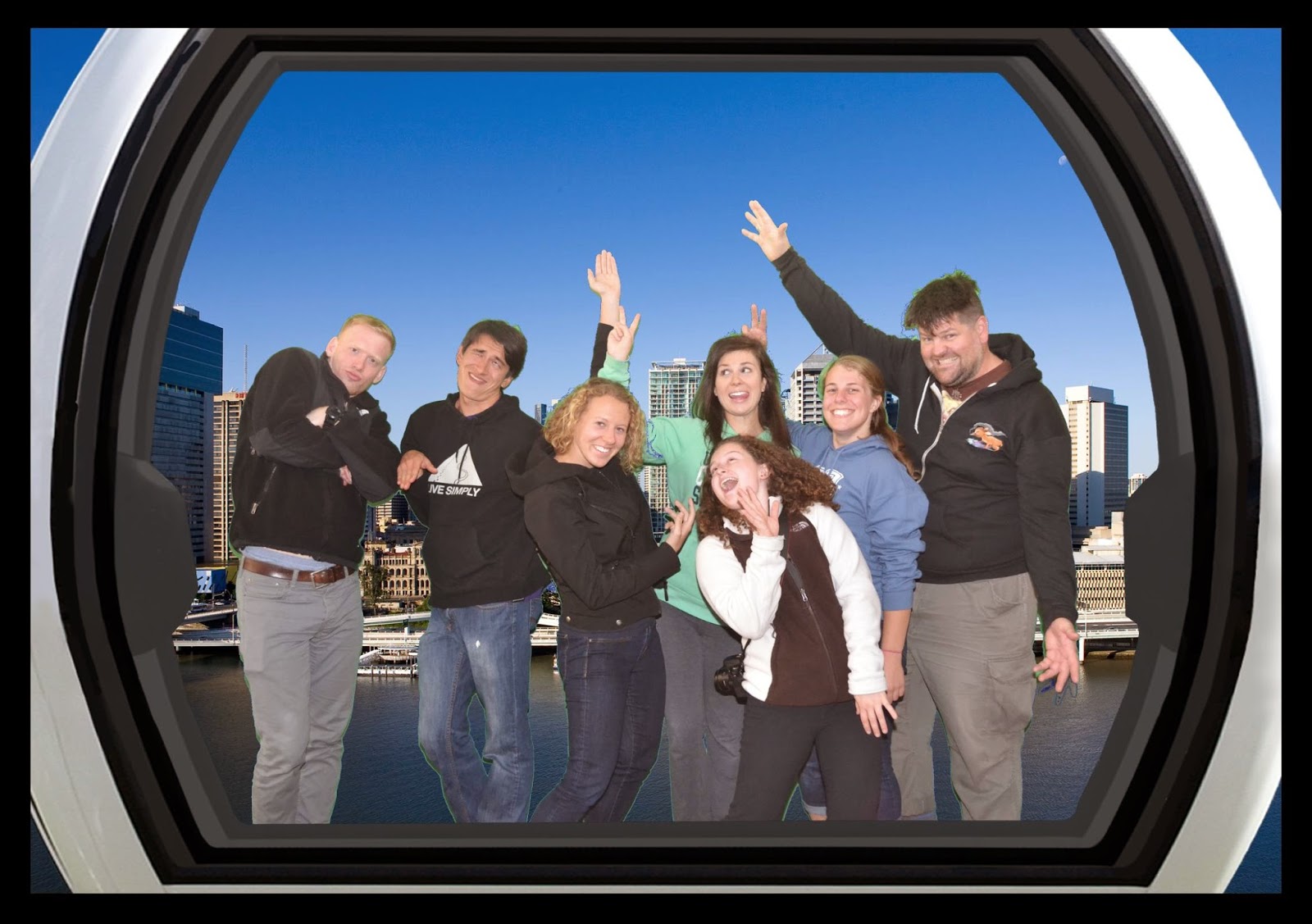 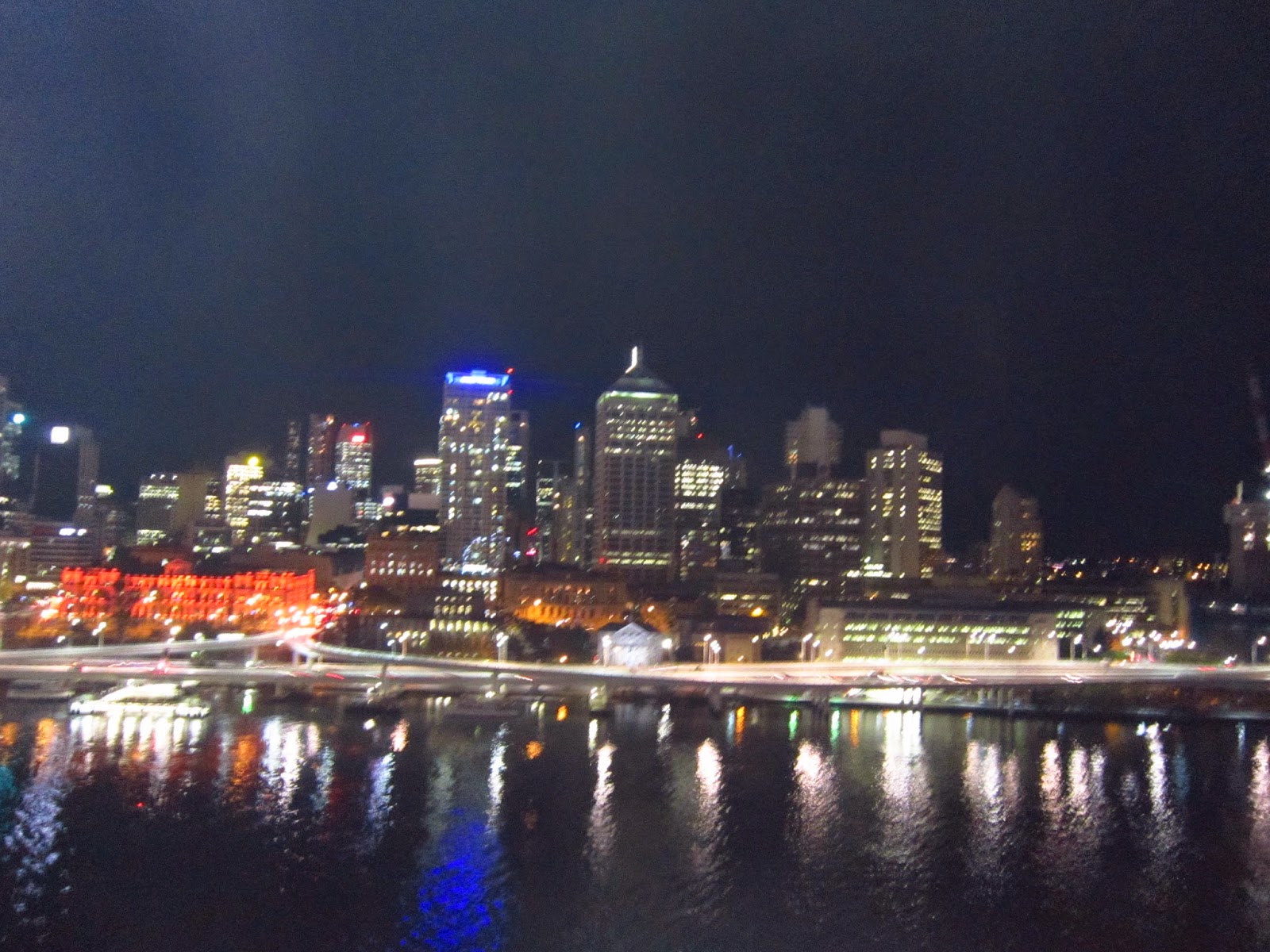 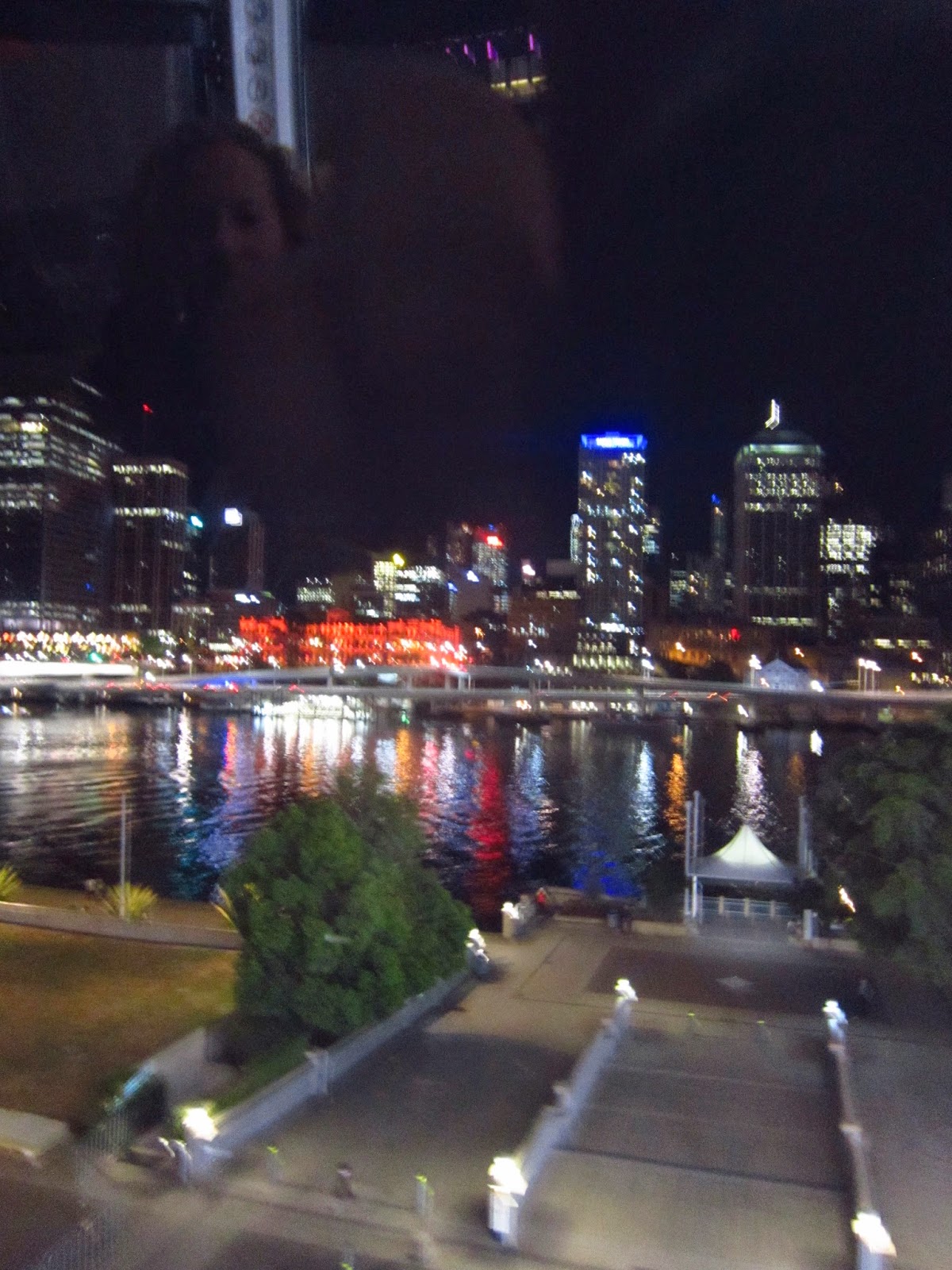 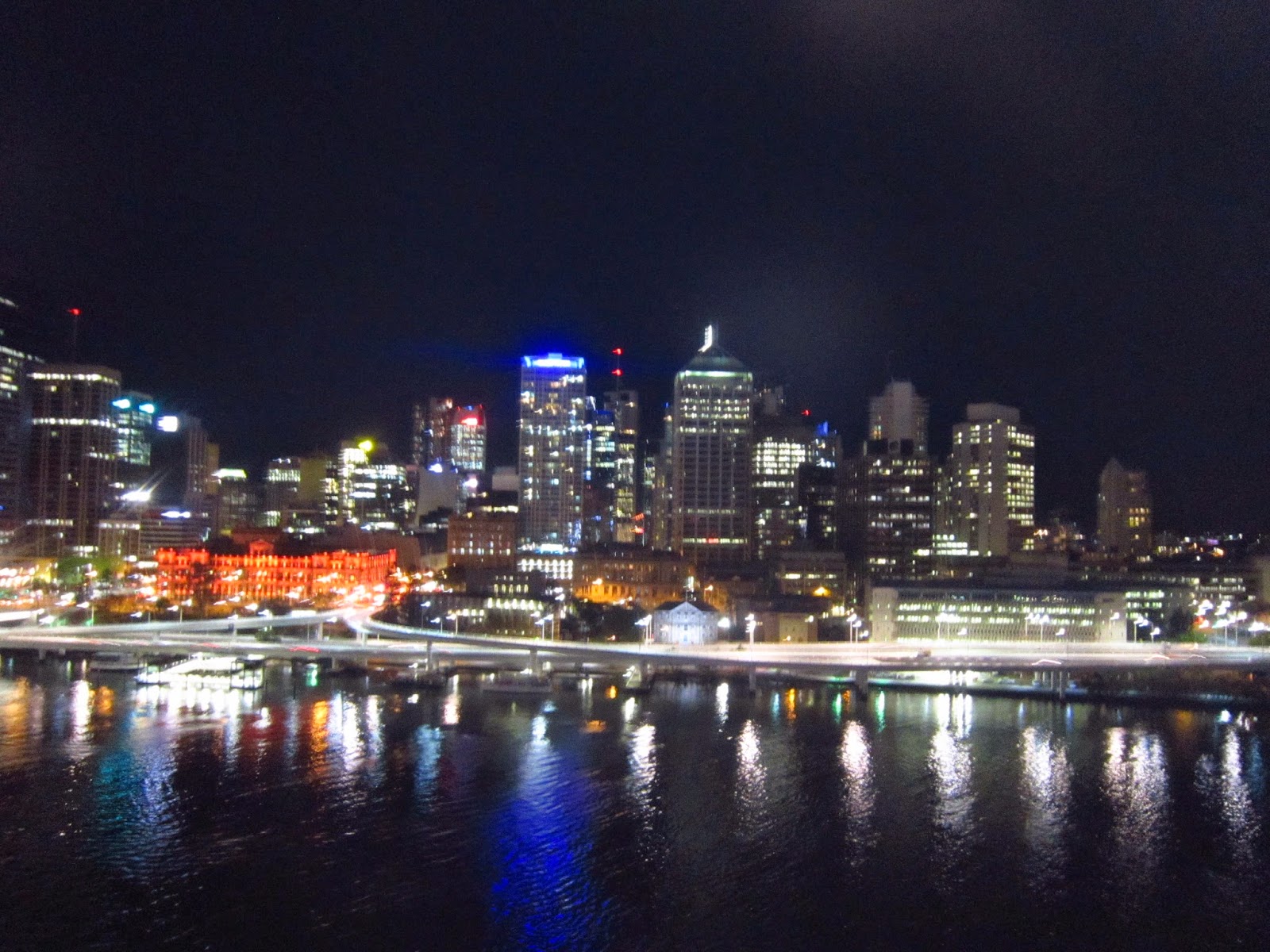 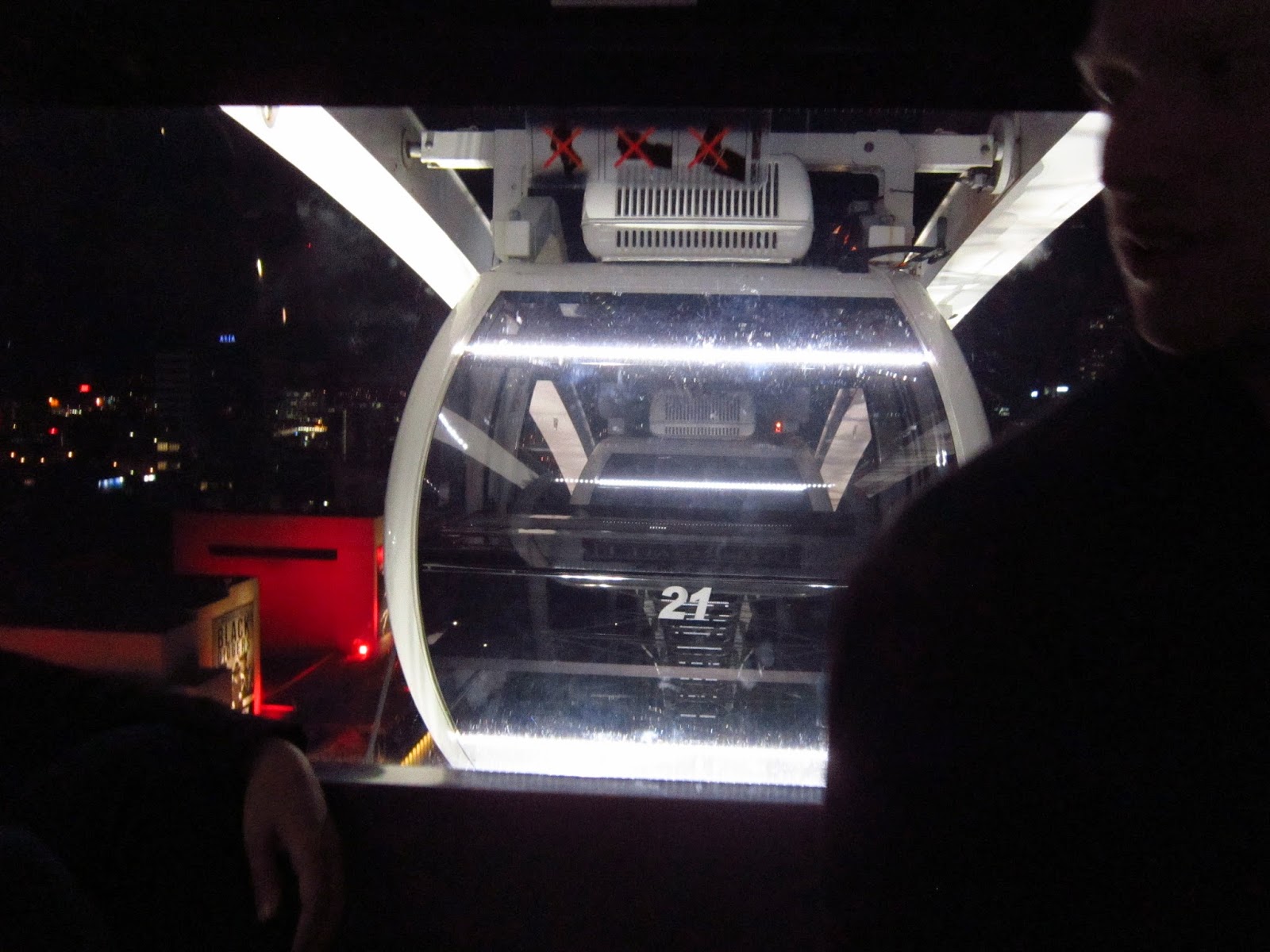 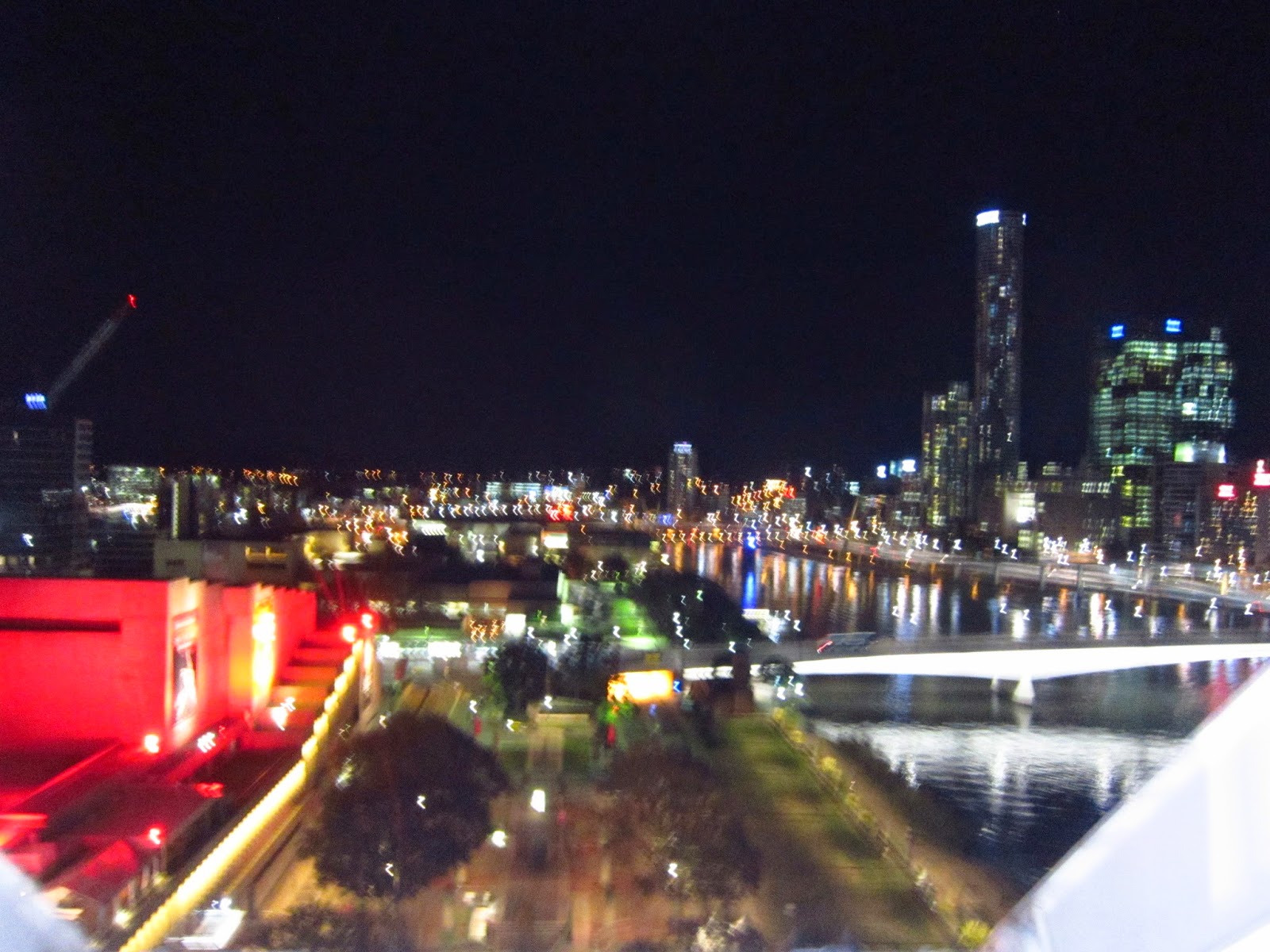 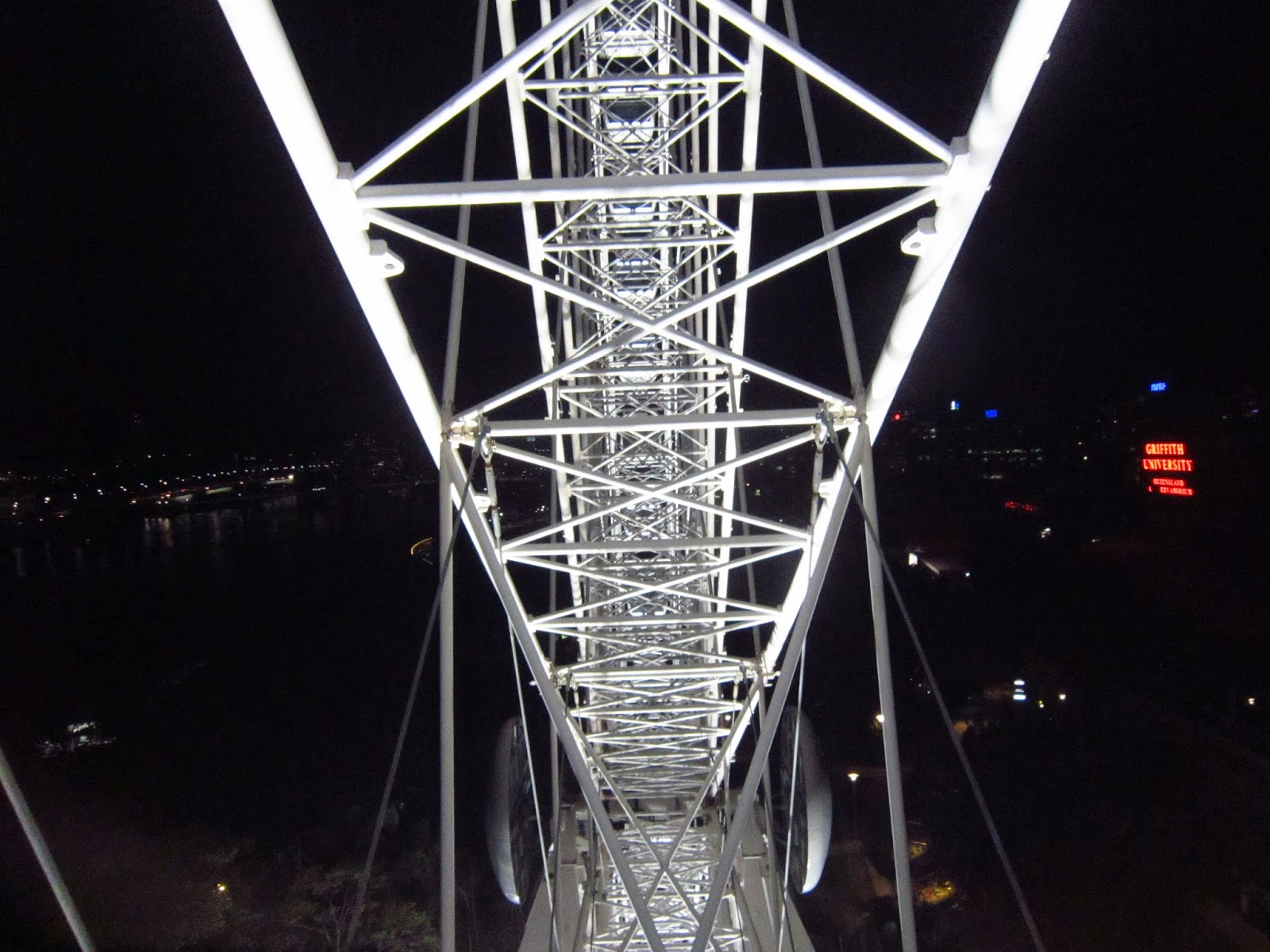 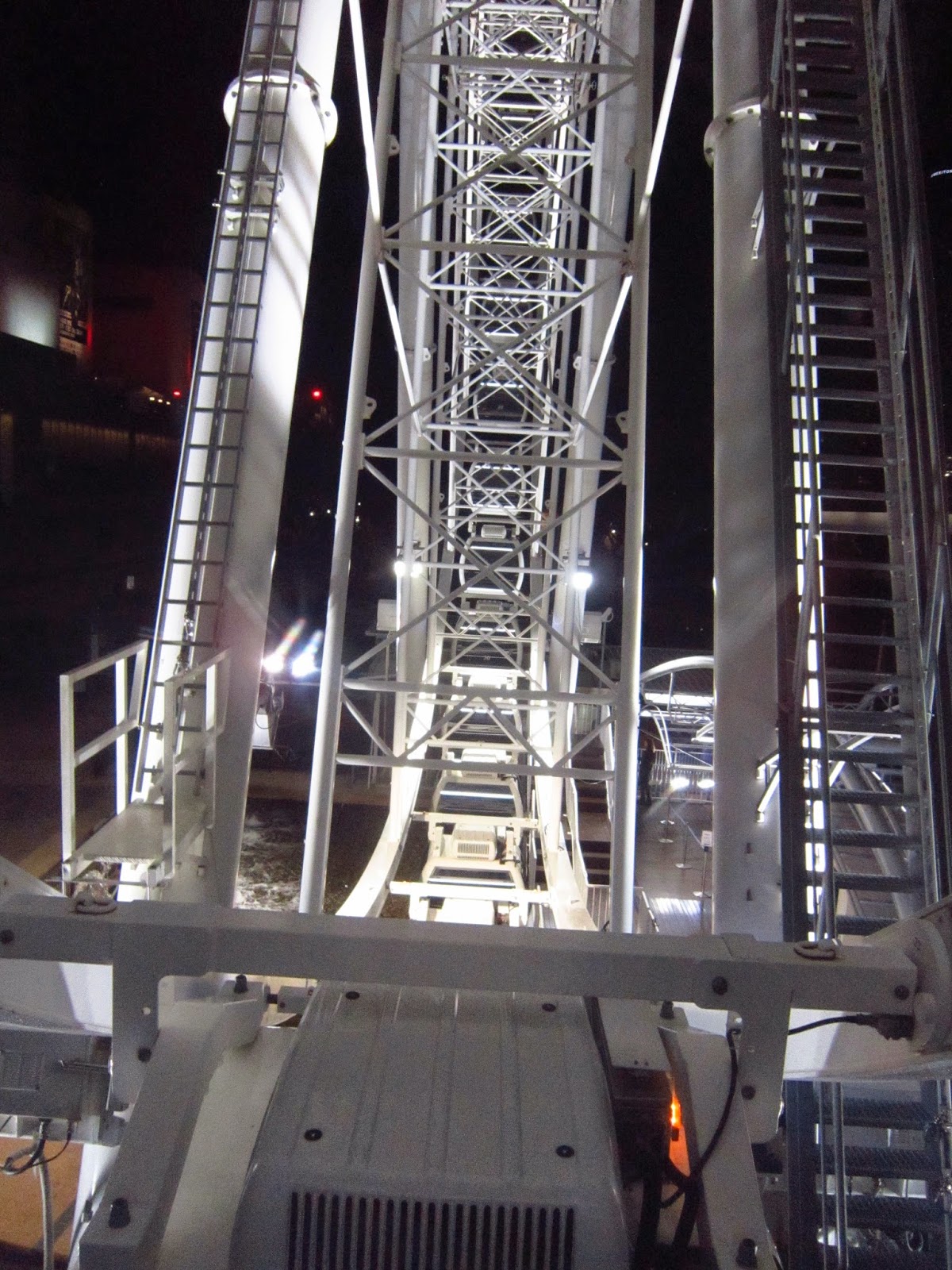 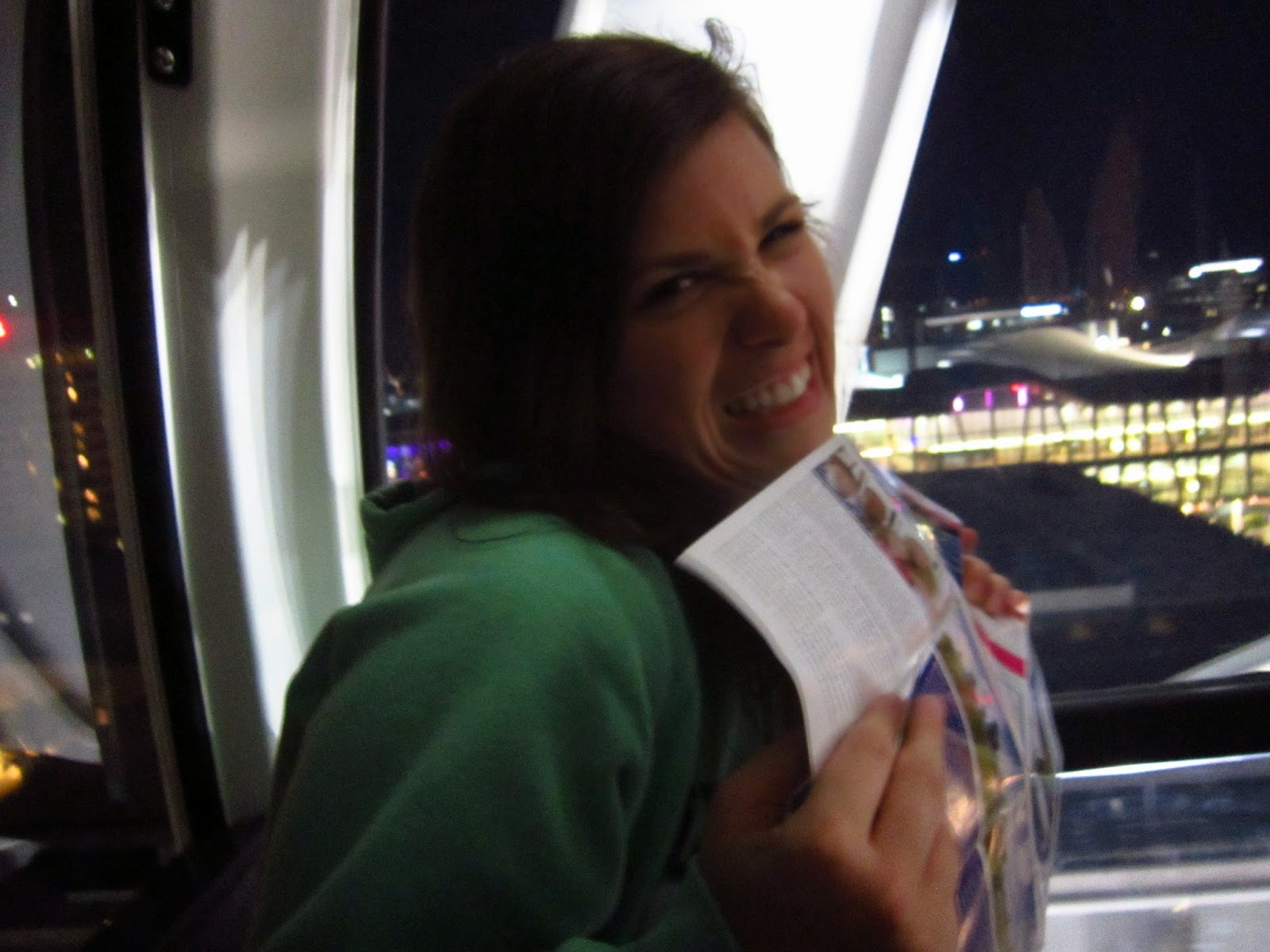 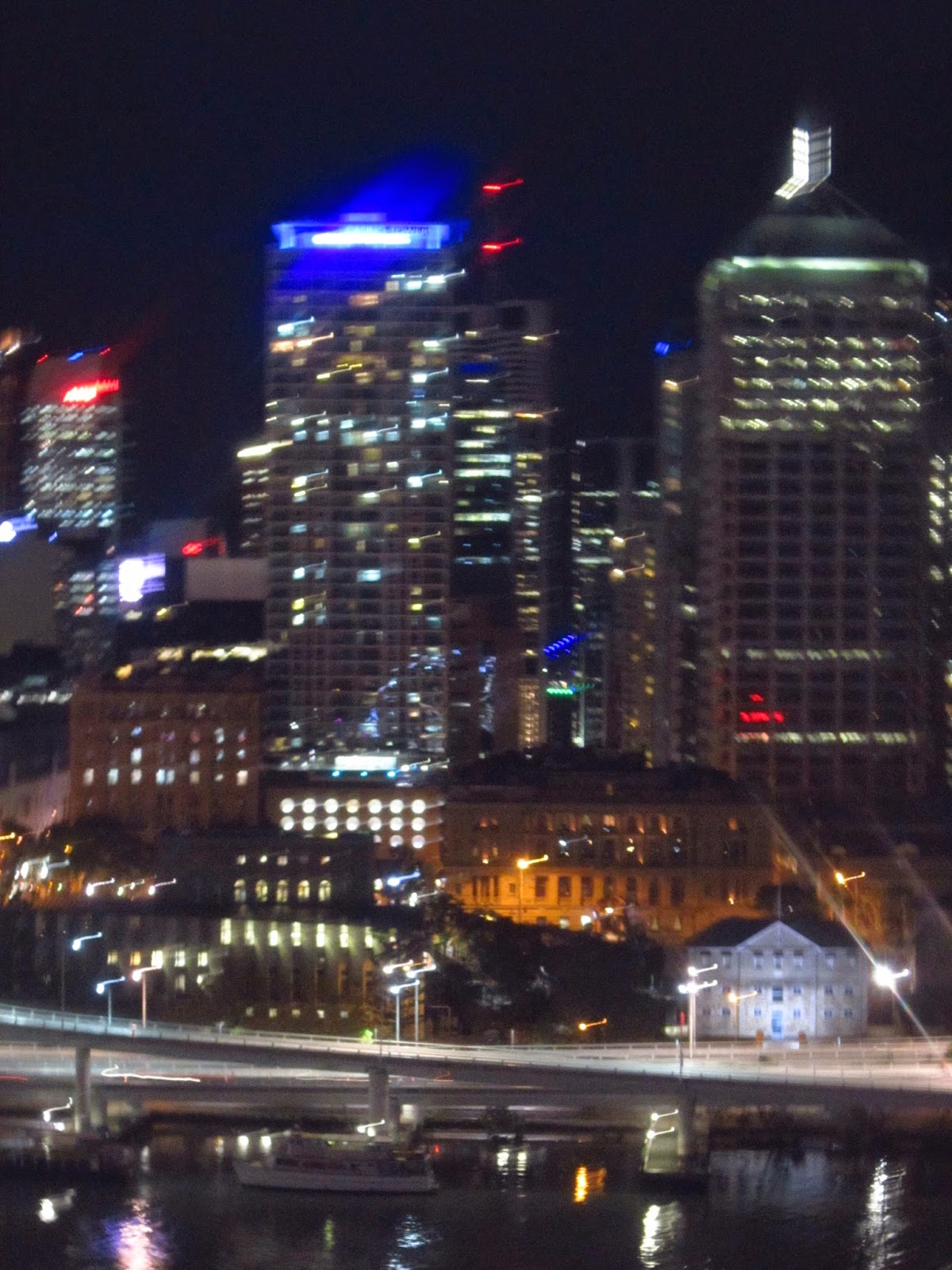 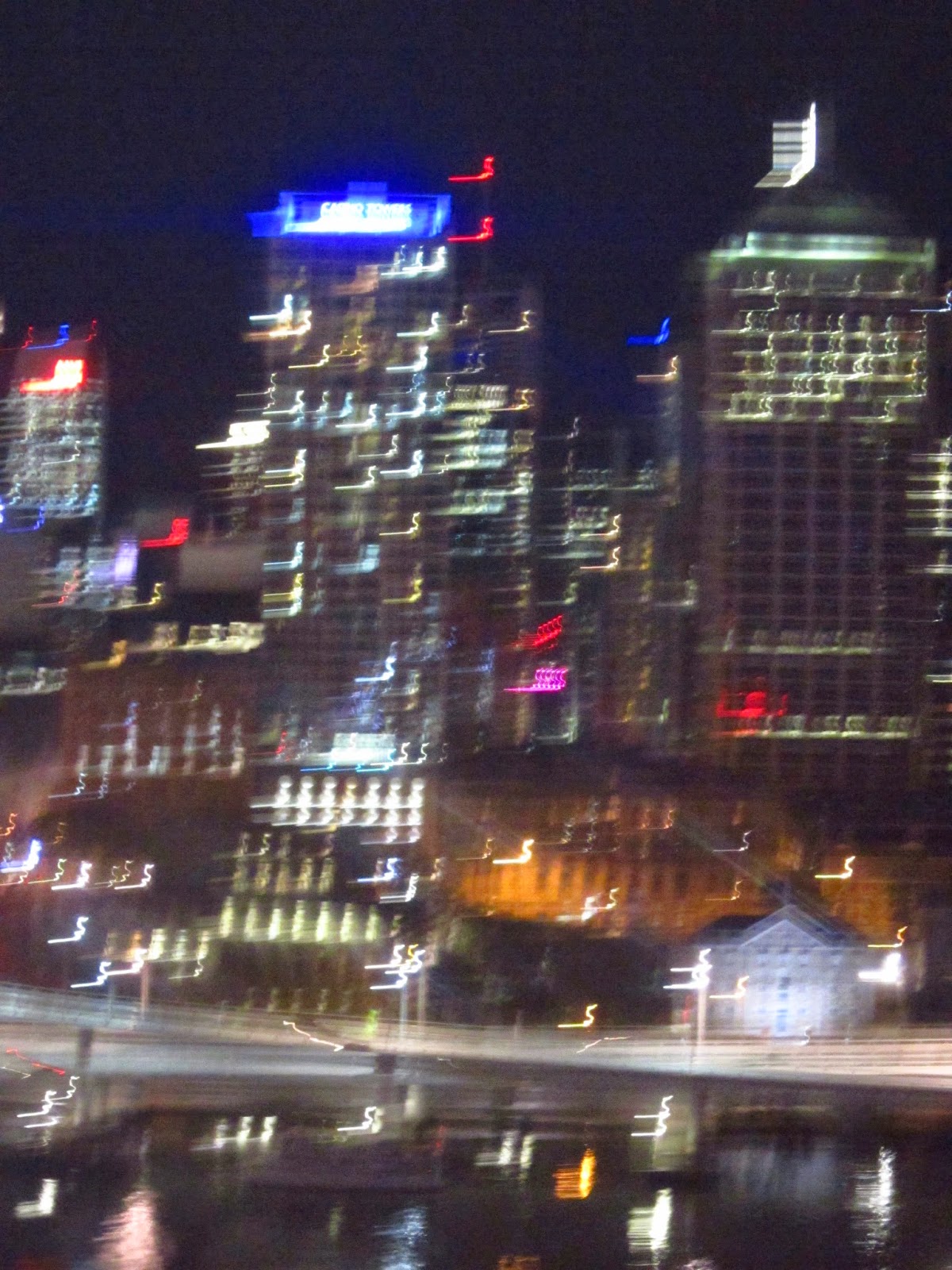 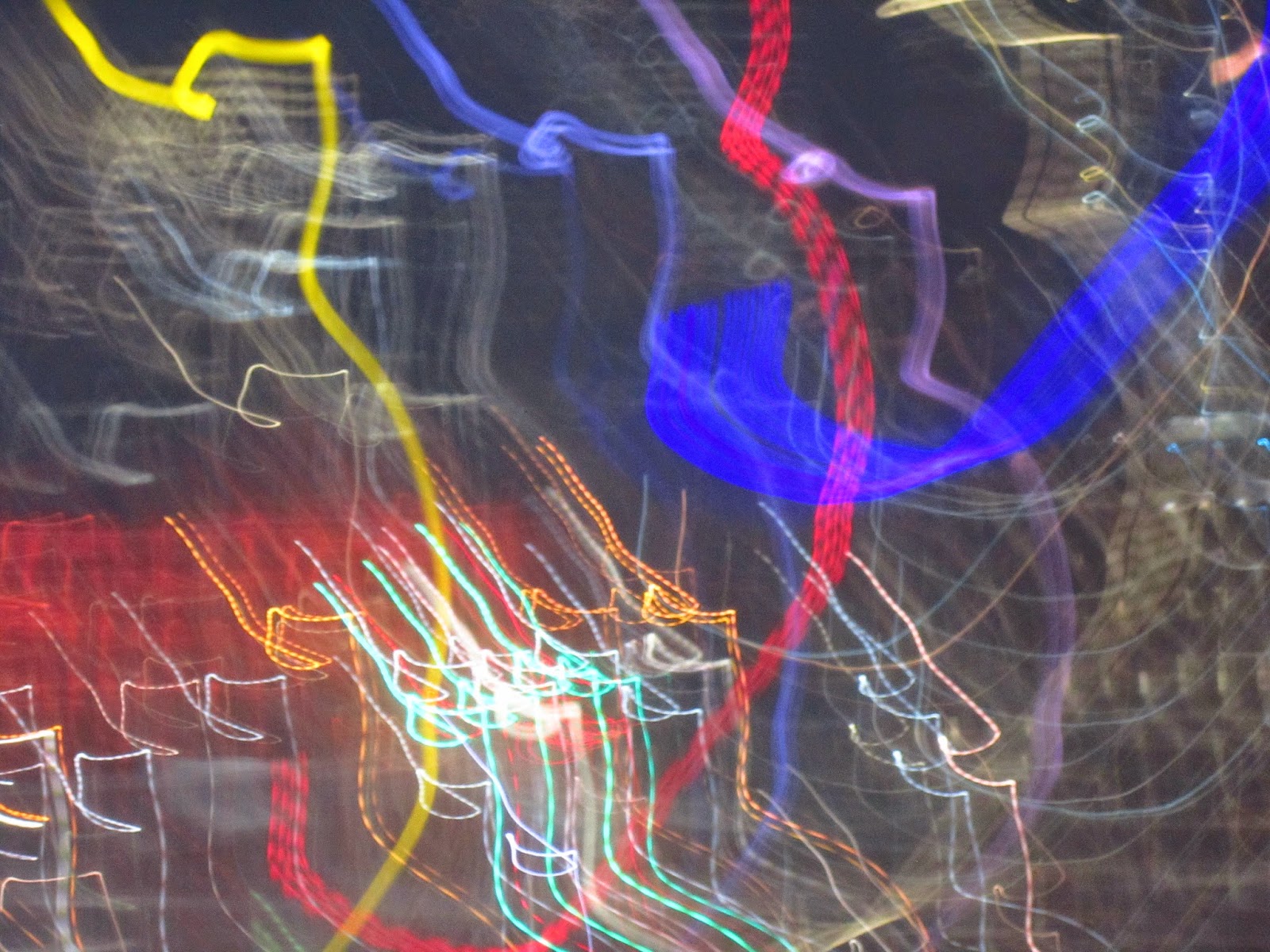 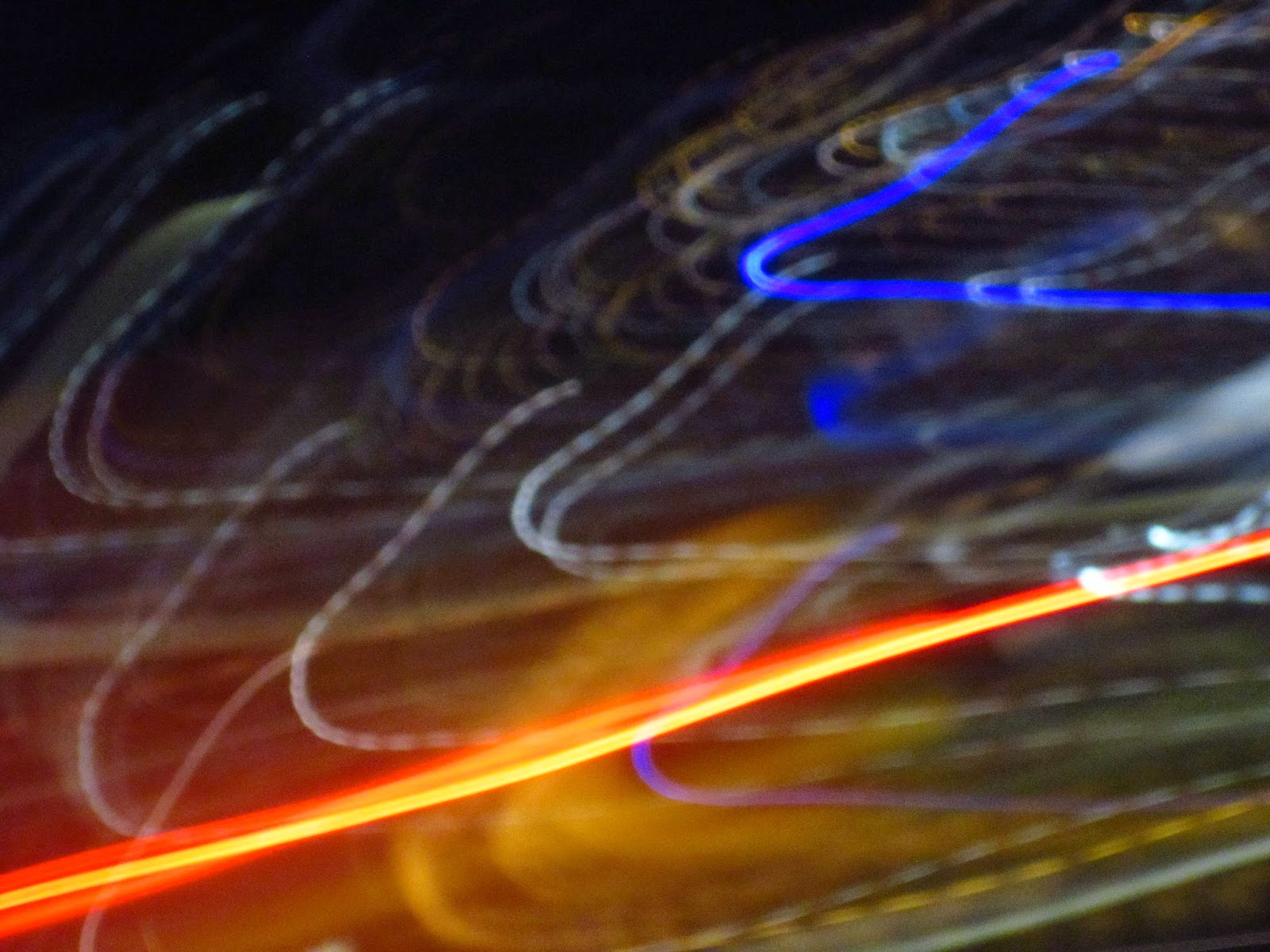 The tailing photographs show off my love for light-motion effects on low light photography, although their arrangement looks more like my camera and I had an episode.